Who Is New Batwoman Javicia Leslie?

Plus, feature film The Batman will get a spin-off series from director Matt Reeves, Fred Savage and Lee Daniels are remaking The Wonder Years, and more in this week's biggest TV and streaming stories.

The CW’s Batwoman character has been rebooted — literally, there’s a whole new person in those boots! In other Bat-universe news, The Batman filmmaker Matt Reeves is developing a Gotham-based series for HBO Max. Plus, Lee Daniels and Fred Savage will tackle The Wonder Years remake, Watchmen and Unbelievable receive the most nominations from the Television Critics Association, trailers have landed for the second seasons of The Boys and The Umbrella Academy, and more of the week’s top TV and streaming news. 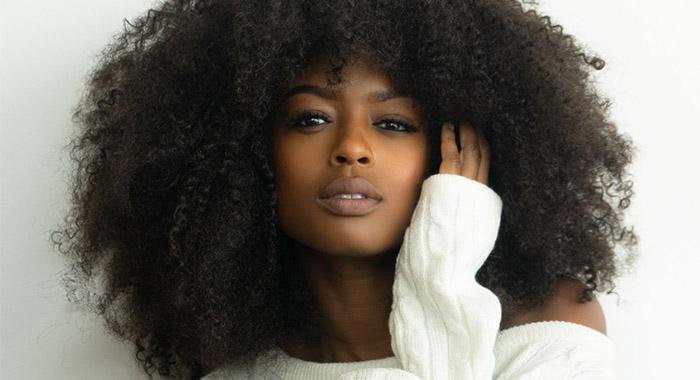 The CW has chosen a new actress to don the cowl vacated when Ruby Rose quit Batwoman earlier this year: Javicia Leslie.

The God Friended Me star is the first Black actress to play Batwoman in a live-action series, and will make her on-screen debut when the series returns to The CW on Sunday nights in January 2021.

“I am extremely proud to be the first Black actress to play the iconic role of Batwoman on television, and as a bisexual woman, I am honored to join this groundbreaking show which has been such a trailblazer for the LGBTQ+ community,” Leslie said.

The actress, who also starred on the BET drama The Family Business, will be playing a new character-behind-the-character on the series: Ryan Wilder, who’s described as: “…likable, messy, a little goofy and untamed. She’s also nothing like Kate Kane, the woman who wore the Batsuit before her. With no one in her life to keep her on track, Ryan spent years as a drug-runner, dodging the (Gotham City PD) and masking her pain with bad habits.

“Today Ryan lives in her van with her plant. A girl who would steal milk for an alley cat and could also kill you with her bare hands, Ryan is the most dangerous type of fighter: highly skilled and wildly undisciplined. An out lesbian. Athletic. Raw. Passionate. Fallible. And very much not your stereotypical all-American hero.” 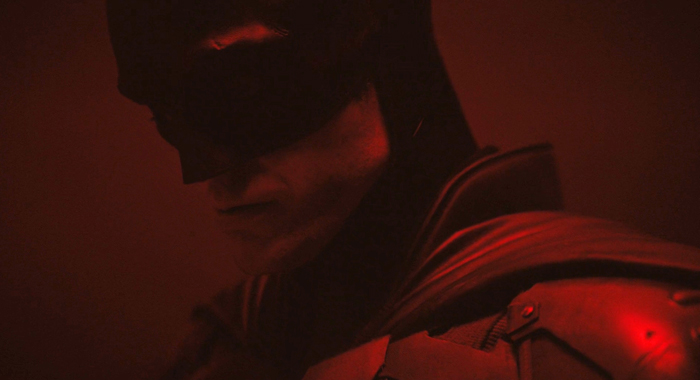 The Batman filmmaker Matt Reeves has committed to develop a spin-off series of his film for HBO Max.  The DC drama will focus on the Gotham City police department and is being developed by Matt Reeves, Boardwalk Empire creator Terence Winter, The Batman producer Dylan Clark, and Warner Bros. Television. Winter will write the series, which is set in The Batman feature film world and explore corruption within the GCPD.

“This is an amazing opportunity, not only to expand the vision of the world I am creating in the film, but to explore it in the kind of depth and detail that only a longform format can afford — and getting to work with the incredibly talented Terence Winter, who has written so insightfully and powerfully about worlds of crime and corruption, is an absolute dream,” Reeves said in a statement.

The series is the first television project for Reeves under his overall deal with the Warner Bros. Television Group. Warner Bros. Pictures’ The Batman is scheduled for release in October 2021. The film stars Robert Pattinson as Batman/Bruce Wayne, Zoë Kravitz as Selina Kyle (aka “Catwoman”), Paul Dano as Edward Nashton, Jeffrey Wright as James Gordon, John Turturro as Carmine Falcone, Peter Sarsgaard as D.A. Gil Colson, Andy Serkis as Alfred, and Colin Farrell as Oswald Cobblepot (aka “The Penguin”).

No word yet on whether any of the film’s stars will appear in the series. 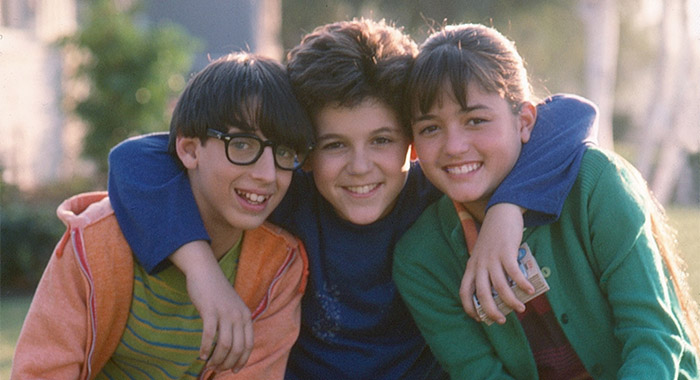 Retro TV has been one of the great comforts of the pandemic for many viewers, and ABC is hoping a new version of an old family favorite will also click with fans. The network is teaming with Empire creator Lee Daniels and The Wonder Years star Fred Savage on a new version of The Wonder Years that would revolve around a Black middle class family in Montgomery, Alabama in the 1960s.

Savage, who would be a director on the new series, starred in the 1988-93 original, which revolved around the Arnolds, a middle class family in the 1960s (their hometown was never specified). Savage played the series’ central character, teen Kevin, while Daniel Stern played the adult version of Kevin in the show’s trademark voiceover.

E! News reports ABC has given the remake a pilot production commitment, with Daniels as the executive producer, along with writer Saladin Patterson, Marc Velez, and Savage. Neal Marlens, co-creator of the original series, will be a consultant on the project. 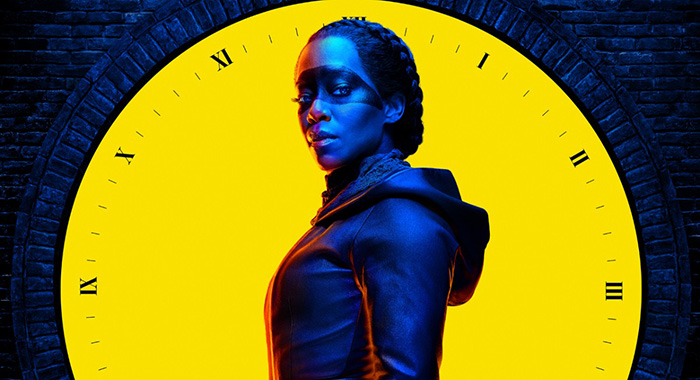 The Television Critics Association has announced the nominees for its 2020 awards. HBO leads with 16 nominations, including four for its Watchmen. Netflix drama Unbelievable ties the masked-vigilante series for the most nominations.

Disney+ Star Wars series The Mandalorian, ESPN’s The Last Dance, Hulu’s Ramy, HBO’s A Black Lady Sketch Show, FX on Hulu’s Mrs. America, and AMC’s Better Call Saul are some of the other notable nominees. Below are a few category highlights:

Winners will be announced later this summer. To see all of the nominees, visit TVCritics.org.

On the heels of last week’s news about Westworld creators Jonah Nolan and Lisa Joy adapting Fallout as a TV series, comes news about another pair of video game–tied TV series.

At TBS, The Sims meets Project Runway–style competition for The Sims Spark’d, in which the best Sims players in the world compete to impress judges with the most outstanding game creations.

And John Wick co-writer Derek Kolstad is adapting the shoot-’em-up game My Friend Pedro as a half-hour dramedy, with Deadpool 2 and Hobbs & Shaw director David Leitch as an executive producer on the project. The twist-filled game follows a person who wakes up in a butcher shop, where a talking banana – the titular Pedro – urges him to commit murder. 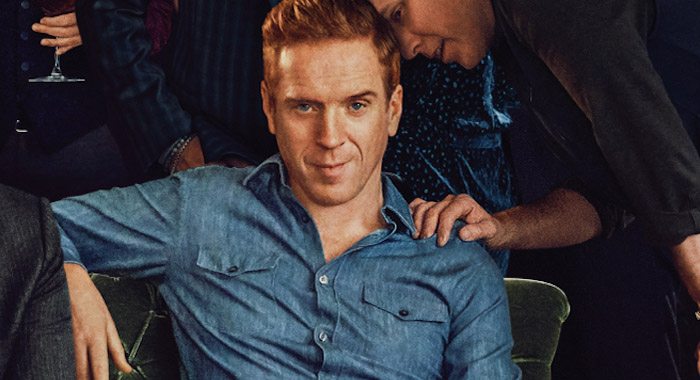 Homeland and Billions star Damian Lewis (pictured) and The Wire and The Affair star Dominic West are in negotiations to team up for a limited series adaptation of Ben Macintyre’s bestselling Cold War book A Spy Among Friends for Spectrum Originals. The six-episode thriller unfolds the story of real-life British spy Kim Philby (West), who defected to the Soviet Union, and his complicated friendship with fellow British intelligence officer Nicholas Elliott (Lewis). (Deadline)

The Handmaid’s Tale and Mad Men star Elisabeth Moss is starring in the true crime limited series Candy, in which she’ll play Texas murderer Candy Montgomery, a woman who seemed to have a great personal and professional life, but killed another woman with an ax. Moss will also be an executive producer for the series, which will be pitched to premium cable and streaming outlets.

An Oral History of The Office – a podcast that is exactly what the title suggests – will have a very special host: Office star Brian Baumgartner, a.k.a. chili-making, Kool-Aid Man-impersonating Kevin. The show launches July 14 on Spotify. (EW)

Oscar-nominated Phantom Thread star Lesley Manville will play Princess Margaret in the upcoming fifth season of The Crown on Netflix. She is the third actress to play the royal in the series, following Vanessa Kirby and Helena Bonham-Carter.

Groundhog Day star Stephen Tobolowsky – Ned Ryerson! – said on The Production Meeting podcast that he has been approached about reprising his role as “Needlenose Ned” in an in development TV series adaptation of the movie. 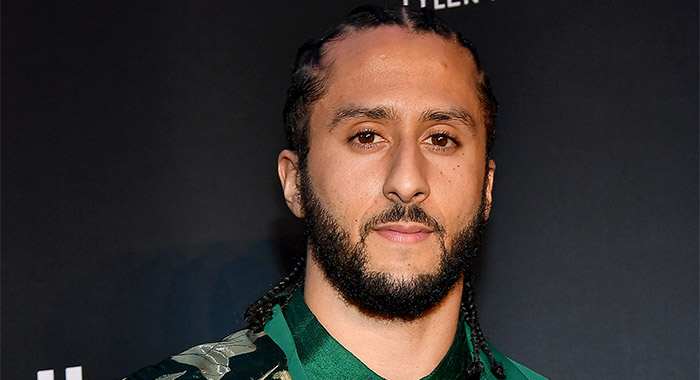 Netflix is not the only platform collaborating with former NFL quarterback and activist Colin Kaepernick: Disney has signed a first-look deal with Kaepernick that will span multiple outlets (including Hulu, Pixar, and The Undefeated) and will kick off with an ESPN docuseries that unfolds his journey across the last five years, in his words. The collaboration, which will include scripted and unscripted programming, aims to “provide a new platform to showcase the work of Black and Brown directors and producers,” as per ESPN. Last week, Kaepernick and Ava DuVernay signed a deal with Netflix to produce a six-episode series about Kaepernick’s childhood.

Mad Men creator Matt Weiner is developing a mystery dramedy series at FX, which we will write, direct, and executive produce. His last series, 2018 drama anthology The Romanoffs, streamed on Amazon. (Variety)

FX and Hulu are teaming with The New York Times for a 10-part docuseries called The New York Times Presents, that will launch on July 10 with “They Get Brave,” an episode about the doctors and nurses and other health care professionals who saw New York City through the breakdown of the health care system in the early days of the pandemic. The series will launch new installments every month, including a documentary about the killing of Breonna Taylor by police in Louisville, Kentucky.

Oprah Winfrey, The New York Times, and Lionsgate are partnering on a series of TV shows and films based on “The 1619 Project,” the 2019 NYT series examining the 400-year legacy of slavery in the United States. The project earned a Pulitzer Prize for its creator, reporter Nikole Hannah-Jones, who will be the creative leader and producer on the TV and film works.

HBO Max has ordered 12 episodes of Young Love, an animated spin-off of the Oscar-winning short film Hair Love, by filmmaker Matthew A. Cherry, about a Black father doing his daughter’s hair for the first time. Cherry created the series and will be showrunner, alongside The Boondocks animator Carl Jones. The series will revolve around the same characters as the short, featuring “an honest look into the world of the Young family – including millennial parents Stephen and Angela, their daughter Zuri and her pet cat Rocky – as they juggle their careers, marriage, parenthood, social issues, and multi-generational dynamics all while striving to make a better life for themselves.” 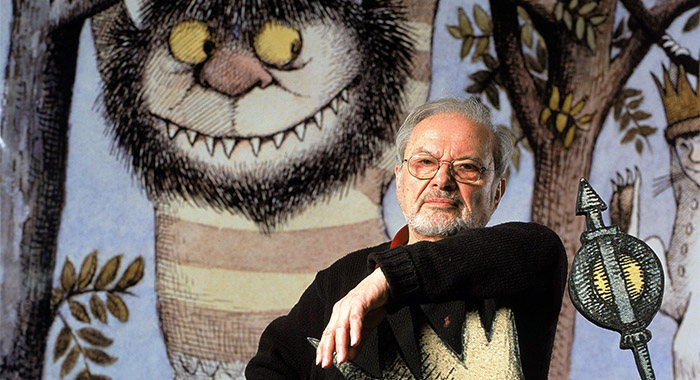 Apple TV+ has signed a multi-year deal with the Maurice Sendak Foundation to create new projects based on the books and illustrations of the Where the Wild Things Are author.

And in more musical news from Showtime, Lena Horne’s granddaughter Jenny Lumet and Alex Kurtzman, both producers on Star Trek: Picard and upcoming series Clarice, are producing Blackbird: Lena Horne and America, a Showtime limited series that will cover the legendary singer’s story, from her days dancing at the Cotton Club when she was a teen through stardom, activism with the Civil Rights movement, and her beloved, Tony-winning one-woman Broadway show, as well as her relationships with Paul Robeson, Count Basie, Duke Ellington, Joe Louis, Billie Holiday, Hattie McDaniel, Ava Gardner, and Orson Welles. (Variety)

The Office star Leslie David Baker has launched a Kickstarter campaign to raise funding for a comedy called Uncle Stan that sounds an awful lot like an Office spin-off. Baker doesn’t specifically call the character Stanley Hudson, but the description sounds very familiar: “After enjoying his retirement in Florida, carving wood, enjoying the white sand beaches, and dancing to old disco, Uncle Stan (Leslie David Baker) gets a call from his nephew Lucky in Los Angeles asking for help with his two kids and running his motorcycle/flower shop. With his business failing, his kids growing up without enough attention, and on the brink of losing his patience with the cast of characters he has working in the shop, Lucky is going to need all the help he can get from no-nonsense Uncle Stan.” Also, one of the perks offered to backers in the Kickstarter campaign: pretzels, which we know is Stanley’s favorite snack.

For families without HBO, a taste of His Dark Materials is streaming now online for free.