Disney plans an Indian princess musical, Ang Lee and his son tackle a Bruce Lee biopic, The Blackening becomes a movie, and Easy Rider gets a remake.

This week’s Ketchup brings you more headlines from the world of film development news, covering such titles as Ballerina, Bruce Lee, Nobody 2, and possibly, Avatar 6 and 7.

JAMES CAMERON HAS PLANS FOR AVATAR 6 AND 7 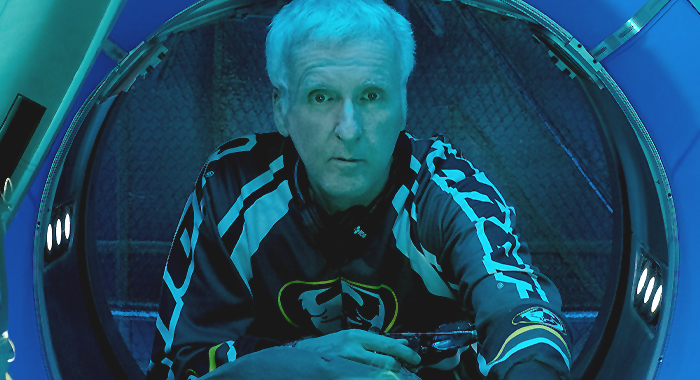 Officially, Walt Disney Pictures has announced four Avatar sequels: Avatar: The Way of Water (the second Avatar movie) (12/16/2022), Avatar 3 (12/20/2024), Avatar 4 (12/18/2026), and Avatar 5 (12/22/2028). Avatar 3 is mostly done filming, and some parts of Avatar 4 have also been filmed, although James Cameron recently talked about possibly ending the franchise with Avatar 3 if Avatar: The Way of Water opens to disappointing box office numbers. A month later, Cameron has now potentially stretched the Avatar franchise in the other direction, revealing in an interview that he has plans for both Avatar 6 and Avatar 7, which, given the current every-other-December pattern, might hypothetically open in December of 2030 and 2032. It should be noted that when James Cameron says he has “plans” for Avatar 6 and 7, that doesn’t mean that he will be directing those hypothetical sequels, as he has also talked about wanting to “pass the baton” to another director for the sequels past Avatar 3. (James Cameron has already filmed parts of Avatar 4, so it’s possible that the person who will inherit the Avatar franchise might already be part of Cameron’s filmmaking crew.)

1. THIS WEEK IN THE JOHN WICK-OSPHERE: BALLERINA, NOBODY 2, AND SIFU

With the Ana de Armas spin-off Ballerina now filming, the John Wick franchise will soon become its own mini-cinematic universe. In addition to that, the three main creatives behind the original John Wick are also working on their own projects, most of which are produced by one of their former collaborators, so this week, we’ll cover three of these directly or indirectly John Wick-related projects in one entry. First off, Lance Reddick has signed with Lionsgate to reprise his concierge character Charon in Ballerina, making him the fourth franchise star to appear in the spin-off after Anjelica Huston as the Director, Ian McShane as Winston, and Keanu Reeves as John Wick himself. Ballerina is being directed by Len Wiseman (Underworld, Underworld: Evolution), which makes it one of the few John Wick-related films not directed by someone involved with the first movie. Elsewhere, Bob Odenkirk also talked this week about plans to begin filming the sequel to his action film Nobody (Certified Fresh at 84%) sometime in 2023. Original John Wick screenwriter Derek Kolstad wrote the first Nobody, but John Wick co-director David Leitch is currently working on Nobody 2. A possible reason Derek Kolstad isn’t writing Nobody 2 is that he is now working on an adaptation of the video game Sifu, about a martial arts student seeking to avenge the death of his mentor aided by a magical talisman that resurrects him every time he dies.

To date, the “Disney Princess” movies have drawn from a variety of cultures around the world, including Native America (Pocahontas), China (Mulan), Scotland (Brave), and Polynesia (Moana). Considering how many of these films are musicals, one culture that has always been conspiculously absent from the Disney Princess canon is India, but that’s something Disney is now actively planning to address. Walt Disney Pictures has commissioned director Gurinda Chadha (Bend It Like Beckham) to develop an original musical feature (presumably live action, but it could be animated) to be inspired by a “dynamic princess from Indian history.” Neither Disney nor Chadha have revealed which princess from Indian history will be the subject of this mystery Disney musical.

Martial arts superstar Bruce Lee died at the height of his fame in 1973 at the age of just 32. One of the immediate reactions was a wave of 1970s martial arts films now called “Brucesploitation,” which featured such stars as Bruce Li, Bruce Le, Bruce Lei, and Bruce K.L. Lea. More recently, the life of Bruce Lee has been adapted into several biopics, including Dragon: The Bruce Lee Story (Fresh at 74%), Young Bruce Lee, and Birth of the Dragon (Rotten at 23%). Sony Pictures has finalized a deal to produce a new Bruce Lee biopic that will be directed by Ang Lee (Crouching Tiger, Hidden Dragon; Life of Pi). Ang Lee is no relation to Bruce Lee, but he is directly related to his film’s star, his son Mason Lee, who has been training in martial arts in Asia for the last three years and starring in Hong Kong films like Limbo (Fresh at 83%) and Who Killed Cock Robin (Rotten at 50%), both of which earned him Golden Horse Award acting nominations. The Bruce Lee screenplay is now being adapted by screenwriter Dan Futterman, who previously worked on other biographical films like Capote (Certified Fresh at 89%) and Foxcatcher (Certified Fresh at 87%).

4. CONTROVERSIAL PUNK ROCKER GG ALLIN TO GET HIS OWN BIOPIC

In the 1980s and early 1990s, there was a single punk rocker who could claim to be the most offensive and controversial of his stripe. Any venue that booked GG Allin needed to be prepared for repairs and detailed cleaning afterwards, as Allin’s act routinely included things people normally do in a restroom, but it all ended in 1993 when he died of a drug overdose at the age of 36. Now, the outrageous life of GG Allin will be adapted as a biopic called GG Allin: Live. Fast. Die., to be directed by Swedish music video director Jonas Åkerlund, whose “Ray of Light” video for Madonna won a Grammy Award. Jonas Åkerlund has also directed such feature films as the speed freak drama Spun (Rotten at 37%) and Lords of Chaos (Fresh at 72%), about the controversial Norwegian death metal scene of the early 1990s, so a GG Allin biopic is probably the next logical step.

In 2018, Comedy Central first aired a four minute sketch called The Blackening (which you can watch right here), playing on the horror movie trope that “The Black Dude Dies First.” Five years later, The Blackening will be expanded to a full horror comedy feature film that Lionsgate has scheduled for June 16, 2023, the Friday before Juneteenth weekend. The Blackening was directed by Tim Story (Ride Along, Think Like a Man) and features an ensemble cast that includes Antoinette Robertson, Dewayne Perkins, Sinqua Walls, Grace Byers, X Mayo, Melvin Gregg, Jermaine Fowler, Yvonne Orji and former Saturday Night Live star Jay Pharoah.

6. WHY MARVEL’S NAMOR WILL NEVER GET HIS OWN MOVIE

Marvel’s underwater superhero Namor the Sub-Mariner may have appeared in the very first issue of Marvel Comics in 1939, but it took the character 83 years to make his live-action feature film debut in the 30th film in the Marvel Cinematic Universe, Black Panther: Wakanda Forever (Certified Fresh at 84%). Given Namor’s long history in the comics, many fans have probably been wondering all along why Marvel Studios didn’t produce a Namor movie much earlier (such as, before DC’s Aquaman). There are actually multiple reasons, but the simplest explanation involves the strategy that then-struggling Marvel employed in the 1990s to monetize some of their most popular characters by selling the film rights off, such as how Fantastic Four and X-Men ended up at Fox, and Ghost Rider and Spider-Man ended up at Sony. The third studio that acquired some Marvel characters was Universal Pictures, which held the rights to both the Incredible Hulk and Namor, but attempts to adapt a Namor feature film since the early 2000s never came to fruition. Through some savvy deals, Kevin Feige has been able to get the rights for Hulk and Namor to appear in Marvel Studios movies, but in the case of both, Marvel Studios still does not have the rights to produce and distribute movies starring either character (The Incredible Hulk was actually distributed by Universal Pictures, before Disney took over Marvel). So, we will probably never get a solo Namor movie, but as with Mark Ruffalo’s Hulk, that doesn’t necessarily mean we won’t see a lot more of Tenoch Huerta as the character… He’ll just have to be in other characters’ movies.

In the late 1960s and early 1970s, there were a number of films that defined a “New Hollywood” generational shift, but the film that arguably shook up Hollywood the most was Easy Rider (Certified Fresh at 84%), which was produced on a slim budget under $500,000 and earned a then-blockbuster box office of over $60 million (in 1969 dollars), and boosted the film careers of Peter Fonda, Dennis Hopper, and Jack Nicholson. In the early 2000s, there was news about a possible Easy Rider sequel, but nearly 20 years later, that project still has not materialized. Instead, the rights to Easy Rider went to a different group of investors, who are now developing an Easy Rider remake. The producers are now looking for screenwriters and/or directors who can reboot the film for a new generation in a style similar to the way Creed rebooted the Rocky franchise.