Check out some of the best reactions to the film, and tell us which side of the fence you're on in our poll. 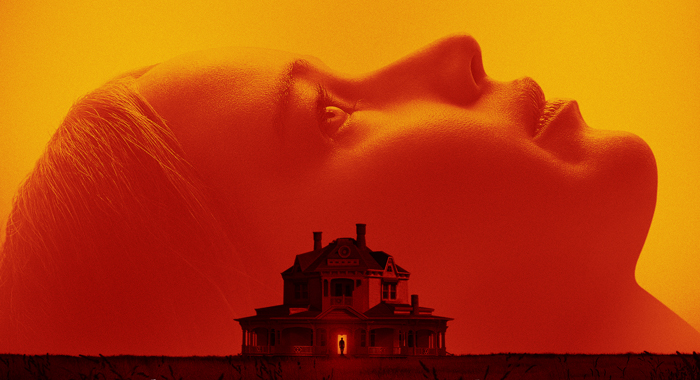 Moviegoers might not be in agreement about Darren Aronofsky‘s mother!, but polarization is a popular topic for conversation. The new thriller, which stars Jennifer Lawrence and Javier Bardem as a couple dealing with unwanted houseguests in their remote country home, received an F grade from opening night audiences polled by CinemaScore, but not everyone considers it to be a failure.

In fact, while the the 14 releases with an F grade via CinemaScore have an unfortunate average Rotten Tomatoes score of 36%, mother! is on the positive end of the spectrum for the bunch with a 69% Fresh rating from nearly 200 reviews. That’s still a considerable split for critics, while ticket buyers have also been mixed on their reactions.

To see just how divisive this movie is, here are some of the most striking positive and negative comments about the movie from the pros and the fans:

A masterpiece that might make even fans of extreme horror movies wince.
– Charles Ealy, Austin American-Statesman

If the sole purpose of art is to create an emotional response, mother! is a masterpiece.
– Bryan Bishop, The Verge

It’s thrilling to see a major filmmaker and major movie stars explore [these ideas] so boldly and with so little regard for convention.
– Eric D. Snider, EricDSnider.com

Something truly magnificent, the kind of visceral arthouse experience that comes along very rarely.
– Jessica Kiang, The Playlist

What makes mother! brilliant is that it is open enough to read and project your own experiences onto it, which makes it deeply personal and universal.
– Katie Walsh, Tribune News Service

Oh my god I loved mother! — are people talking about how insanely funny it is?
– Rian Johnson, director of Looper and Star Wars: The Last Jedi

The most powerful and terrifying film I’ve seen all year. I loved it.
– Brian Altano, host/producer for IGN

mother! is a masterpiece no doubt.
– Isaiah Thomas, movie fan

mother! was an absolute masterpiece. Hands down one of the best films of this decade.
– Zack Perez, movie fan

A pretentious mess of a film.
– Caryn James, BBC.com

It would be difficult to find a filmmaker who has more contempt for his audience.
– Michael Heaton, Cleveland Plain Dealer

Aronofsky is giving us the finger as well as an axe to the forehead.
– Katherine Monk, Ex-Press.com

May be the vilest movie ever released by a major Hollywood studio.
– Kyle Smith, National Review

Did we mention this movie is pretentious?
– Robert Horton, HeraldNet

Straight up, Mother is a mess.
– Jacque, movie fan

Here is Aronofsky’s personal statement (via Fandango) responding to all the negative reactions:

Look, anytime you throw a punch at the audience, there are going to be people who appreciate it and love it and want more. There’s going to be other people that are going to try to hit back. What bums me the most is that people who are reacting negatively are not responding at all to the craftsmanship and to the incredible performances and dedication of my actors, because they’re undeniably great.

It’s funny, those are the same people who also write about how there’s nothing ever new going on in film. Suddenly, you do something really new and some people don’t dig it.

Look, we knew what we were doing. We knew that we were going to get strong reactions. With all that, there’s also people who are writing really beautiful things about the film that are very inspired and mean a lot. I don’t really follow any of that. I just get the vibe. I knew, when we began this project, it was going to be an intense ride for people.

And here is Paramount’s official statement (via president of marketing and distribution Megan Colligan) responding to all the negative reactions:

This movie is very audacious and brave. You are talking about a director at the top of his game, and an actress at the top of her game. They made a movie that was intended to be bold. Everyone wants original filmmaking, and everyone celebrates Netflix when they tell a story no one else wants to tell. This is our version. We don’t want all movies to be safe. And it’s okay if some people don’t like it.

mother! is currently playing everywhere. Which side of the fence are you on?