Check out the latest Fresh indie releases, including what's in theaters, what's on VOD and streaming, and what's coming soon.

This week for our Indie Fresh List, we have a werewolf horror-comedy, a sweeping romance between two undocumented immigrants, and a documentary that profiles a group of socially conscious nuns from the 1960s who fought the patriarchy of the Catholic Church. 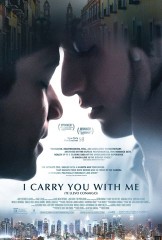 Jesus Camp director Heidi Ewing makes her narrative debut with I Carry You With Me, a heartfelt LGBTQ drama that follows two men, Iván and Gerardo, as they meet, fall in love, and travel to the states from Mexico in search of a better life. It’s a sweeping romance that follows the pair in chapters from their childhood up to the present day, and it won the Sundance NEXT Innovator Award and the audience award for its category. Carlos Aguilar wrote for Remezcla, “Ravishing and unshakable, Ewing’s authentic film feels like the crossbreed between a painful memory and a hopeful dream about a place, a relationship and a fight for acceptance that’s not political but entirely humanistic.” 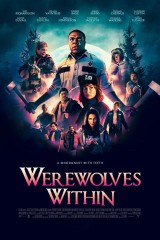 Highly rated horror-comedies are always a fun watch, but when you add in werewolves, things just get even better. Werewolves Within utilizes this formula and serves as a whodunit and a what-dunit. Moreover, this is worthy watch whether or not you were a fan of the VR game on which it’s based. If you’re into Among Us, you would also feel right at home; just add a werewolf into the mix. Stacked with an all-star cast of comedy/improv heavyweights led by Veep‘s Sam Richardson, Werewolves Within is “a new comedy classic whodunnit in the honored tradition of Clue [that] finds the laughs in the jump scare and brings back the uproarious joy of the ‘it’s behind you!’ creeping fright,” writes Richard Whittaker of the Austin Chronicle. 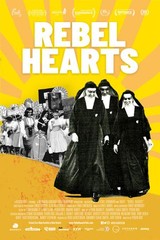 A group not known for political activism in the 1960s, the Sisters of the Immaculate Heart of Mary fought an all-powerful Cardinal, and their activism reshaped the Catholic Church and inspired similar movements like the Women’s March. The nuns waged their battle for equality in Los Angeles when similar movements were taking shape across the nation. “Both inspiring and revelatory, sharing the life wisdom of its well-educated subjects and a danceable soundtrack curated by music supervisor Tracy McKnight, Rebel Hearts is a blessed and joyful movie,” writes Thelma Adams for AARP.

96% The Amusement Park (1973) , about an elderly man living out the isolation as the pains, tragedies, and humiliations of aging via the allegory of a real-life amusement park.

82% Caveat (2020) , a thriller about a drifter with partial memory loss discovers the house he is hired to care for is somehow linked with the terrifying resurgence of his own memory.

98% Drunk Bus (2020) , a comedy about a recent graduate who is hired as a security guard to watch over the night shift and befriends a 300-pound tattoo-faced Samoan.

90% High Ground (2020) , an Australian neo-Western about a former army sniper who has PTSD is unwittingly roped into a vicious battle between the army and an indigenous klan in the Australian outback.

99% Miss Juneteenth (2020) , a drama about a single mother who coaches her daughter in the Miss Juneteeth pageant, which she won shortly before becoming unexpectedly pregnant.

68% P!nk: All I Know So Far (2021) , in which Grammy-award-winning artist P!nk opens her life up for an intimate look at how she balances life as a rock star and full-time mom.

96% Rita Moreno: Just a Girl Who Decided to Go For It (2021) , a biographical doc about Rita Moreno, who chronicles her multi-decade career in front of the camera as well as the triumphs and tragedies she experienced behind the scenes.

100% Sisters on Track (2021) , which follows two gifted sibling runners as they compete and excel in track and field while struggling with homelessness.

89% Undine (2020) , a fantasy drama about a young woman with a secret who is forced to find a way out of her fated return to the sea when the man she loves abandons her.