Plus, Mid90s, Bodyguard, The Chilling Adventures of Sabrina, and Burning are Certified Fresh. 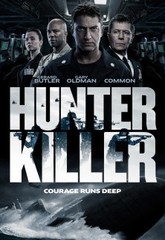 There’s solid drama to be mined from the undersea adventures of dozens of men tossed into a weaponized metal tube and expected to traverse the ocean in covert exercises. See Das Boot, The Hunt for Red October, or Crimson Tide, for starters. This week’s Hunter Killer, which stars Gerard Butler and Gary Oldman in a thriller about a high-stakes submarine rescue mission, aims to join the ranks of those classics by combining geopolitics and good, old-fashioned blockbuster action. Unfortunately, critics say the film is neither thoughtful enough to fully explore any complex themes nor directed with enough pizzazz to work even as an effective B-grade time-killer. Hunter Killer may satisfy those looking for an undemanding, by-the-numbers actioner, but it’s not likely to excite anyone who’s ever seen any submarine thriller before. 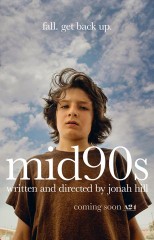 With so many films about youth culture available for anyone with a streaming account to watch, it’s increasingly rare to find a coming-of-age film that isn’t either frustratingly derivative or cloyingly sentimental, much less one that’s also a directorial debut. Luckily, Jonah Hill has apparently managed to avoid doing that in his first feature behind the camera. Mid90s follows the life of 13-year-old Stevie (Sunny Suljic), a Los Angeleno who hooks up with a new group of friends at his local skate shop and experiences a summer of discovery, and critics say it’s a touching, earnest look at growing up that depicts the titular decade affectionately without fetishizing it. It’s a promising first outing for Hill in the director’s chair and a reminder that he’s come a long way from his stoner comedies just a decade ago. 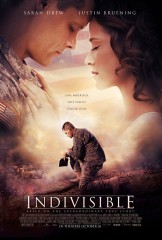 The hardships endured by military families are well familiar to a vast swath of the population, and the toll they exact is ripe material for sensitive storytelling. Enter Pure Flix’s Indivisible, based on the true story of a U.S. Army chaplain who was deployed to Iraq not long after graduating from seminary school, leaving behind his wife and three children. While we’d love to tell you what the reviews say about the drama, it wasn’t screened for critics. Faith-based films typically rely on a built-in audience and word of mouth, but you know the drill. Guess that Tomatometer!

Bodyguard maintains a palpable tension throughout its pulpy proceedings to create an absorbing and addicting psychological thriller.

Despite promising performers, Heathers‘ aspirational angst is let down by its blunt, misguided attempts at social commentary.