On its 25th anniversary, Alicia Lutes reflects on how the Robin Williams comedy helped her -- and many children like her -- find hope in a difficult time. 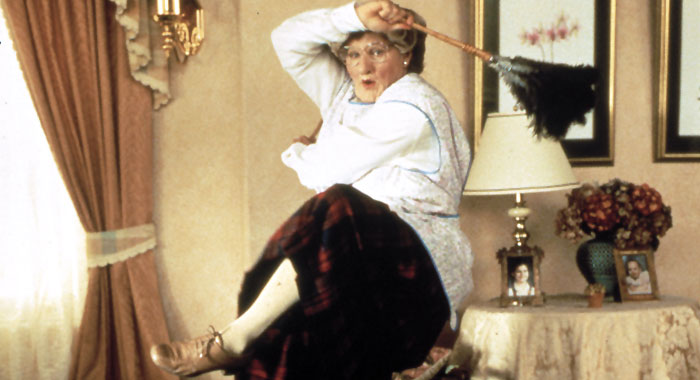 I saw Mrs. Doubtfire at the exact right moment. It wasn’t on the day it came out, but maybe a year and a half later. My parents were about to embark on what would end up being a nasty divorce, and my father was no longer living at home. It was well before the “50% of marriages end in divorce” world we’re all deeply familiar with now, and my parents’ separation made me feel like an outlier in our slightly Stepford-ish Connecticut town. I didn’t know anyone else whose parents were divorced. Would we survive it? It felt like the end of the world.

My two younger siblings and I watched Mrs. Doubtfire for the first time on VHS, a rare universally approved pick from the local Blockbuster. Instantly, we were transfixed by Robin WIlliams’ effortless charisma. This was the dad that every kid wanted, and in my 9-year-old eyes, my father was a hilarious hero much like Daniel Hillard, an energizer bunny of a mostly stay-at-home dad, especially compared to my far grumpier workaholic mother. You’d expect a story like this to totally villainize the mother, but what happened was something far different. The film quickly became a tender ode to modern families when love simply isn’t enough, and what happens when families break apart for the better. 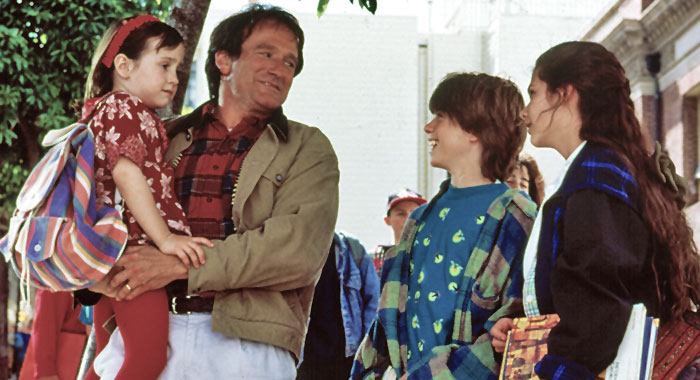 Mrs. Doubtfire showed that life could not only be okay after divorce, but that in some cases it was the best case scenario for everyone involved. It was clear that the Hillards were dysfunctional and in pain. Dan and Miranda (Sally Field) were in precarious positions and relying on slightly toxic habits to stay mentally afloat. And stuck in the middle of it were Lydia (Lisa Jakub), Chris (Matthew Lawrence), and Natalie (Mara Wilson), who were as lost and confused by this brave new world as my two younger siblings and I were, and who in many ways mirrored myself and my younger brother and sister. All of us, real or fictional, were desperately in need of our father’s love and support, and rendered emotional and reactionary by all the new, seemingly unnecessary changes, complicated by a not entirely effective court system. But the film also provided us something else: a glimpse into the secret lives of parents.

Look at the lengths to which Dan Hillard was going: He was willing to risk everything to see and be with his kids! I needed to believe that there was a reason why my father wasn’t around, why this was all “for the best” in spite of it feeling like the worst. Mrs. Doubtfire’s outlandish scenario gave me hope — after all, being Mrs. Doubtfire made Dan a better father (and even at a young age, I knew my father could stand to be a bit more, well, fatherly). 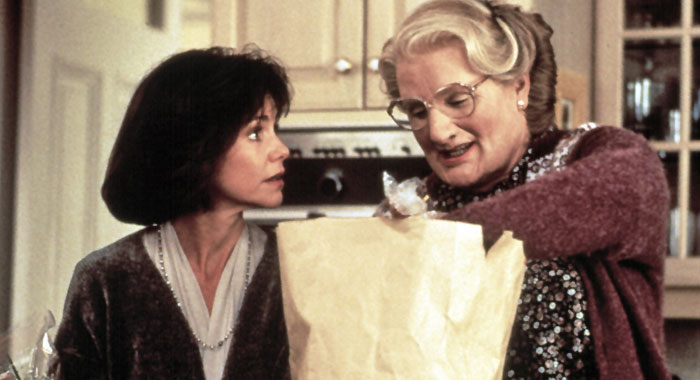 Watching it again as an adult proves the film to be even sweeter in that regard. Now a woman of 32 with much more context not only for my parents’ divorce, but the lives of moms and dads, I notice a real sense of compassion for both of the parents in the writing. “When I’m not with Daniel,” Miranda admits to Mrs. Doubtfire at one point, “I’m better. And I’m sure he’s better without me, too.” And we saw throughout the film how true that was: Without Miranda there to pick up the slack and give Daniel the easy out on enforcing responsibility and general childcare, he had to learn to step up. And without having to feel like a constant nag and familial buzzkill, Miranda was able to chill out a bit. Mrs. Doubtfire really did effectively co-parent with her! Being apart made them both better parents.

And Daniel’s speech at the court; the love he had for his kids? How badly he needed them? That he wanted them in his life even after the divorce, and would do whatever it took to do so? It’s exactly what a young child wants to hear about fathers. That even when we don’t see them or have them around, they’re thinking about, fighting for, and caring about us, ’til the end. Of course, the film isn’t perfect, but its heart was earnest in its intent. 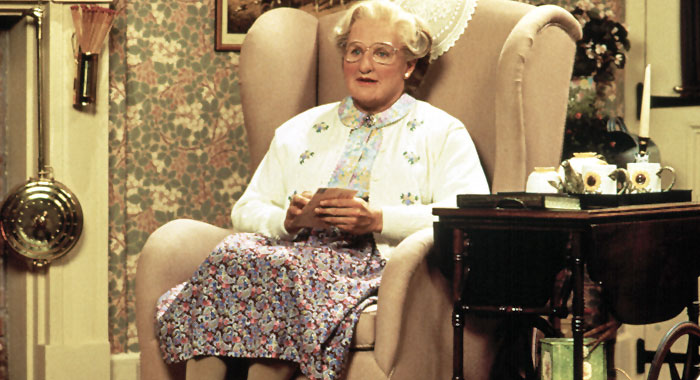 My father did not turn out to be anything like Daniel Hillard during or after the nasty battle that followed, but the magical potential I saw in Mrs. Doubtfire of what life could be in a divorced family brought my tiny heart hope. It made the whole ordeal feel less ostracizing and more survivable. Maybe dad wasn’t around because he was out there looking for a job and a good home for us to be able to visit — and after all that happened, mom would be happier, and so would dad, and we’d all be okay in the end. Because “there are all sorts of different families,” as Mrs. Doubtfire tells Katie McCormack at the end of her children’s show, “but if there’s love, dear… you’ll have a family in your heart forever.” 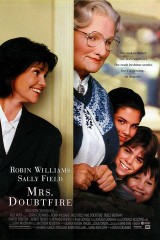