TAGGED AS: based on movie, FOX 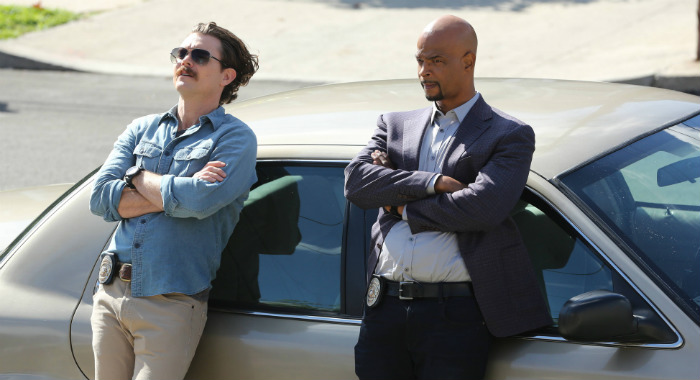 Fox’s Lethal Weapon wasn’t the only movie-to-TV remake to debut in 2016. In fact, it wasn’t even the only TV adaptation of a popular movie to debut on its network in the same week — The Exorcist bowed two days later.

While The Exorcist finished its first season with little fanfare — but with a 78% Tomatometer score — Lethal Weapon scored an early second season order. The series is based on the movie franchise of the same name that starred Danny Glover and Mel Gibson as cop partners and unlikely friends Roger Murtaugh and Martin Riggs. The Lethal Weapon TV show stars Damon Wayans and Clayne Crawford in those respective roles as they banter, emerge safely from explosions and multi-story falls, and investigate the tragic death of Riggs’ wife and unborn child.

Ahead of the season finale, Rotten Tomatoes spoke to showrunner Matt Miller about the secret behind creating a successful remake, what’s ahead in season 2, and the emotional season 1 ender that will see Riggs make a shocking discovery about his wife’s death that will lead him back to the cartel in search of more answers. 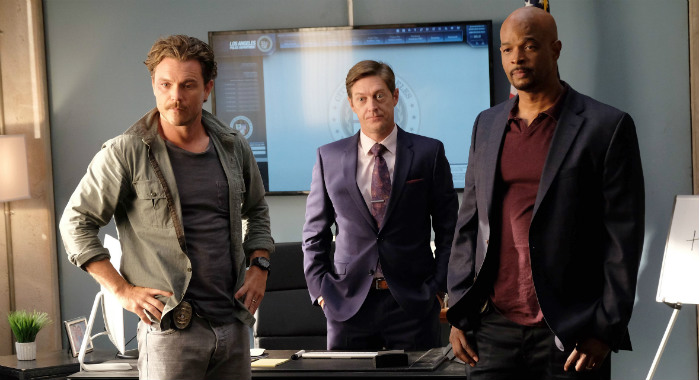 Jean Bentley for Rotten Tomatoes: Amid all the remakes that have premiered in the past year, what do you think it is about Lethal Weapon that people latched on to?

Miller: It’s an unbelievably competitive environment, and while I think there’s an advantage to doing a remake that we’ve done, with the recognition and the brand name, there’s also a tremendous downside in that it’s been done unsuccessfully a number of times. And so you have to deal with the baggage of the shows that have not worked. I can’t really speculate why those particular shows didn’t work, but for us, what we always tried to do was take the spirit of what those movies were and tone of what the movies were and then tell our own story and forge our own path.

RT: How much do you take from the films?

Miller: I’m not interested in using those movies as this immovable bible that we have to adhere to, but rather that we got the tone of the two guys. We were able to cast two guys in Clayne and Damon, who are terrific, and hopefully their chemistry sort of makes you forget about the movies a little bit, and just forge our own paths so we don’t feel beholden to anything in the movies. That said, we introduced Leo Getz because he was a beloved character from the movies and it was really fun for us.

RT: Will there be more references to the movies in season 2?

Miller: We try as much as possible to do little winks and nods to the movies. For me, the first movie was the one that resonated the most for me emotionally because it was about a guy that was really damaged and broken and these two guys need each other to become whole again. And then of course Leo Getz is in the second Lethal movie. Those are the only things that I really felt strongly about introducing. Throughout the course of the season there are little things, like the action set piece in episode five with the defibrillator, which was a little wink and a nod to the action set piece in the first movie where Riggs was being electrocuted. 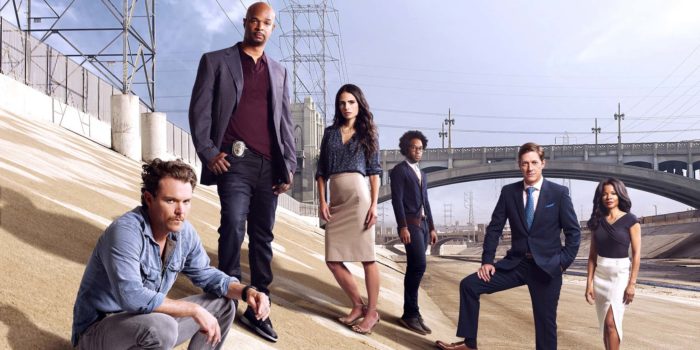 RT: How did you balance the emotion and the action?

Miller: For me, the tone is everything. Some episodes are certainly lighter, like the Leo Getz episode, and some episodes are a little heavier, like our season finale, which is the heaviest, most intense episode that we’ve done this season. But we’ve kind of run the gamut with it. As long as we feel like we’re being true to our characters … for me the most compelling part of the show — there’s certainly the comedy and then the action sequences, which we work very hard on — but I think the emotional part of the show is what I enjoy the most and I think it’s what audiences have told me was the most surprising part of the show. You know you’re going to get the fun banter between the guys, and you know you’re going to get the action stuff, but it sort of sneaks up on you sometimes when scenes and moments and episodes become a little more emotional than people were expecting.

RT: Murtaugh’s wife, Trish (Keesha Sharp), is such a strong character — was that something you purposefully wanted to include?
Miller: It was really important to make the show feel as contemporary as possible, and so the idea of Trish being this wife who was staying at home and wringing her hands [was a no go. We wanted] to really make her empowered. From the beginning of the season we see they live in this big house, but the idea is that they’re able to afford that life because Trish really is the breadwinner of the family. Making her this high-powered dynamic defense attorney helps add another layer to the show and gives us a really formidable actor and character to play off of, and I think that’s something we’re going to get more into in season two.

RT: Speaking of the season 2, how will the finale set things in motion for next year?
Miller: Episode 18 has some very, very surprising moments, and some questions are answered but then other questions are raised and it certainly ends with a bit of a cliffhanger for the season. We’ll pick that up at the beginning of season 2. But season 2 will have a different season-long mythology that season 1 had. We’re not going to abandon the mythology that we had in season 1, we’re going to build on it and we’re going to tell a story that doesn’t just deal with Riggs and his dead wife, Miranda, and the cartel. It’s going to open up and tell a different story completely unrelated to that while still keeping that story alive.

RT: Riggs has tried to start dating a little, but will he get some closure that will allow him to pursue someone in earnest in season 2?

Miller: I think the great love of Riggs’ life was Miranda, and he’ll always have that wound and he’ll always be trying to recover from that. For Riggs, more importantly it was his one shot at what he thought could be happiness — or some kind of a normal, domestic life. That was taken from him when she died. What Murtaugh has I think he thinks he’s never going to have again. So he’s going to try different relationships, be it with Palmer [Hilarie Burton] or certainly there’s a little bit of flirtation and the beginnings of at least an emotional connection with Cahill [Jordana Brewster]. He’s got to evolve. He can’t just be a guy who’s gazing into the abyss for five seasons mourning the death of his wife. We want to see him moving on and we want to see him trying life out even if it doesn’t always work for him.

RT: What are you proudest of accomplishing this season?
Miller: We’re really proud of the show that we made in season 1. Going into this thing, you have that challenge of how many remakes have been done and haven’t been done well, and also that people feel like the movies are the gold standard and you’re not allowed to touch that. Certainly Mel Gibson and Danny Glover played those roles incredibly well. But I think the thing that I’m most proud of is the chemistry and the relationship between Murtaugh and Riggs and that you watch the show and you don’t really think about Danny Glover and Mel Gibson. You just see these guys as being Murtaugh and Riggs and you believe it.