Changing the Dialogue: How Digital Creators Are Reshaping Film Criticism

More About the Critics 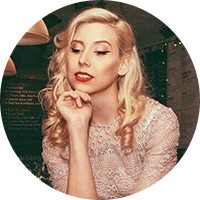 Hazel Hayes is a writer, director, and filmmaker who has made a name for herself as part of YouTube’s online creative community. She is best known for a video series called Tipsy Talk, in which she sits down with various actors, directors, and filmmakers over a drink to talk about their latest movie (notable guests include Margot Robbie, Daisy Ridley, and Taika Waititi). Aside from writing, directing, and producing her own short films and web series, Hayes also produces video essays on current films, with the perspective of someone who is breaking into the industry herself. 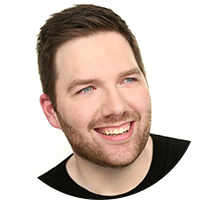 Before joining YouTube in 2011, Chris Stuckmann began reviewing movies on IMDb, Yahoo Movies, and his own independent blog. Now, nearly seven years later, Stuckmann has amassed over 1.2 million subscribers that come for his honest and straightforward reviews of movies, video games, and anime. His videos also tackle larger themes within the film industry, such as “The Problem with Horror Movies Today” or “A Rant on Annoying Moviegoers.” He is the author of The Film Buff’s Bucket List: The 50 Movies of the 2000s to See Before You Die. 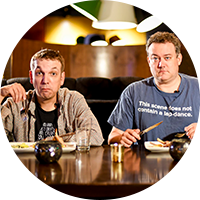 CinemaSins is best known for calling out exactly what’s wrong with your favorite film. Their “Everything Wrong With…” videos – each of which gets millions of views – nitpick entire movies for everything from plot holes, continuity errors, to just plain nonsense. In recent years, CinemaSins has shaken up the film industry, ruffling feathers of directors who take their satirical critiques a little too personally. But with a subscriber base of over seven million, it seems like more than enough people are in on the joke. 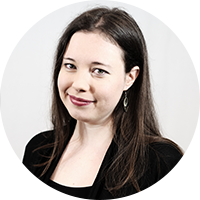 Lindsay Ellis is a video essayist with a bachelor’s degree in Cinema Studies from New York University and a master’s degree in Fine Arts and Film and Television Production from the University of Southern California. She is best known for taking academic concepts from film studies and applying them to her in-depth and extensively researched video essays about film. From 2008 to 2014, Ellis created content under the moniker “The Nostalgia Chick” — the direct female counterpart to Doug Walker’s Nostalgia Critic. Now, Ellis creates video essay content independently, taking a closer look at films like the Transformers series, Phantom of the Opera, and various beloved Disney animated films with cultural and social lens. 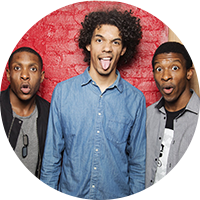 After getting into an argument on Facebook about whether or not Blue Streak was Martin Lawrence’s best performance, New York comedians Jonathan Braylock, James II, and Jerah Milligan started Black Men Can’t Jump (In Hollywood). The podcast that reviews current and past films with leading actors of color and discusses them within the context of systemic racism in Hollywood. At the end of each episode, they give the film a personalized rating – a Black fist, a white palm, or nothing – based on whether or not it furthers the cause of having leading actors of color in the entertainment industry. Podcast guests have included Keegan Michael Key, Roy Wood Jr., and Phoebe Robinson. 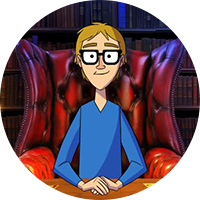 Nick Hodges is the brains behind History Buffs, a YouTube channel that reviews movies based on their historical accuracy. Hodges combines his background in creative writing and film with his love for history to produce deeply-researched long form videos that challenge the historical accuracy of everything from the Game of Thrones series to Saving Private Ryan. 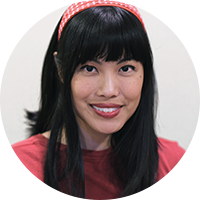 Alachia Queen is a YouTube film critic that uses her reviews of popular movies to open up a dialogue about larger social issues. She particular covers issues of race, gender, and sexuality in her series, “Water Cooler Chat,” where she has tackled everything from the backlash to the all-female Ghostbusters reboot, to issues of whitewashing in The Great Wall. 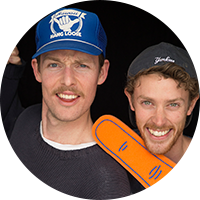 The Worst Idea of All Time
Tim Batt and Guy Montgomery
Auckland, New Zealand
Since 2014

Guy Montgomery was hosting a television show in New Zealand when he met fellow comedian Tim Batt, who would come on his show and do a guest segment where he reviewed toilets. Following the show’s cancellation, Montgomery and Batt decided to channel their comic chemistry into The Worst Idea of All Time, a movie review podcast. Instead of reviewing a new movie every week, however, Batt and Montgomery have reviewed the same movie every week over the course of a year, completing three movies in three years (Grown-Ups 2, Sex in the City 2, and We Are Your Friends). The movie choice is arbitrary — oftentimes based on what would provide the best punchline – and the result is three seasons of a hilariously disillusioned podcast with a cult-like fan following.

Zacole Pasta (We Are Your Friends, Season 3, Episode 1) ► 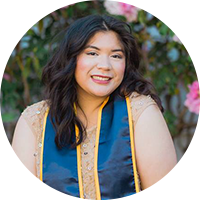 As an arts and culture journalist based in the San Francisco Bay Area and Los Angeles, she specializes in internet culture and cultural criticism. She is a first-generation Filipino-American who was born and raised in the Bay Area. She graduated from UC Berkeley in 2017 with degrees in English and American Studies (Popular Culture) and will graduate from USC Annenberg in 2018 with Master of Arts in Specialized Journalism (The Arts).

She served as the Arts & Entertainment Editor for the Daily Californian, and is the co-founder of FLASH THRIVE Zine Collective. She has been published in East Bay Express, HelloGiggles, Kastor & Pollux, and various other publications. She is passionate about internet subcultures, theme parks, musicals, and Disney Channel Original Movies.