The Legends of Tomorrow threw a major wrench in the space-time continuum by visiting a time the Waverider had already visited before — throwing everything out of whack. Season 3 will see the team rushing to fix the historical anachronisms and aberrations they caused, explains executive producer Phil Klemmer, who also teases an appearance by everyone’s favorite dark arts dabbler, Constantine. 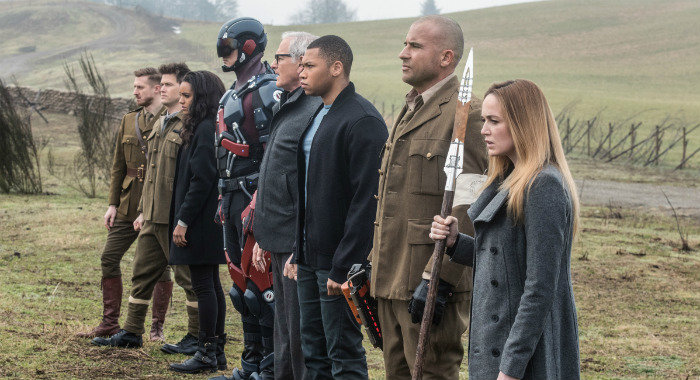 Rotten Tomatoes: The show has reinvented itself every season. How do you think it’s reinventing itself this year?

Phil Klemmer: It’s funny because it happens so gradually, you don’t really realize it’s happening until you go back and look at any random old episode, and realize how far you’ve come. We’re not forcing it in a way that it’s not a conscious thing. In a way, this season, to me, feels like what the show was always meant to be, and last season feels like a transitional one. It really feels like it found its creative stride. Everybody’s having so much fun. It’s like for the first time everybody is on the same wavelength, and it’s kind of a magic moment for us.

Do you think that has just come with time and getting to know these characters, and also forging a role for these heroes within the larger Arrowverse?

We are the only ensemble show. In order for all of our actors to figure out where they belong, and for us as writers to figure out what to do with these characters, it almost took this incubation period because there’s so much of their actual personalities, and their actual dynamics with one another to come through in the show. 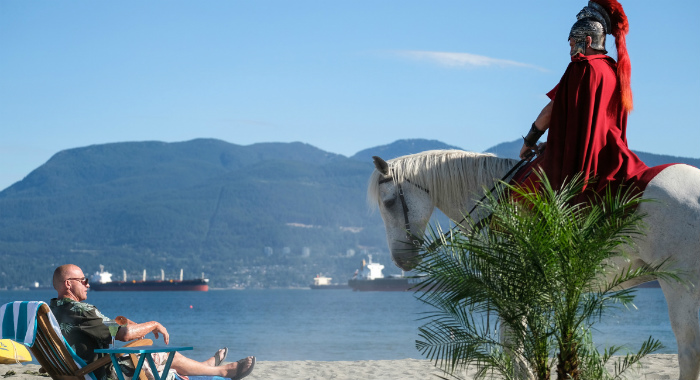 This season, is the Legends’ main goal to fix the anachronisms and aberrations they’ve caused?

It starts out that way, although even before that their first mission is to prove to Rip that they still belong in the time policing game. Because pretty early on in the premiere he makes the announcement of like, “Oh, it’s cool guys. I actually went back in time and created this Time Bureau, and we don’t need you anymore. So, thank you for everything.” And it’s our guys realizing like, “God, wait what do we if we’re not Legends? I’m no good at being a regular person in real life.”

So, the premiere is all about them sort of trying to get the band back together, and trying to prove to Rip that they’ve still got what it takes. For a while it seems like the season is gonna be about cleaning up their own mess. Given what the consequences are of having gone back in last year’s finale and interacted with their former selves and created a time paradox, as we get deeper into the mythology of season three we’ll realize that there’s more at stake than just these anachronisms. There’s a deeper evil afoot.

We wanted the villains of season three to be different, so the whole aesthetic is much more about magic and the world of the supernatural instead of fighting speedsters and former League of Assassins guys. We’re dealing with some supernatural evil, which is super cool. 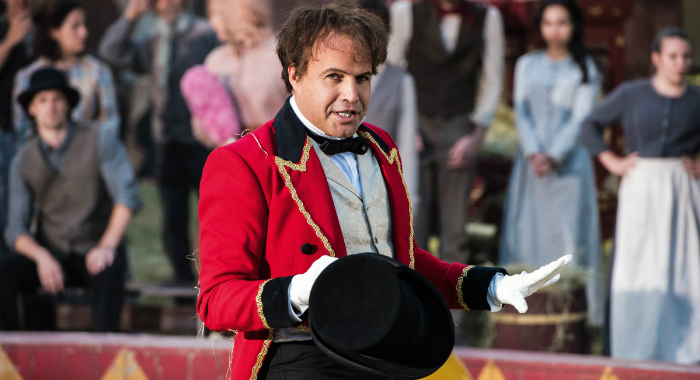 What are some of the fun eras you’ll visit this season?

We get Billy Zane and the circus [in the second episode]; we get a little Julius Caesar on the beach in Aruba in the premiere. We meet [new team member] Zari in this sort of dystopian future. We get to do a little Amblin alien episode back in the ’80s; we do some Jack the Ripper Victorian London; Golden Age of Hollywood; John Constantine doing an exorcism. We do a Freaky Friday episode. The only thing we haven’t been able to do: We really wanted to do an ABBA “Waterloo” in the Napoleonic Wars, but we could not get the rights for the song.

You can’t say much about the crossover, but what can you say about how everybody’s going to come together?

Getting to do the final episode is a huge treat. This season more than last, they’re all like part of a two-hour movie and, which means that we have the gigantic third act Avengers fight in the middle of the city. We also get to do the most tragic and heart-wrenching part of the story, which is weird ’cause normally we’re the funny show. We’re supposed to be the silly goofballs traveling through time, but just the way the story broke this year, we deal with the most heart-wrenching moment of [the episode]. The whole point of doing this show is doing something new every week, and with the crossover the new thing that we try on is tragedy.