The season 5 finale of Arrow saw villain Prometheus/Adrian Chase blow up the remote island of Lian Yu — where Oliver Queen spent years — with the entirety of Team Arrow now trapped there. Executive producer Wendi Mericle explains when we’ll find out exactly who will make it off the island alive. 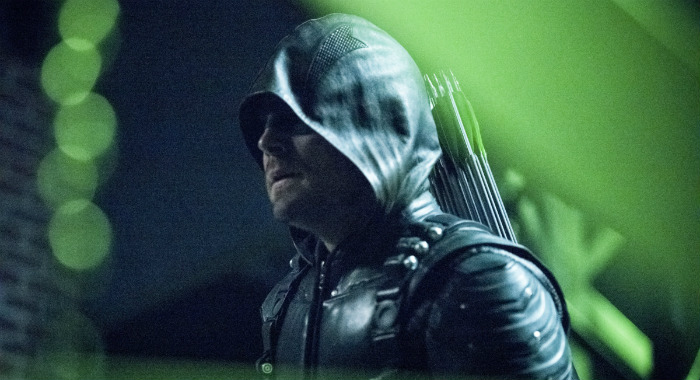 Rotten Tomatoes: Did you know how everything would shake out when you wrote the finale, or is that something you figured out over the summer?

Wendi Mericle: We knew what we were doing from the beginning of season 5. We always knew that we would end with the island blowing up. How we were gonna get there, we did not know, but it felt like a great symbolic and metaphorical way to wrap up the five-season novel that had been spun since the pilot. We knew we were going to be losing the flashbacks in season six, and [those had] always been intended to be a five-season story. That was absolutely set in stone from the get-go. Where we were going to go after that, when everybody is in jeopardy, we don’t know who survived. That has been, obviously, the work of season six.

What we usually do with most of our finales is we sort of write ourselves into a corner and then see how we’re gonna get ourselves out of it. It’s a good challenge and it keeps it interesting, and I think in this case in particular, it really hit home when we were at Comic-Con, how challenging it was. It’s tough to talk about even thematically where the season is headed in season six without in some ways giving away who made it and who didn’t.

It’s not gonna be like, “Oh, hey, surprise, everybody survives, just kidding,” right?

We can’t go out with a finale of that scope and size and have everybody come out hunky dory. That would not be cool. The ramifications of what happened at the end of the season really will be felt throughout the year. We will know who’s alive and who’s not at the end of the premiere. But just because someone doesn’t die doesn’t mean they’re not gonna feel the impact of that event emotionally and possibly physically as well.

Having some kind of physical consequence to say, running through a bomb, might have something to do with it. It’s war. It brings, in a very grounded way, the reality of what they do. I think it’s easy in a superhero show to get sucked into this idea that they’re invulnerable and they don’t get hurt, but we’re going to see in season 6 that that’s definitely not the case. 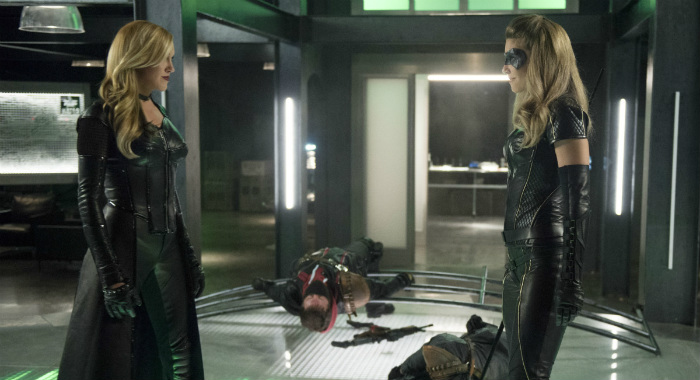 When Oliver goes back to Star City, is he still the mayor?

Yes, we left him as the mayor and he will still be the mayor. We are going to continue that storyline through season 6 as well. I think Oliver works as a mayor. There’s going to be something big that happens in the premiere that is going to certainly cast some doubt on his ability to continue to do that job, but, it’s a world that we like and that we think has worked on the show well.

They’re obviously are no more flashbacks on the island, but there will still be flashbacks, right?

We are going to keep them; we’re gonna use them in a different way, though. The fun of season 6 is that we are really freed up. We have that device if we want it and we know how to break those stories and we know how to work that into the way we do this show. But the fun will be that we get to see other people’s flashbacks. “Hey, what were some of the other characters’ back stories?” We know that, for instance, Black Canary and Black Siren will both be on the show this year, so what are their back stories?

With Oliver having to deal with this very traumatic event, it doesn’t really sound like he’s going to be the most present dad.

I think this is the area of the show that is the most interesting of the season, because I don’t think we’ve really ever seen a superhero be a father, especially on television, and it’s a very particular challenge. There’s a whole different level of risk and consideration. He has a child now that he is responsible for and it changes the way he looks at his job — both his day job and especially at his night job — so it’s a whole different calculus and it opens up all kinds of different avenues for stories we haven’t seen before, which in a season 6 show is really important.

I think it’s just fun to see Oliver grappling with this. Parenthood is hard and it’s a lot easier to punch the bad guy than it is to figure out how to help your kid through math homework or bullying, whatever it is that they’re going through that week. I think the fun of it is seeing Oliver go through a learning curve with respect to how to be a good dad. It’s something he’s never had to do before and it’s something that doesn’t really fit in the paradigm of what we’ve seen him do successfully in the past. 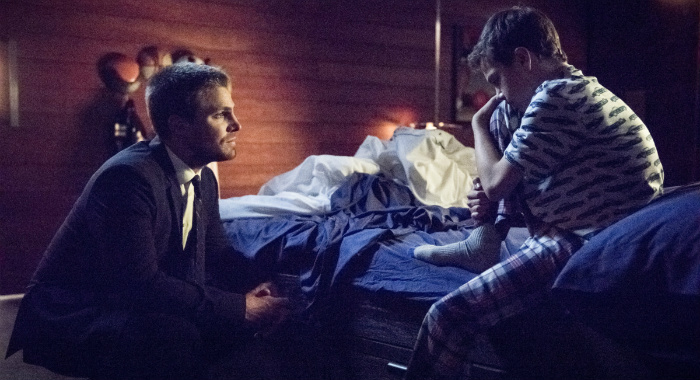 What can you say about Vigilante as this mysterious figure we’re still wondering about?

We are super psyched about that character and about the stories that we have planned. He’ll definitely come back. We left that dangling deliberately in season five knowing that we would bring that character back in season 6. He’ll have a really cool story line, not just in respect to the city, but also with respect to a particular member of the team. We’re intrigued and we’re kind of going through the casting process right now. We’re very excited about it.

What kind of energy does newbie Michael Emerson bring to the show?

We’re super thrilled to have him. He’s been tremendous and brings so much to the role and has all these ideas and he’s just been a great, collaborative partner in the process of figuring out his character. His character is definitely going to be a bad guy and is a bad guy we haven’t seen on the show before, I think it’s safe to say he’s really going to give Oliver and Felicity in particular a run for their money. He’s very soft-spoken. He’s very intelligent. And all of that is different than any of the villains we’ve had on the show in the past.

This year’s crossover is a massive two-night, four-hour event. What can you say about it?

It’s going to be, in some ways, interestingly kind of relevant to current events in a way that the show doesn’t always have that kind of synergy. It’s going to feel much more like a mini-series or two movies. It’s a four hour event; it is a true crossover. The way we’re telling the stories, though, is different than we’ve done it in the past. It’s great for the fans and an even bigger headache for everybody who has to make it happen on the other side.