The Intern Is Charming But Slight

Plus, Empire is Certified Fresh, and check out other fall TV premieres.

This week at the movies, we’ve got an aged apprentice (The Intern, starring Anne Hathaway and Robert De Niro), imperiled activists (The Green Inferno, starring Daryl Sabara and Sky Ferreira), endangered climbers (Everest, starring Jake Gyllenhaal and Jason Clarke), a chess grandmaster (Pawn Sacrifice, starring Tobey Maguire and Peter Sarsgaard), and a little monster (Hotel Transylvania 2, with voice performances by Adam Sandler and Selena Gomez). What do the critics have to say? 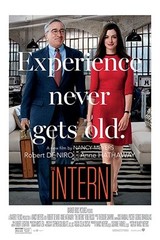 Charm and likability are tough to come by, and critics say The Intern has plenty of both, along with terrific performances. Unfortunately, they also say this workplace comedy is seriously short on depth and  narrative momentum. Ben (Robert De Niro) is a widowed retiree whose boredom leads him to apply for a job as a “senior intern” at an online fashion startup; the company’s thirtysomething CEO Jules (Anne Hathaway) eventually takes a shine to her older employee, and the two of them become good friends. The pundits say The Intern slides along on the easy chemistry between its stars, but the slack pace keeps this from being particularly sharp. 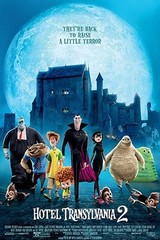 Adam Sandler could sure use a hit, especially since Pixels, his last high profile project, was a pretty substantial bomb. Unfortunately, it doesn’t look like Hotel Transylvania 2 (which was barely screened for critics prior to its release) is likely to do the trick — the scribes say this animated comedy is pleasant enough, but it’s pretty simplistic stuff. Fearing his grandson won’t learn how to be a monster, Dracula (voiced by Sandler) takes the tyke on a road trip with Frankenstein, the Mummy, and a few more spooky pals; hi-jinks ensue. The pundits say Hotel Transylvania 2 doesn’t measure up to its tepidly reviewed predecessor, but it’s decent, inoffensive fare for the kiddies. 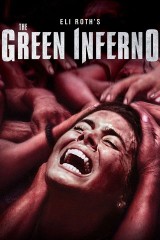 The mastermind behind the Hostel series, Eli Roth is an expert craftsman of big screen bloodletting. Critics say his latest, The Green Inferno, mixes some smarter-than-average satire into its gruesome brew, though non-gorehounds are likely to find the whole thing pretty distasteful. A group of idealistic college students ventures to Peru in an effort to protest against deforestation. However, their plane crashes, and soon they’re in the clutches of the locals, who mistake the activists for the people trying to destroy the jungle. The pundits say The Green Inferno scores some decent points in its portrayal of clueless do-gooders, but eventually the whole thing devolves into sheer grossness. 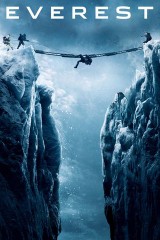 A dramatic depiction of a real-life tragedy, Everest recounts the harrowing tale of a group of climbers who were caught in an  avalanche while trying to scale the world’s highest peak in May of 1996. Critics say that despite its star studded cast (which includes Jake Gyllenhaal, Jason Clarke, Josh Brolin, and Keira Knightley), Everest doesn’t delve too deeply into the climbers’ psyches; instead, it’s a visceral, visually stunning picture that captures the mountain in all its foreboding beauty. 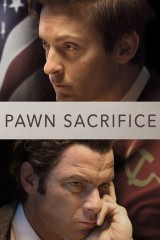 At the height of the Cold War, even a chessboard could be the stage for a tense showdown between the U.S. and the Soviets. Pawn Sacrifice is a fictional retelling of the legendary 1972 face-off between the eccentric American Bobby Fischer (Tobey Maguire) and World Chess Champion Boris Spassky (Liev Schreiber), and critics say that while it occasionally succumbs to stylistic quirkiness, the film’s exploration of the thin line between genius and madness is immeasurably strengthened by Maguire’s commanding performance.

With masterfully melodramatic writing and gloriously glam performances, Empire is not backing down on the soapy spectacle in its second season.

The Muppets brings new energy to a beloved franchise — and although longtime fans may be taken aback by the show’s adult mockumentary approach, the classic characters retain their essential spirit.

Focusing on special effects and unearned melodrama at the expense of the original’s initially intriguing narrative, Heroes Reborn is a series revival with seemingly limited prospects.