Rotten Tomatoes is celebrating Halloween with 31 days of horror double feature recommendations. Each day of the week will have its own theme, with today’s being Throwback Thursday! And if you want see what’s in store or what you missed, see the Daily Double schedule. 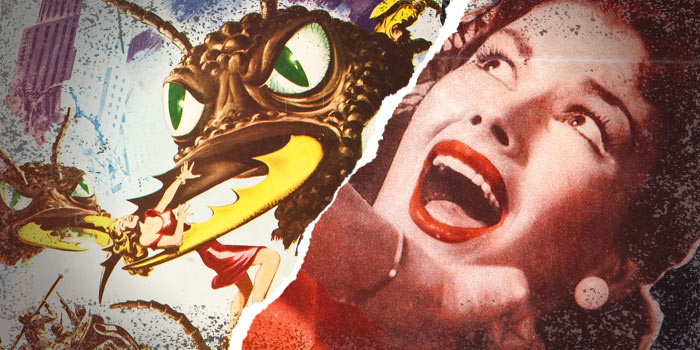 For Throwback Thursdays, we pair up movies released before the 1970s, before The Exorcist or Jaws made horror blockbuster business. Today’s Daily Double: big bug movies from the early atomic age! 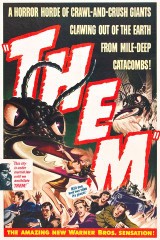 Them! not only had the luxury of being one of the best atomic age monster movies, it was also the first, before the genre quickly slipped into self-parody. That’s right, a movie about nuclear, sugar-thieving 12-foot ants is taken deadly seriously by its characters. And despite all its imitators, Them! still works today. An impressive feat, moreso when considering the movie seemed doomed from the start: Warner Bros. barely gave it a budget (you’ll never see more than three ants on-screen at a time), and after a day of mechanically-plagued shooting, the production was forced to go black-and-white and ditch the 3D effects. Luckily, the quality of acting, the addictive procedural-style unfolding of the plot, and surprising moments of human interest (there’s a dozen memorable characters who show up for a scene or two and liven up the proceedings) give this creature feature some mandible bite. 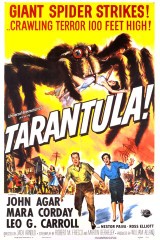 If you got a giant ant problem, then you got to hire a giant spider, nature’s bug bouncer. And unlike Them! whose ants were all manmade, this titular Tarantula was a real, hairy eight-legger, superimposed as a massive menace crawling across the elemental Southwestern landscape. Tarantula came out just a year after Them!, but oft-kilter humor was already creeping in: The heroine Stephanie is repeatedly referred to as Steve by the men, and here’s one line from the main guy: “Give women the vote and what do you get? Lady scientists!” What a zinger! And while most ’50s monsters come about from nuclear fallout or mad scientists, the big ol’ spider was created out of bleeding heart tomfoolery: the animals that get loose in this movie were being experimented on to find a cure for world hunger. The road to hell is webbed with good intentions, after all.