The stars of writer-producer Steven Knight's dark adaptation offer five ways in which this retelling veers dramatically away from previous efforts.

Charles Dickens’ A Christmas Carol is one of the most-adapted tales in the history of the English language, and Steven Knight, creator of gritty period series Peaky Blinders and Taboo, is the latest talent to have taken on the task.

We all know the story: crotchety miser Ebenezer Scrooge has a Christmas Eve night visitation from his dead former partner Jacob Marley, who warns him of three ghosts who will attend him as he walks through visions of Christmases past, present, and future.

This new FX presentation, directed by Nick Murphy (The Awakening), stars Guy Pearce as Scrooge and Andy Serkis as a grumpy Ghost of Christmas Past and promises a darker take on the 1843 novella that made a superstar of its author: “A Christmas Carol is a spine-tingling immersion into Scrooge’s dark night of the soul,” the promotional materials promise.

“It is a darker retelling. There’s no question,” Serkis told Rotten Tomatoes. “It’s a unique retelling in that respect because… Scrooge in this is not some sort of old miser character. He’s actually a tough businessmen… who is in denial and doesn’t want to really engage with his own moral relativism.”

We caught up with the stars to get a feel for the new adaptation — and it indeed feels scary. Here are five ways this Christmas Carol one-ups previous efforts. 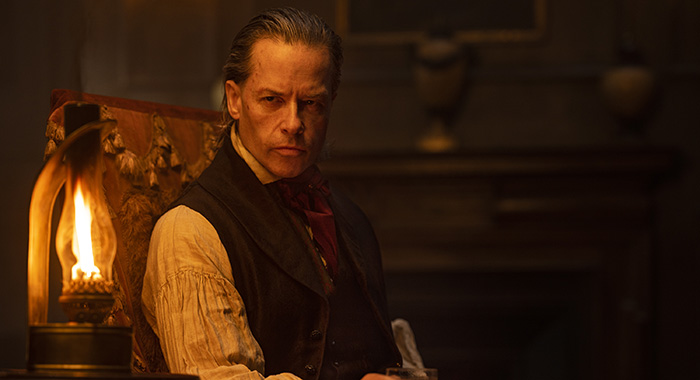 Scrooge is not as crotchety here as in previous interpretations of the character; in fact, the character may resemble more real-life people than ever before. Pearce offered a personal assessment of his character.

“They really wanted somebody this time who still had been affected in life the way that we know Scrooge has been, but that his demeanor and his presence in the world was more of a businessman, as a leader who is a kind of a cocky, confident, swaggering kind of asshole, basically,” Pearce told Rotten Tomatoes. “I think it was important for Nick, our director, and for Steven, our writer, to get away from the crotchety old man who exhibits on the surface the pain and damage that he’s experienced in his life. And the fact that he’s turned away from the world and plays somebody who’s actually up front to the world and says, ‘Come on, bring it on. Bring on your questions about who I am and what it is, because I’ve got a really good response for you.’ And kind of like that, be a little bit more affronting and aggressive. And so, in a way, we still get to the point where we drag him through his past, and we make him look at the things he’s done to people, and we crack open the soul that is a damaged soul.”

2. This Ghost of Christmas Past Plays Dirty 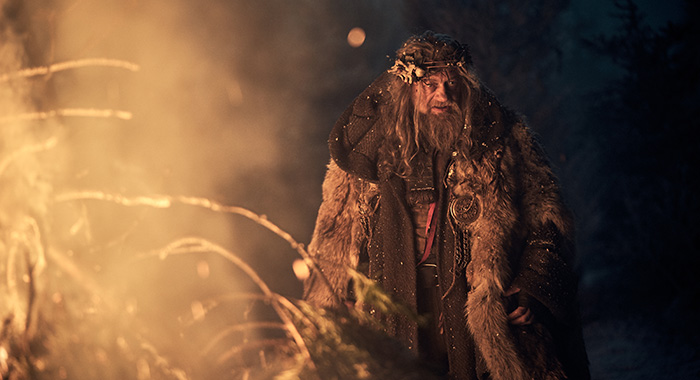 But his Scrooge will face a harder fight in Knight’s version, Pearce confirmed: “It’s a tougher journey because the Ghost of Christmas Past is a really hard nut to crack.”

“The Ghost of Christmas Past is jaded,” the character description offers. “He’s been sent to make lost souls repent before, why should Scrooge be any different? He prods and pokes where it hurts, transforming himself into those known to his charge, finding a place of pain, shame and self-knowledge. But can he get Scrooge to recognize himself, and repent?”

3. The Ghost of Christmas Present Has a Much More Personal Relationship With Scrooge 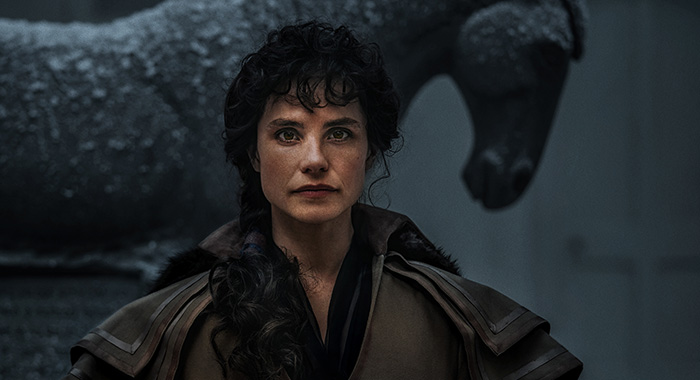 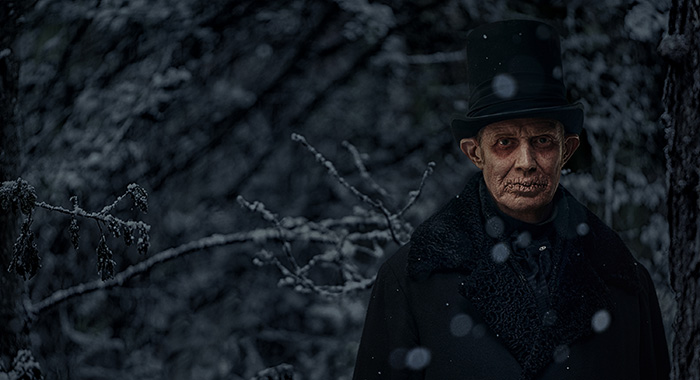 One of the most unsettling features of the new story is how closely it hews to issues — and personalities — we face today, which is a very intentional choice. Serkis said he knew he was in for something special when he heard Knight was attached.

“When I heard that there was another version of Christmas Carol being made, I kind of thought, ‘Wow, OK. Again? Another one?'” he said. “But as soon as I knew that Steven Knight was writing it, I knew that now, ‘This is going to be an interesting take,’ because I knew this was going to be the beginning of a journey into his exploration of Dickens in other stories as well, which is the case.”

Knight and the stars had previously talked about “stripping down” the story, which Serkis expounded on for Rotten Tomatoes.

“When we say ‘stripping down,’ it was more about not getting bogged down in the sort of tropes of a costume drama, Victorian drama, and allowing it to live afresh as a really contemporary piece of writing,” he said. “And therefore, and so, even though you’re what you, of course, allowing the visuals, you do that work, you want to feel that the character is alive and very present and not sort of imagining what it might be like to have been alive in the 19th century. You’re not doing that. You’re actually saying these are people, people are people, and we still have the same issues, problems. We need to unpack the difficulties of the human condition in this, in a very modern way to make this story resonate with a fresh audience.”

5. Serkis’ Costuming Challenge Continues Here Even If He’s Not a CG-Enhanced Character 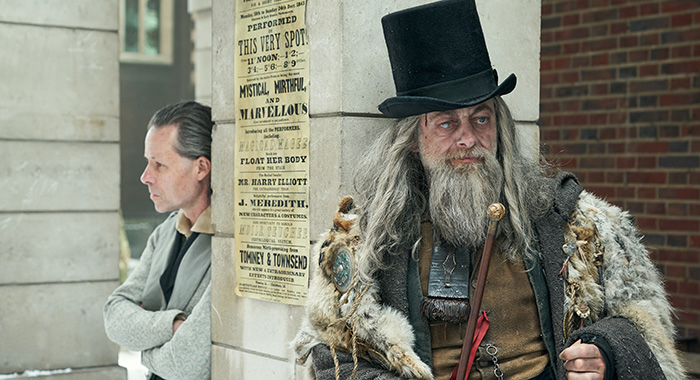 Serkis, known especially for his CG-enhanced performances like Gollum and Caesar in the Lord of the Rings and Planet of the Apes franchises, faced a different sort of challenge here.

“[The costume] was so heavy. It was like going from the sublime to the ridiculous. I couldn’t possibly have more makeup or costume to bear, but it was great, actually. It was nice to play a character in the flesh, and it was a particularly challenging character, not least because it was like sensory deprivation actually wearing this costume. I had long locks of hair and an additional beard. I had an eye that I couldn’t see out of. I had scars all over my face. I had long nails, so once I got into costume, I was able to kind of get into the character and stay there. I had to.”

To compound his costuming issues, they filmed in summer.

“It was pretty brutal at times,” Serkis said. “I just had to at least take the hat off and get the top layer off as much as I could. But — actor problems.”