The masked vigilante takes on Ra’s al Ghul and the Penguin in season 4 — but will Bruce Wayne have his driver’s license?

When Gotham premiered three years ago, David Mazouz had just turned 13. His Bruce Wayne had just lost his parents outside the theater, and it seemed like he’d be years away from seeing a bat and deciding to fight crime himself.

Now entering season 4, Mazouz is a 16-year-old man. He’s all grown up and barely recognizable as the boy who began the show. He’s not Batman yet, but even Batman-lite is a force for Gotham City’s villains to reckon with. The last scene of Gotham’s third season showed Bruce taking on a mugger on the street wearing a homemade mask. So he’s still figuring out his costume too.

Mazouz spoke with Rotten Tomatoes before the season premiere of Gotham and confirmed that Bruce is going to continue as a masked vigilante and gave some hints about Bruce’s new toys and the big villains who’ll traumatize this teenager even further. 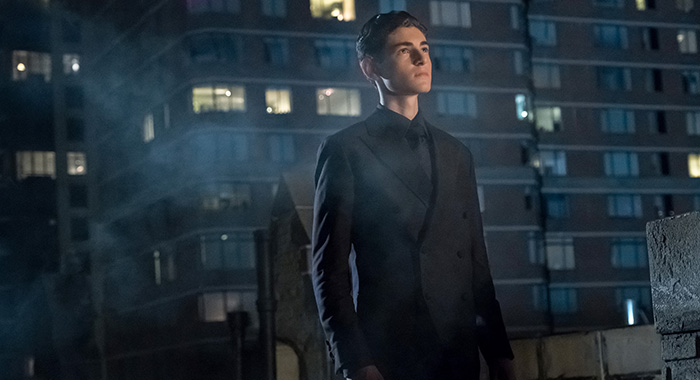 Fred Topel for Rotten Tomatoes: Where does season 4 pick up with Bruce?

David Mazouz: It picks up where he is really taking on the masked vigilante persona. He will be very close to Batman when we pick up with him at the start.

RT: Does that feel to you like you’re nearing the end of this journey?

Mazouz: No, because there’s a lot more to come. Something very, very emotional is going to happen towards the beginning, and it’s going to send him on a downward spiral that’ll change him forever. It’s going to suspend, put a hold on the masked vigilante stuff for a little bit. He’s going to be darker than we’ve ever seen him before.

RT: How did you feel the first time you saw yourself in the masked vigilante costume?

Mazouz: I was excited, as any 16-year-old would be, of course.

RT: Excited by how similar or different it is to a full Batman cowl?

Mazouz: Both. Obviously, being similar is really exciting to get close to that canon iteration, but also excited that I’m going to be able to do my own version. Gotham is embracing its own unique version of this character. 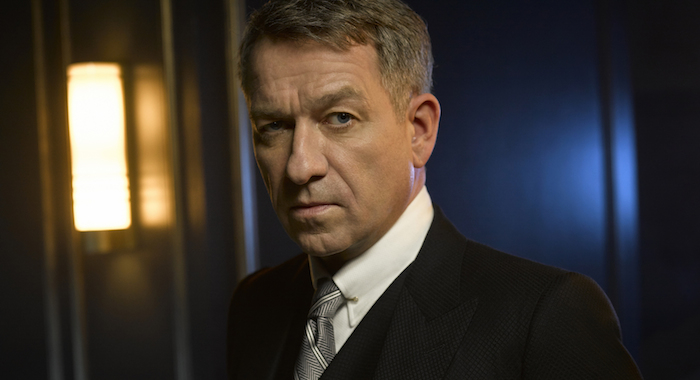 RT: How is Bruce’s relationship with Alfred at this point?

Mazouz: They’re partners. They’re going on this journey together. Alfred’s there to help because Alfred realizes that Bruce is going to do this with or without his permission, so might as well help him. Might as well be there to patch up his wounds when he gets home.

Mazouz: No, actually. Well, Bruce is doing his own thing at the beginning of the season but there will be a point when they link up. Especially towards the end of this season, they’re going to be allies. They’re going to be together, working together to fight crime, this masked vigilante and Jim Gordon.

RT: Is Selina still around?

Mazouz: Yes, but in a very different capacity. His masked vigilante persona and her proto-Catwoman persona are going to be interacting much more, as opposed to the childhood friends of Bruce Wayne and Selina Kyle.

RT: Will Bruce face any new villains this season?

Mazouz: Ra’s al Ghul is his biggest villain. He’ s going to be putting him through mental torture, but also he’s going to take on The Penguin pretty early on.

Mazouz: Yes, absolutely. I would say this is the most evil Ra’s al Ghul. This is the Ra’s al Ghul that will do awful, awful, very, very controversial things that I’m surprised they’re letting us do on national television. 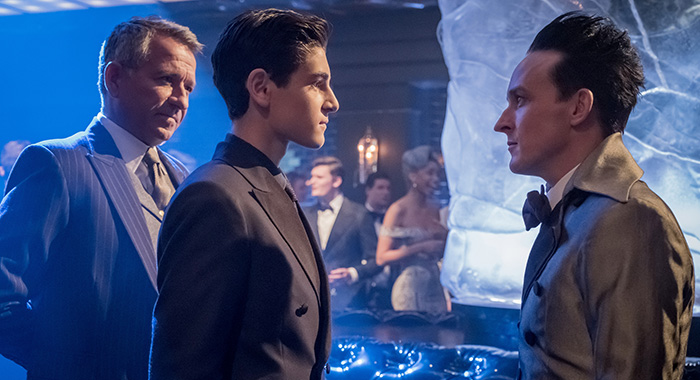 RT: When Ra’s and the Penguin are battling Bruce, does it phase them at all that this is still a kid?

Mazouz: I think at this point, people realize that Bruce is more than a kid. He’s mature beyond his years, and he can survive in the adult world. I think it does phase them, especially with Ra’s. He’s really taken an interest in Bruce, and he has been chasing him for thousands and thousands of years. So he’s realized exactly who Bruce is and how he can manipulate him and how he can mold him into that monster he wants him to be. 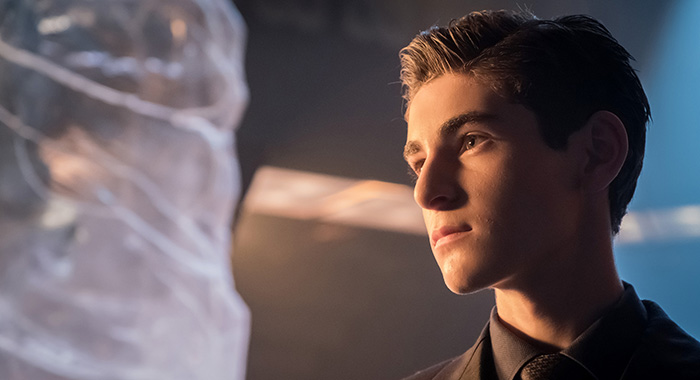 RT: Is Bruce driving yet?

Mazouz: He will be, yeah. Very soon, yeah.

RT: Do you know what kind of car it will be?

Mazouz: I’m not supposed to say.

RT: Whether it’s a Batmobile or not, does the idea of Bruce driving excite you?

Mazouz: It’s going to be teased.

RT: For any 16-year-old character, is driving as big a deal to Bruce as it is to you, David?

Mazouz: I don’t think they’re going to make a big deal about getting his license because that’s not a very Batman story line, but he will be driving. He will be in the front seat of a car. I don’t know much about it, but I know that it’s coming.

Gotham returns on a new night, Thursday, September 21 at 8 p.m. on Fox.

Bruce Wayne is ready to make his mark. ? Watch the premiere of #Gotham on a NEW NIGHT, Thursday, September 21 at 8/7c. pic.twitter.com/wLz56BW3wG