Gossip Girl vs. Gossip Girl: What’s Old and What’s New About the Reboot

Series creator Joshua Safran offers five ways a new, reimagined version of the classic teen drama departs from the original — or doesn't. The more things change, the more some things stay the same.

In the nascent days of smartphones, micro-blogging, and social media, The CW premiered Gossip Girl, a teen soap about rich kids causing havoc under the watchful eye of a mysterious blogger known only as “Gossip Girl.” It aired for six seasons, starting in 2007, and had an audience so loyal that there are some who are still upset about the finale’s reveal of who was behind that account.

Well, Gossip Girl (and, therefore, Gossip Girl the character) is getting a makeover for the post-millennial crowd. A sequel to the series, which focuses on another generation of elite New Yorkers, premieres July 8 on streaming service HBO Max.

But have things changed that much? Here’s what you need to know about the new take on Gossip Girl.

1. It Boasts a More Diverse Cast 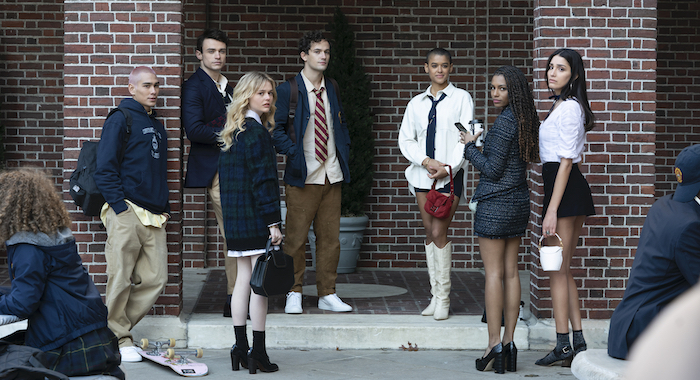 The first Gossip Girl brought up plenty of important issues, such as consent and cyberbullying. But almost all of its leads were white and almost no one was queer (Ed Westwick‘s Chuck Bass admittance that he’s kissed guys aside). Connor Paolo’s Eric van der Woodsen — the younger brother of Blake Lively’s Serena — comes out to Chuck before his family because he knows Chuck won’t judge him (their mom, Kelly Rutherford‘s Lily, did have a hard time with the news). 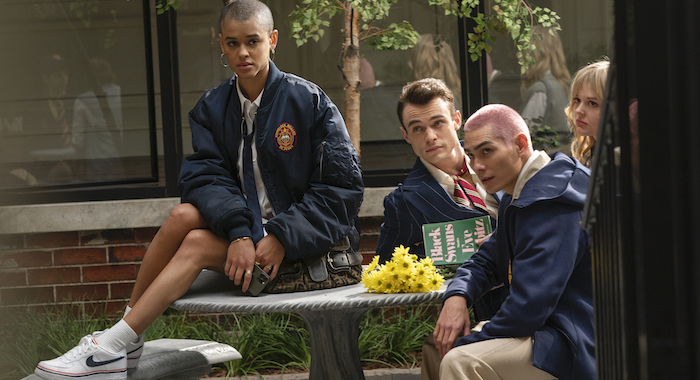 Many, like Max and Monet, are openly queer. Max also has openly queer parents, played by John Benjamin Hickey and Todd Almond — as opposed to Leighton Meester’s Blair Waldorf, whose dad Harold (John Shea) was closeted until he left his wife for another man.

“Any show that you work on is its chance to show how you, yourself, have grown and changed and learned,” Joshua Safran, the creator of the new Gossip Girl who also wrote on the original series, told Rotten Tomatoes.

Safran, who is openly gay, employed several queer writers and there were many talks about sexuality — both their experiences with it and how it’s seen today.

“It was important to not make it a story worthy of shame or guilt. Eric’s sexuality was weaponized by Gossip Girl. And that definitely would never happen now,” he said. 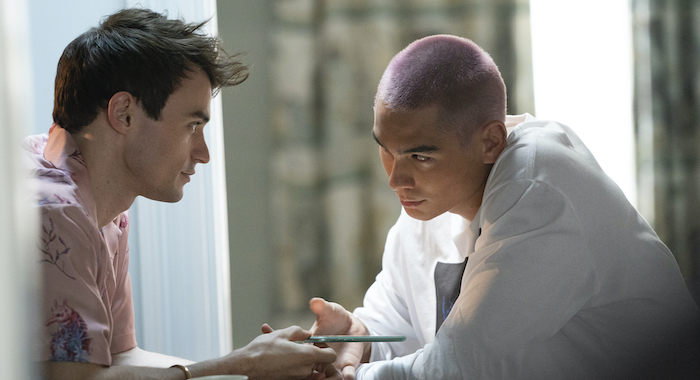 Conversely, in this iteration of the show, Aki begins to question his sexuality.

“We discussed the idea that most television shows these days, posit that it’s easy to come out in this world,” Safran said. “And I think a lot of the world believes that that because the queer community has more rights than we’ve ever had before, even if we still don’t have all the rights that we should have.”

For Aki, “it’s a multiple-season journey for him to gain comfort and clarity about sexuality,” Safran said. 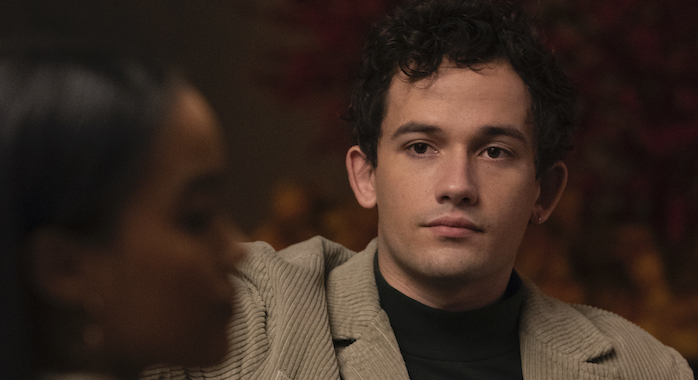 Meester’s Blair, Lively’s Serena and other characters from the original series mostly took their wealth for granted. They took private jets, rode in limos and basically schemed and harassed each other until they became adults with jobs and amassed more wealth. So did their parents. When Nate Archibald’s (Chace Crawford) family fortune was diminishing, his parents plotted ways to find new investments.

The latest installment discusses generational wealth and inherent privilege — which reflects upon the conversations many actual people are having after the coronavirus pandemic and movements like Black Lives Matter brought these topics to the mainstream. Obie supports those picketing his family’s real estate development by bringing them donuts and volunteers for a non-profit. He and Zoya bond over discussions of classism. Monet and Luna tell Julian to get over her ex in a conversation that dissects the media’s history of bulling newly single female celebrities that includes the line “f-k the patriarchy.”

“If you’re on Tik Tok, if you are on Instagram, if you spend time actually looking at what’s out there, you’ll see how socially conscious young people are these days,” Safran said, “and it doesn’t matter whether they are what their, sort of, economic arena that there is, they actually are all talking about it in a way that we definitely didn’t talk about it when I was their age.” 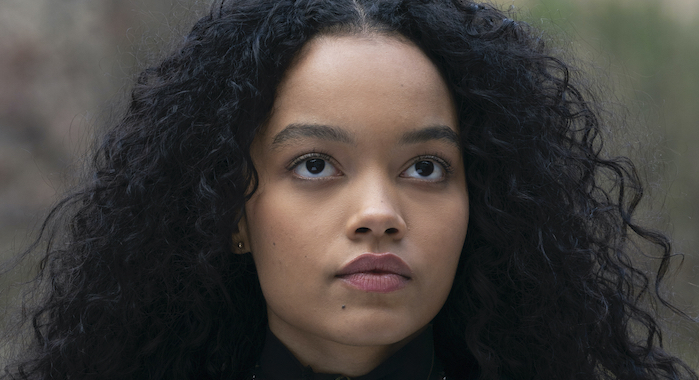 The scripts were written pre-COVID and before the Black Lives Matter uprisings and similar events from last year, but Safran said the writers did use the time when production was shut down to fine-tune the scripts. In one episode, Obi and Zoya talk about being at a protest and “they actually both have a framework to talk about, it’s not just like an ideological discussion.”

It was also unclear how well the original crop of kids were known outside of their Manhattan bubble (and with some folks they met in Los Angeles, Paris, or the Hamptons). They weren’t like Paris and Nicky Hilton, who were paparazzi fodder even before one of them got her own reality show. In the current world of being “Internet famous” versus actually famous and what that means for your “brand,” the show also discusses influencer culture. Jordan is popular, in part, because she’s the face of a blue-checked Instagram account that’s largely backed by Luna and Monet. 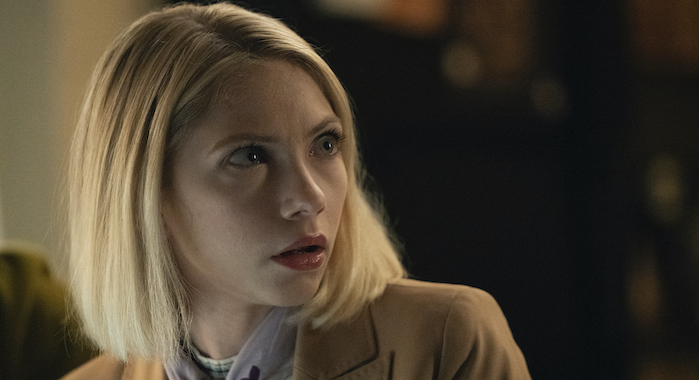 In a side-eye of a casting choice, Gossip Girl 2.0 also employs former child fashion blogger Tavi Gevinson — but as Kate Keller, an adult teacher at the school with an unhealthy interest in her students. Mock is also a celebrity skateboarder with his own strong social media following (including Safran, who wrote this part for him because he’s a fan).

However, neither of these two were cast because they have a strong social media following.

With Mock, Safran “wanted to write about the Murdochs and Wendi Deng and base something on that relationship,” he said, adding that his casting director, Cassandra Kulukundis, recommended Gevinson and noting that “Tavi’s Tavi-ness is what makes Kate so great.”

3. Storylines and Dialogue Are More R-Rated 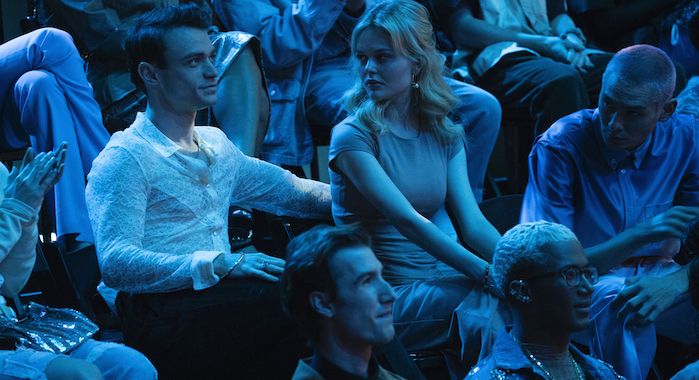 There was plenty of parental pearl-clutching when the first Gossip Girl premiered and promised sex and more on primetime TV. The brilliant marketing minds at The CW and studio Warner Bros. turned these into campaigns with lines like “OMFG” or (to meet FCC and broadcast standards) simply “OMG.”

Now airing on a paid streaming service and free from these constraints, the new Gossip Girl celebrates with cursing, nudity, and sex acts that aren’t PG (and aren’t appropriate for the youngest of the Gen Z demographic). A storyline sure to put the Parents Television Council on red alert involves cruising in a bathhouse.

Safran noted that the show did have an intimacy coordinator on set and that “we never wanted a sex scene to be gratuitous; it always was character-based.” An example: in the third season, Aki receives oral stimulation from his girlfriend, Audrey. But Safran said this is a “story point. It’s actually a sex act to show a sex act.” The couple also have a conversation in the first episode about fantasizing during intercourse, which Safran said is a scene that’s “about having a partner that doesn’t feel like they should have any ownership of you; that allows you to experience pleasure the way you want to experience it.” 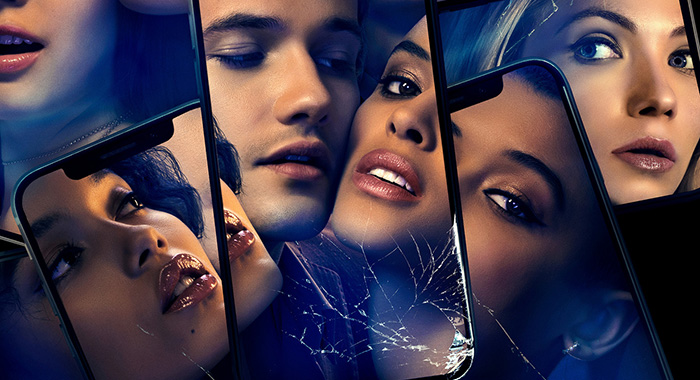 Doherty’s Max is open about his recreational drug use (he takes Xanax at school, for example). But Safran said that the character also “talks very clearly about how he’s very strong in his boundaries. He only does one line; one drink; one pill.”

This is the antithesis of Westwick’s Chuck, Safran said because that character “will go as hard and far on anything. Max actually knows his boundaries and sticks within them” until an event in the third episode takes him to a dark place.

In an interesting twist, the new episodes of Gossip Girl will air on The CW after they first air on HBO Max. It will be interesting to see what kind of editing occurs. 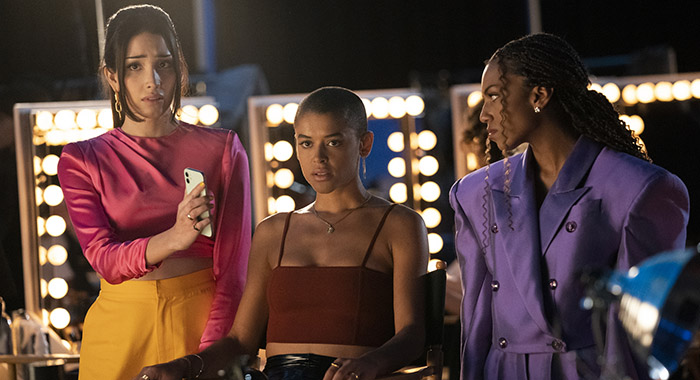 … But her range has increased.

Although the face of the titular narrator and chronicler(s) of all of these escapades still remains a mystery to “her” targets, readers in both series have decided that “she” sounds like Veronica Mars star Kristen Bell.

There was never a question as to whether the new show would keep Bell around. Safran said that “if she didn’t want to do it, I don’t know if we would have done it.”

However, her monologue has shifted for this digital age. She no longer addresses just the Upper East Siders, and she’s no longer solely focused on Manhattan. With WiFi connections everywhere, (presumably only private school) kids in all the boroughs now have targets on their backs because, Safran said, the new account will also include tips about kids at other schools.

Perhaps more important: she no longer talks about the “scandalous lives of” these people. Safran changed it to “lies” because she “points out the fact that it’s the change of the show: It’s that social media allows you to get a positive version of yourself.” 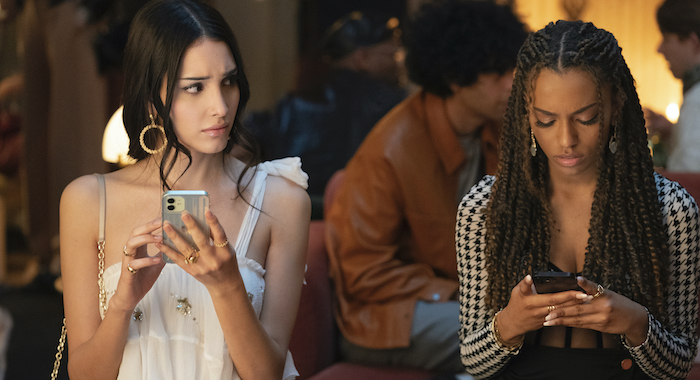 The first Gossip Girl dragged out the reveal of who was behind the mysterious posts until the final episode when it was revealed that it was Penn Badgley’s Dan Humphrey. In Safran’s version, the reveal is quite obvious early on and it’s not a usual suspect.

“The first time around, the audience didn’t get to partake in watching Dan be the Gossip Girl and do all the things that he was doing,” Safran said. “If you went back and sort of re-edited the show to see him posting everything, you’d see sort of this much more morally complex, dark antihero.”

He adds that “now that you can actually watch what it means to be Gossip Girl and, sort of, the choices you have to make, the things you do that are complicated and morally suspect, but you’re doing it for the right reasons — or so you’re telling yourself — that’s a fresh take on the story. And it’s also something that really make the audience feel complicit in Gossip Girl’s journey in a way that they weren’t allowed to be, by design, the first time around with it.”

Gossip Girl premieres on Thursday, July 8 on HBO Max and debuts the next night at 8/7c on The CW.