Netflix lands two Knives Out sequels, Jordan Peele recruits Steven Yeun, Paramount may not have Breakfast at Tiffany's, and WB pulls the plug on New Gods and The Trench.

This week’s Ketchup brings you more headlines from the world of film development news, covering such titles as Knives Out 2 (and 3), ThunderCats, and the 7th and 8th Transformers. 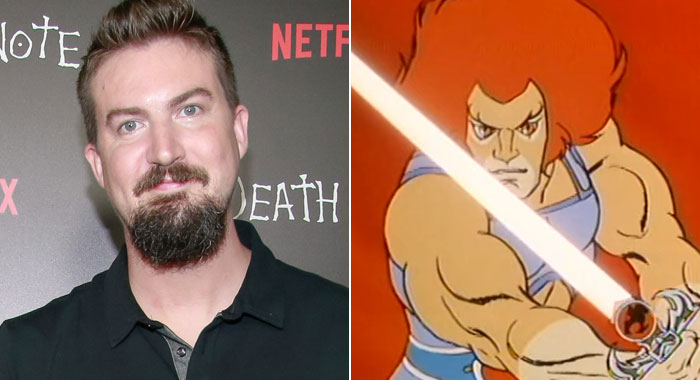 So many iconic comics, toys, games, and TV shows have at some point been adapted into movies that it might be surprising to learn which ones haven’t. The original American animated series ThunderCats is remembered fondly by many 1980s kids and teenagers, but despite a couple of revival series in 2011 and 2020, ThunderCats has eluded a live-action movie. Some of that might have to do with the necessary makeup, as they’re basically humanoids of various big cats (Lion-O is a lion, Cheetara is a cheetah, and so forth). Rumors of a possible ThunderCats movie date back at least 2007, when test footage for a CGI ThunderCats was done (which you can watch right here). This week’s Godzilla vs Kong (Certified Fresh at 78%) features a setting that sort of resembles the Third Earth of ThunderCats, so it’s not entirely surprising that the film’s director, Adam Wingard, has signed with Warner Bros. to direct and co-write the ThunderCats movie. Wingard’s writing partner on the CGI/live-action hybrid ThunderCats will be Simon Barrett, who was previously Wingard’s writer on You’re Next (Certified Fresh at 79%), The Guest (Certified Fresh at 91%), and Blair Witch (Rotten at 37%). You can read interviews with Wingard where he talks about ThunderCats and his upcoming Face/Off sequel at Deadline and The Hollywood Reporter.

From the hiring of Ta-Nehisi Coates to reboot Superman to the casting of the first Latina Supergirl to their new Blue Beetle, Hourman, Batgirl, and Zatanna movies, Warner Bros. has been particularly busy in early 2021 seemingly readying to move their DC Comics movies in a new direction. Although Zack Snyder didn’t direct all of their recent movies (obviously), the three DCEU films he did direct left a long unifying shadow over many of them. This week, Warner Bros. appeared to make room for some of those new projects by shelving two of them. Warner Bros. has stopped development of Ava DuVernay’s New Gods (based on a Jack Kirby series similar to his Eternals for Marvel) and James Wan’s The Trench, which would have been an underwater horror movie spun off from the monsters in Aquaman. Although both movies were shelved, Warner Bros is holding out the possibility that they could be revived at some later point. In related news, this week Warner Bros. also hired screenwriter Randy McKinnon, who wrote the football drama Safety for Disney+, to work on their adaptation of DC Comics’ Static Shock, which Michael B. Jordan is producing for the studio.

After the star-studded ensemble mystery Knives Out (Certified Fresh at 97%) earned over $311 million from a budget of just $40 million, it was quickly obvious that the film would probably get at least one sequel, and by January of last year, that’s exactly what began to take shape. With Knives Out, Lionsgate suddenly had a lucrative franchise that promised to be the mini-major studio’s biggest since The Hunger Games. Director Rian Johnson planned Knives Out very wisely, however, retaining all rights after that first film, so he was in a position this week to sell two Knives Out sequels to Netflix in a deal worth over $400 million (i.e. $93 million than the first movie earned). Daniel Craig will return as detective Benoit Blanc for both sequels, the first of which will start filming at locations in Greece this summer, 2021.

3. IN THE HEIGHTS STAR JOINS ONE OF MULTIPLE UPCOMING TRANSFORMERS PROJECTS

Although the Transformers movies have mostly earned Rotten Tomatometer scores (except the most recent, Bumblebee, which was Certified Fresh at 91%), those movies have also earned nearly $5 billion worldwide, so Paramount Pictures obviously has an incentive to keep on making them. This week, Paramount’s efforts to keep the Transformers franchise alive got a little confusing, as two separate Transformers projects made the news within a few days of feach other. Let’s start with In the Heights star Anthony Ramos, who is being eyed by Paramount to be the lead in the next Transformers movie to be filmed, under the direction of Steven Caple Jr. (Creed II, Certified Fresh at 83%). Also this week, we learned Charm City Kings director Angel Manuel Soto is now developing another Transformers project, separate from the one starring Ramos. Soto is also developing the Blue Beetle movie for Warner Bros., which was announced earlier this year. Finally, in addition to these two projects, Paramount is also developing an animated feature film to be directed by Josh Cooley (Toy Story 4).

4. STEVEN YEUN TO STAR IN JORDAN PEELE’S MYSTERIOUS NEXT FILM

Following the success of his directorial debut Get Out (Certified Fresh at 98%), Jordan Peele cast Lupita Nyong’o to star in his mysterious next film, which we now know as Us (Certified Fresh at 93%). Two years later, Jordan Peele is again preparing for a project shrouded in mystery, but this time around, the Academy Award-nominated star that he is eyeing to cast is Steven Yeun, who is up for an Oscar this year for his role in Minari (Certified Fresh at 98%). So little is known about the project that we don’t even know what genre it is, much less any clue about the premise or setting. The only other details we have right now is that Get Out star Daniel Kaluuya, who is also Oscar-nominated this year for his supporting role in Judas and the Black Messiah (Certified Fresh at 96%), is also in talks, as is Keke Palmer, and that the release date is July 22, 2022.

5. RUSSELL CROWE JOINS THOR: LOVE AND THUNDER (BUT AS WHO… OR WHAT?)

Thor: Ragnarok and Jojo Rabbit director Taika Waititi has been filming the fourth Thor movie, Thor: Love and Thunder, on sets in Sydney, Australia for over two months now, and as late as this week, we’re still finding out about new cast members. In addition to the various returning MCU stars (including Chris Pratt and other Guardians of the Galaxy), the Thor: Love and Thunder cast even before this week’s news included Christian Bale as Gorr the God Butcher and Melissa McCarthy as the actress who plays Hela in an Asgardian play. To that list, we can also now include Australian star Russell Crowe, but that’s really all we know about his participation right now. Fans have been making lots of guesses (including Beta Ray Bill), but one strong possibility, given his late addition, might be as just another of the Asgardian play actors. We haven’t, for example, heard about anyone playing the Hulk in the play, so perhaps that’s what Crowe will be doing? Marvel Studios has scheduled Thor: Love and Thunder for release on May 6, 2022, just a little over a year from now.

There are frequently more than just ten movies worth mentioning, so when it’s applicable, the we’ll sometimes group stories together to get them covered. The common theme here is “20th century true stories involving doctors.” Let’s start with Woody Harrelson, who is now signed to star in the drama The Man with the Miraculous Hands as a Finnish doctor who was forced to become the doctor of Heinrich Himmler, the Nazi leader of the S.S. during World War II. With his Texas drawl, Harrelson doesn’t seem like an obvious choice to play a Finnish doctor in the 1940s, but he’s proven himself capable of handling serious material, so it could work. The other similar project announced this week is the drama Splendid Solution, which will feature Jeremy Strong (The Trial of the Chicago 7) as Dr. Jonas Salk, the inventor of the polio vaccine. Splendid Solution will be adapted from a bestselling non fiction book by Gillian Weeks, whose book Lost Moon: The Perilous Voyage of Apollo 13 was adapted as the Ron Howard film Apollo 13.

(Photo by Elisabetta A. Villa/Getty Images)

Although Stan Lee was obviously “The Man” steering the ship through Marvel Comics’ most creative period during the 1960s and most of the 1970s, he actually stopped writing comics for Marvel in 1972, and had completely stepped away from Marvel in the 1990s. Despite this, Lee did continue to be active in other projects, both in and out of comics, well into the 21st century, although none of those projects came close to the fame of even some of his more obscure Marvel titles. Hong Kong producer and director John Woo now has his eye on raising the profile of at least one of those Stan Lee projects, as he is now developing a feature film based on Lee’s unpublished comic book series Monkey Master. The project was something Lee was working on in 2016, just two years before his death in 2018 at the age of 95. Monkey Master is described as an adaptation of the classic Chinese legend of the Monkey King, which has found its way into all sorts of pop culture works. It is not yet known if Woo will also direct the Monkey Master movie. In 2016, Stan Lee was quoted as saying, “I’ve written countless superheroes of every nationality and every part of the world before. I’ve even created many heroes from other planets and galaxies, but Monkey Master will be unique in how it interweaves myth to create a modern day hero that will entertain fans across the world with his martial arts skills and unstoppable super-powers.”

Although it’s true that Hollywood has been remaking movies since the Silent Era, the last decade or so has felt like there have been more than usual. Right about now, Paramount Pictures may be feeling like there was one remake they never should have commissioned. The statutory heirs of the late author Truman Capote have brought a $20 million copyright claim against Paramount over a Breakfast at Tiffany’s remake screenplay that Paramount executives have been circulating “internally.” The question behind the claim is whether the rights to remake Breakfast at Tiffany’s reverted back to Capote’s heirs at some point, or whether Paramount retains those rights in perpetuity. Of course, neither side seems to be asking perhaps the most relevant question, which is whether a beloved (and at the same time, problematic) classic like Breakfast at Tiffany’s (Certified Fresh at 89%) should even be remade at all.

9. ARMIE HAMMER DROPPED FROM YET ANOTHER FILM

Two weeks ago, the Los Angeles Police Department began a probe into charges filed against actor Armie Hammer following allegations earlier this year about possible assault. In February, Hammer had already lost his starring role in the Jennifer Lopez romantic comedy Shotgun Wedding (in which he was replaced by Josh Duhamel). This week, he was dealt another career blow as he has been dropped from the thriller  The Billion Dollar Spy starring Mads Mikkelsen.  The producers of that project have not yet announced a replacement to play what would’ve been Armie Hammer’s role.