Knives Out may get a sequel, Deadpool 3 is in the works, Hayao Miyazaki is making one more film, and both Doctor Strange and Uncharted lose their directors.

This week’s Ketchup brings you another 10 headlines from the world of film development news (the stories about what movies Hollywood is working on for you next), covering stories from the last few weeks (due to the holidays) for titles like Deadpool 3, Knives Out 2, Mission: Impossible 7, and Thor: Love and Thunder. 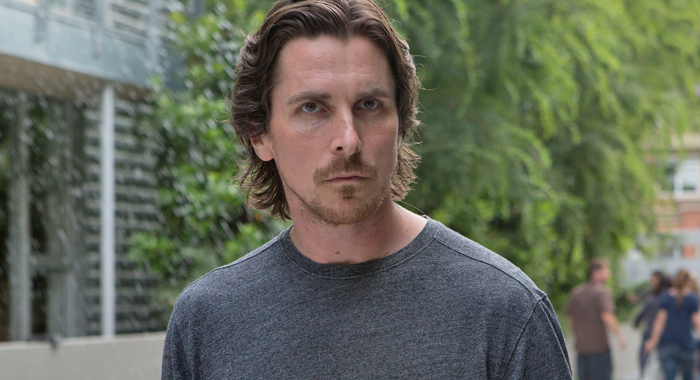 There have obviously been many examples of actors who have been in movies for both Marvel and DC, but many of each studio’s biggest stars have usually avoided jumping those fences. One has to presume that an actor that has probably long been seen by Marvel Studios as a major “get” is Christian Bale, who starred in Christopher Nolan’s three Batman/Dark Knight movies. Well, that’s exactly what happened this week, as we learned that Christian Bale will co-star in Thor: Love and Thunder (11/5/2021) in a currently unrevealed role. This news quickly led to speculation online about who Christian Bale might be playing, with the two most referenced characters probably being the alien Beta Ray Bill (probably voice only) and Balder the Brave, whose history in Marvel Comics is nearly as old as Thor’s. Director Taika Waititi also recently revealed that filming of Thor: God and Thunder is scheduled to start in Australia in August, so we can expect to hear more casting news relatively soon.

1. DANIEL CRAIG’S CHARACTER WILL RETURN IN KNIVES OUT SEQUEL

Daniel Craig’s run as James Bond will end in a few months with the release of No Time to Die (4/10/2020). The relative success ($250 million worldwide from a $40 million budget) of the recent whodunit mystery Knives Out (Certified Fresh at 97%), however, is about to give Craig a new franchise to replace his old one. Writer-director Rian Johnson is reportedly already working on a Knives Out sequel that will feature Craig’s detective Benoit Blanc investigating a new case, implying that most of the cast will also be new. Lionsgate has not yet given the Knives Out sequel a greenlight, but Rian Johnson is reportedly hoping to start filming within the next year, presumably for a release in late 2021 or 2022.

2. NICHOLAS HOULT JOINS MISSION: IMPOSSIBLE 7 AS THE FRANCHISE’S NEXT VILLAIN

Mission: Impossible – Fallout (Certifed Fresh at 97%), the sixth film in the franchise, introduced a new adversary for Tom Cruise’s Ethan Hunt in the form of a CIA assassin played by Henry Cavill, who in 2018 was coming off his run as Superman. For Mission: Impossible 7, Paramount Pictures is turning to another recently finished franchise for its next villain. Nicholas Hoult, who played Beast in recent X-Men movies, has signed on to join the Mission: Impossible franchise with the seventh film, which is currently scheduled for release on July 23, 2021 (one week after Space Jam 2 and Tom Holland’s third solo Spider-Man movie). Other new cast members will include Hayley Atwell, Pom Klementieff (both of the Marvel Cinematic Universe) and, also announced this week, Shea Whigham (Boardwalk Empire). Director Christopher McQuarrie said of Shea Whigham’s character, “You’ll never see him coming,” which is leading some to speculate that he may be playing magician Rollin Hand, who was played by Martin Landau on the original 1960s TV series.

3. RYAN REYNOLDS CONFIRMS DEADPOOL 3 IS IN THE WORKS AT MARVEL STUDIOS

Although the 20th Century Fox version of the X-Men franchise ended last year with Dark Phoenix, there is one franchise that appears to be making the transition from Fox to Marvel Studios relatively smoothly. Talking this week to the hosts of TV’s Live with Kelly and Ryan, Ryan Reynolds confirmed that Deadpool 3 is now in active development at Marvel Studios, with the “whole team” (preumably screenwriters Rhett Reese and Paul Wernick) now “working on it.” It is not clear how Deadpool will transition from one cinematic reality (the world of Fox’s X-Men movies) to the Marvel Cinematic Universe, but Deadpool’s ability to “break the fourth wall” may be all the explanation the screenwriters need. Deadpool (Certified Fresh at 85%) and Deadool 2 (Certified Fresh at 84%) came out just two years apart from each other (2016 and 2018), but with no release date for Deadpool 3 yet in 2021 or 2022, the gap between 2 and 3 will be presumably be much longer.

Following the $903 million earned in 2018 by Bohemian Rhapsody and the accolades this year given to Rocketman, Hollywood is certainly on the hunt for other musical biopics it can greenlight next. Jennifer Hudson is currently filming the Aretha Franklin biopic Respect (10/9/2020) and Baz Luhrmann is preparing to film an Elvis Presley biopic starring Austin Butler (Tex from Once Upon a Time in Hollywood) as Elvis and Tom Hanks as Colonel Tom Parker. We can now add Bob Dylan to the list, as Timothée Chalamet (Call Me By Your Name, Little Women) this week joined an untitled Bob Dylan project (formerly called Going Electric). Not to be confused with the 2007 Bob Dylan film I’m Not There (which featured several people as Dylan), this new film will be directed by James Mangold, who previously directed the Johnny Cash biopic Walk the Line and most recently 2019’s Ford v. Ferrari, also based on a true story. As the working title Going Electric suggests, this new Bob Dylan film will focus on the period in his life when he switched from the acoustic guitar of a folk singer to the electric guitar of a rock star. Timothée Chalamet will next be seen in Wes Anderson’s The French Dispatch and as Paul Atreides in the remake of Dune (12/18/2020).

5. ANIME MASTER HAYAO MIYAZAKI COMING OUT OF RETIREMENT TO ASK HOW DO YOU LIVE?

(Photo by Elisabetta A. Villa/Getty Images)

Many anime fans were saddened when the news broke that Hayao Miyazaki was retiring in 2013 from directing feature films after The Wind Rises (Certified Fresh at 88%). Studio Ghibli recently confirmed that Miyazaki (now 79 years old) is coming out of retirement to direct an anime feature film called How Do You Live? It’s actually the first of two films that Miyazaki is now working on, but the second film is currently still shrouded in secrecy. As for How Do You Live?, it is described as being about how the 1937 novel of the same title by author Genzaburo Yoshino figures into the life of a 15-year-old protagonist and his uncle. Poignantly, Hayao Miyazaki is reportedly dedicating the film to his grandson “as his way of saying, ‘Grandpa is moving onto the next world soon, but is leaving this film behind because he loves you.'”

6. SAM RAIMI WORKING WITH A YOUNG DIRECTOR ON A NEW EVIL DEAD

This particular story is admittedly a little light on details, but we know that fans of the franchise in question want to know any major developments. While promoting the recent reboot of The Grudge, one of its producers, Sam Raimi, revealed that he is currently “working with a young filmmaker who is writing a new Evil Dead story that he will direct. As for me… I would love to direct a new Evil Dead movie… but I’d really like to do it with Bruce [Campbell]. And he says he’s retired the character. I hope not.” Let’s set aside the possibility of Sam Raimi directing a new Evil Dead, and focus on what appears to be most likely, which is that the franchise might receive a fifth film from a new director. We can presume it’s not Fede Alvarez, who directed the 2013 reboot, or Raimi would’ve just said so. Who do you think might be the next director to take on The Evil Dead, fans? Someone completely new, or a (relatively) young director we’ve already heard of?

7. SCOTT DERRICKSON DROPS OUT OF DOCTOR STRANGE IN THE MULTIVERSE OF MADNESS

The last few weeks have seen a few rumors about Doctor Strange appear online, but it’s probably best if we start with the most recent news, which potentially ties some of these stories together. Yesterday, director Scott Derrickson (Doctor Strange, Sinister) confirmed that he is dropping out of directing Doctor Strange in the Multiverse of Madness, although he is staying on as executive producer, and the film is still scheduled for release on May 7, 2021. Derrickson’s departure due to “creative differences” comes at a point when we still don’t know much about the film’s premise (including the villain or villains), except that its stars will include Benedict Cumberbatch, Elizabeth Olsen (Scarlet Witch), and Benedict Wong (Wong). Now, let’s see if a recent rumor gives us any hints. Derrickson’s departure came just two days after this piece from Comic Book Resources speculated that Marvel may be planning on introducing the original Defenders team from the comics that consisted of Doctor Strange, The Incredible Hulk, and Namor the Sub-Mariner (also rumored to appear in Black Panther 2 when it’s released on May 6, 2022). That story was a follow up to a hint from Kevin Feige earlier this month that the Doctor Strange sequel would feature a “mystery character” (whom many are predicting is probably Namor).

8. TRAVIS KNIGHT BECOMES THE SIXTH DIRECTOR TO DROP OUT OF UNCHARTED

Directors frequently drop out of movies. It’s just something that happens, sometimes due to “creative differences” (see above), but often because of scheduling problems (whether because of their own competing projects, or because the stars have other films they’re committed to). However, when a movie goes through six directors, maybe that’s just the universe’s way of saying that the movie was never meant to be. That’s exactly how many directors have dropped out of Sony’s planned movie based on their popular Uncharted video games. The latest is Travis Knight, who most recently directed the Transformers spinoff Bumblebee (Certified Fresh at 92%) after previously directing Kubo and the Two Strings (Certified Fresh at 97%). The reason is reportedly because the film’s star, Tom Holland, is committed to starring in his next solo movie as Spider-Man sooner than expected to make its July 16, 2021 release date.

9. DO ANDROIDS DREAM OF GREENLIGHTING MOVIES FOR WARNER BROS.?

For nearly as long as computers have been around, satirists and science-fiction authors have speculated about scenarios in which they would be used to make decisions normally made by human beings. This week, those fantasies came closer to reality with the announcement that Warner Bros has signed a deal with a company called Cinelytic to use their A.I.-driven project management system to “guide decision-making at the greenlight stage.” The article points out “the value of a star in any territory” as a determining factor in the algorithm, but presumably, many different aspects, such as genre, franchise, director, and screenwriter, could be included in the analysis. One has to wonder, however, whether an artificial intelligence would have advised Warner Bros. to greenlight, for a few examples, a $160 million Jason Momoa movie ($1.148 billion worldwide), a two part adaptation of a Stephen King TV mini-series ($1.172 billion combined), or a supervillain movie starring Joaquin Phoenix ($1.067 billion worldwide and counting).