George RR Martin on Surviving in The Walking Dead

In an interview on the “Entertainment Weekly, Game of Thrones mastermind George RR Martin explained how he would survive the zombie apocalypse. Having just caught up on AMC’s The Walking Dead, it occurred to Martin what he would do if he were among (a different type of) walkers: live in a castle. “Whatever is happening in the United States during The Walking Dead, I’m sure they’re a lot better off in England because they’re in castles,” Martin said. “If they had any brains, they’d go to the existing castles and reinforce the walls. They can patrol on the bulwarks. No way is a zombie [getting through] — medieval siege armies couldn’t break castles with conventional artillery, and zombies don’t use artillery. Zombies don’t build trebuchets. They don’t build siege towers. There is no way they can break into a well-defended castle.” Sure, they’d have to go out and do a food run here and there, but that’s why you have guys like Reek hanging around.

Deadline confirms that Downton Abbey will end after its sixth season, expected to air in the US early next year. On a global press call Thursday, Gareth Neame of Carnival Films (which produces Downton Abbey) shared the news that he and creator Julian Fellowes decided that it’s time to end the show. “With this show we always try to get our timing right,” Neame said. “Our feeling is that it’s good to quit while you’re ahead. We feel the show is in really strong shape… The show is so popular globally but the danger with this sort of thing is to let it go on forever. It’s very addictive to want to do that.” Six seasons is a very long run by British standards and its success was a game-changer for PBS, putting Masterpiece on the mainstream map. Neame promises that the final season will provide satisfying endings for the characters, also capturing the end of the “idea of aristocracy” in Britain. Season five of Downton Abbey is currently Certified Fresh at 80 percent.

Suffering from Cookie withdrawal? Empire‘s Taraji P. Henson will host an upcoming episode of Saturday Night Live on Apr. 11 with musical guest Mumford & Sons. This will be Henson’s SNL debut (though her character was expertly parodied in an Empire sketch with Chris Hemsworth on the Mar. 7 episode of SNL). Henson’s comment on the news? “So freakin’ excited!” Birdman‘s Michael Keaton will also host SNL on Apr. 4 with Carly Rae Jepsen who is also making her Studio 8H debut when she appears as the musical guest. SNL returns from hiatus this Saturday with The Rock in 30 Rock! Dwayne Johnson will host with musical guest George Ezra.

History announced Thursday that it’s picking up another season of Vikings, its historical epic starring Katheryn Winnick and Clive Stanton. Currently six episodes into season three, Vikings has enjoyed respectable Live+3 ratings this year, averaging 4.3 million viewers a week. History GM Dirk Hoogstra said in a statement, “We are so proud of our immensely talented cast and crew led by Michael Hirst, whose intriguing storylines and pivotal arcs have the perfect balance of scope, smarts and bloodshed to keep our loyal fans watching and wanting more.” Season four begins shooting in Ireland this spring, while season three is currently Fresh at 100 percent.

HuffPo Live interviewed actor Jason Biggs this week, who confirmed that he will not be in season five of Orange Is the New Black. “It’s just not a Larry season,” Biggs said. “They have a lot of characters to service on that show and at the end of the day, it’s a women’s prison show, and Larry is not a woman or in prison.” Does that mean Larry’s out for good? “The good news is with a show like that, there’s always a possibility that he can come back. And I would certainly go back in a heartbeat. And I love everyone over there … those writers are unbelievable. The stuff that they come up with is pretty wild so I’m actually really excited to see season three… Even though I’m not in it.” 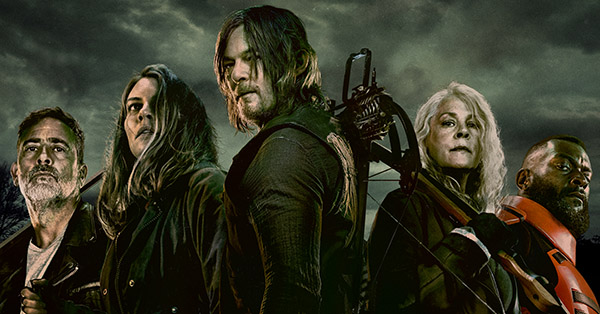