From Game to Screen: The Biggest Things Detective Pikachu Changed

Plus, combat your Pokémon withdrawals with these three animated Poké-flicks.

Pokémon Detective Pikachu is finally out in theaters, with Ryan Reynolds bringing everyone’s favorite poké-detective to life. The video game on which the movie is based hit the Nintendo 3DS in March 2018 – just about a year ahead of the movie’s debut. You may have already picked it up and played it, especially since it came out alongside an oversized Detective Pikachu amiibo figure.

So if you already played the game, is it worth going to see the movie in theaters, or would you essentially be seeing a retread of the story you already experienced in game form? Here’s the good news: The two stories are different enough that even if you played through Detective Pikachu more than once, you’ll still be able to get plenty out of the movie as well. In many cases, they’re two different sides of the same coin – one focused on humor and “adult” situations and the other a more Pokémon-centric story steeped in series lore with a less definitive ending. The best course of action for most Poké-fans will be, possibly as expected, to see both. Here are some of the key differences. (Warning: Mild Pokémon Detective Pikachu spoilers follow.)

While the plots of both the movie and game are somewhat similar, they diverge in several ways from their respective opening moments. For instance, while Tim Goodman (played in the movie by Justice Smith) is still the main protagonist in both stories, he’s just a boy in the game and a 21-year-old in the movie. The game’s Tim is a typical Pokémon trainer looking for his father, Harry, who happens upon a “special” Pikachu he can communicate with. The duo pair up to look for Harry and stumble onto a rash of weird Pokémon behaviors throughout Ryme City. Their investigation begins when they must recover a necklace stolen by a group of wild Aipom.

The movie‘s Tim is a young man who gave up on training Pokémon after his mother passed away and he found himself dealing with an absentee father. He learns later on that his father may have passed away while investigating a case, then travels to Ryme City to collect his father’s assets and meets Pikachu. Their first chat is interrupted by an attacking group of Aipom under the influence of a strange purple gas called “R.”

A Cub Reporter Joins the Fold

From there, both stories are markedly different. While they include major plot points that resemble each other, the characters and stories that unravel throughout each narrative are only slightly similar in tone or content.

Both feature a drug named “R” that pushes Pokémon to behave irrationally and go on rampages, and Tim’s father is missing in both the movie and the game. They both also note that Pikachu is a Pokémon whose human speech can only be heard by Tim. But while the game features a reporter named Meiko Okamato and her assistant Emilia Christie, the movie features Lucy (Kathryn Newton), a wannabe reporter who writes fluff pieces and who acts as Tim’s companion. Further, the ending of the movie gives us true closure on Harry’s whereabouts as well as how he ties into Pikachu himself, where the game is more content to hint at what actually happened, possibly so the game could be more open to a sequel in the future. While Warner Bros has already greenlit a sequel for the live-action flick, they will have a significantly harder time explaining why there’s a talking Pikachu with Reynolds’ voice back in the saddle the second time around.

Most importantly, the Detective Pikachu game is much more centered on the “mystery” aspect of various occurrences involving Pokémon throughout Ryme City, with Pikachu taking on the demeanor of an old-time investigator. This leans into the interactive nature of the game.

The movie, on the other hand, is an action-packed summer blockbuster that focuses more on comedic timing, jokes, and the spectacle of Pokémon in their computer-generated forms. Since this is the first live-action Pokémon movie, attention is kept squarely on ensuring the audience gets more than a few eyefuls of the ’mons interacting with their live-action counterparts – think the infamous Mr. Mime scene or Psyduck asking Pikachu for a foot rub. It’s content to focus mostly on making the audience laugh, sucker punching them with an emotional scene, and peppering it all with that Reynolds-flavored sarcasm.

Further Viewing: The World of Pokémon

If the end of Detective Pikachu left you wanting more, you’ll be left waiting a while for the next live-action Pokémon movie. However, there is a wide selection of anime movies based on the game as well anime series that you can tear into right after getting out of the theater – most are available to stream for free thanks to The Pokémon Company. 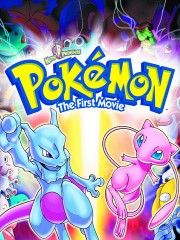 The very first Pokémon movie to hit theaters made waves as it introduced the powerful clone Pokémon Mewtwo, who can think and act for himself. Upon learning he’s actually a clone of the Pokémon Mew, he begins to plot against humanity as part of a punishment for what he views as misdeeds bringing him into the world. It’s one of the darker entries in the Pokémon film series, with strong themes about brotherhood, and while some scenes are cloying, you’ll be reaching for the tissues by the end. The movie’s even coming back with a full CGI remake called Mewtwo Strikes Back: Evolution, debuting later in 2019. 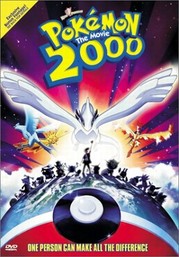 The second animated Pokémon film follows a man looking to lure out the legendary “Beast of the Sea,” Lugia, by capturing all three legendary birds Moltres, Articuno, and Zapdos, all of which are located in the heart of the Orange Islands. When the man captures Moltres, this affects the balance of power that the birds themselves have on the planet. It’s up to Ash Ketchum and crew to set things right once more. This movie coincided with the debut of all the second-generation ’mons, and as such had plenty of new sights for moviegoers, including Johto and more new Pokémon. 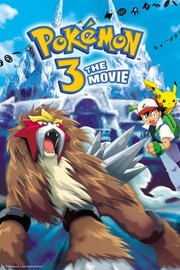 The third animated Pokémon movie was particularly emotional, despite dealing with the mysterious Unown. Ash and friends head to the town of Greenfield, where they discover the secret behind the strange, letter-shaped monsters. Meanwhile, Ash must take it upon himself to rescue a young girl named Molly, whose faithful Legendary Pokémon guardian Entei is attempting to keep her “safe” forever in a never-ending dream world.