How will Marvel's Phase Three end? We've got a few ideas. 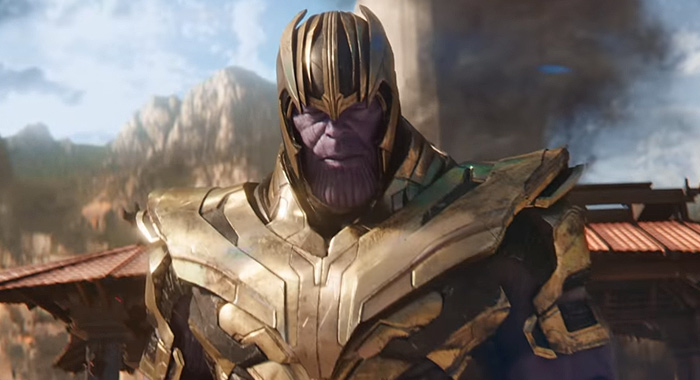 Now that Avengers: Infinity War has box office supremacy – to the tune of $258 million in the U.S. and $638 million worldwide – it is safe to say most of the people who wanted to see the movie have done so. Sure, there are outliers who no doubt have amazing stories of why they could not get to a screening during opening weekend, but the multitudes who have seen it know something very special about it: a shock ending.

And if you happen to be one of those with an amazing story why you did not see Infinity War, BE WARY OF SPOILERS FROM THIS POINT ON.

To many, the end of the film seemed more risky than any chance Marvel Studios has taken before, and that includes believing audiences would embrace a talking raccoon. By making half the universe disappear and essentially hitting the pause button on their film universe for a full year until 2019’s Avengers 4 – July’s Ant-Man & The Wasp is said to occur before Infinity War while Captain Marvel is set in the 1990s – Infinity War‘s conclusion left audiences shaken, as some of their favorite characters appeared to, well, die, thanks to Thanos (Josh Brolin) assembling the Infinity Gauntlet and snapping his fingers.

But to those who study developments at Marvel Studios and fans of comic book crossover events like Marvel Comics’ Infinity or DC Comics’ Crisis on Infinite Earths, the startling end of Infinity War isn’t set in stone. There are a number of outs to its dark turn and several ways the subsequent film could restore the MCU’s previous status quo. With that in mind, here are five ways Avengers 4 could play out. 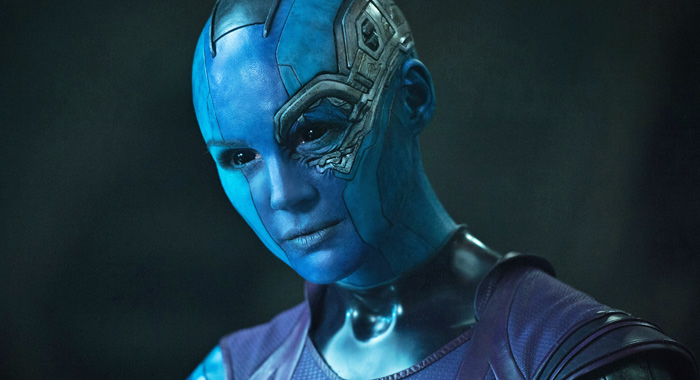 With a Spider-Man sequel due out two months after Avengers 4 and the staggering success of Black Panther, it is safe to say the snap of Thanos’s fingers will be reversed. Doctor Strange (Benedict Cumberbatch) just about tells Tony Stark (Robert Downey Jr.) as much before he turns to dust. In the pages of Marvel Comics’ The Infinity Gauntlet series by Jim Starlin, George Perez, and Ron Lim, Adam Warlock ends up with the Gauntlet and undoes all of Thanos’ alterations to the cosmos. The character was cut from the film because his backstory deserved a film of its own, but it is easy to imagine his function in The Infinity Gauntlet will be mirrored in Avengers 4.

So who could take control of the Gauntlet and reverse the change? In The Infinity Gauntlet, Nebula (played by Karen Gillan in the Marvel Cinematic Universe) wrests control of the Gauntlet for her own devious ends. The MCU Nebula is more sympathetic despite her desire to end Thanos. Reversing his greatest accomplishment before editing him out of the universe would be a fitting revenge from her point of view. Then again, the power of the Gauntlet could lead her to more villainous ends, leading Thanos to ally with the remaining Avengers and take Adam Warlock’s place in the story — provided someone could convince the Mad Titan that he was wrong.

2. Captain Marvel Teaches Thanos The Error of His Ways 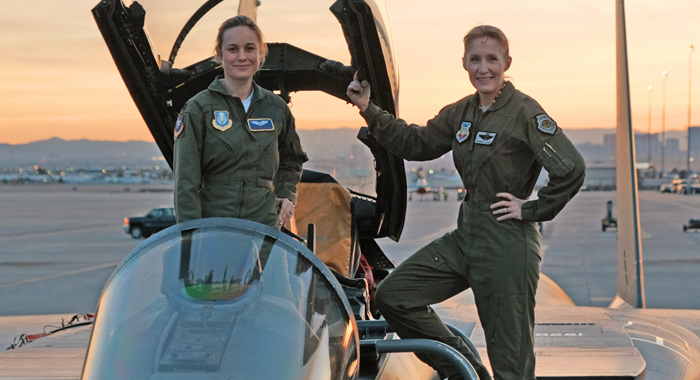 Nick Fury’s (Samuel L. Jackson) final act before turning to dust was to summon his friend from the old days, Carol Danvers (Brie Larson). The as yet unseen Captain Marvel has presumably spent the last 20 to 25 years in space and must be well aware of Thanos, his habit of halving planetary populations, and his ultimate goal of assembling the Infinity Stones.

Well, that’s assuming she hasn’t been on ice the last two decades.

But no matter her personal history, she is on her way to be part of the Avengers 4 solution. Fisticuffs will no doubt be involved because this is an Avengers crossover event film, but perhaps she will be able to appeal to Thanos in a way no one else can. Perhaps her own relationship with her abilities will offer a viewpoint he can understand; particularly as he has finally accomplished his life’s desire and will be looking at his work from a different angle.

Alternatively, she may take Adam Warlock’s place in the tale and, ultimately, win the Gauntlet for herself. One other possibility from the pages of Marvel Comics also presents itself: she may be in contact with beings beyond the power of the Gauntlet. 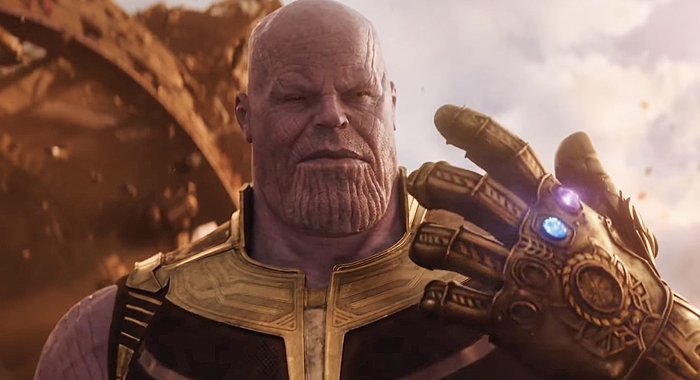 While Thanos is an extremely powerful entity even without the Gauntlet, there are orders of beings beyond him in terms of might, intelligence, and wisdom. There are the Celestials like Ego the Living Planet (Kurt Russell), immensely powerful entities from an early form of the universe; the Watchers, the blue robed observers glimpsed in Guardians of the Galaxy Vol. 2; personifications of the cosmos like Eternity and Infinity; and the multiversal being known as the Living Tribunal.

Charged with maintaining a balance across the infinite parallel universes within the Marvel latticework of realities, the Living Tribunal ultimately decrees that the Infinity Gems (as they are called in Marvel Comics’ main “616” universe) may not be used in unison following the events of The Infinity Gauntlet. In its sequel, The Infinity War, Eternity, advocating for Earth’s heroes, attempts to convince the Living Tribunal to allow the Gauntlet to be used to undo a mistake Adam Warlock made while first in possession of it. Without the Tribunal’s say, the Gauntlet itself will not work.

Considering the power Thanos currently wields, it may require the intervention of a literal deus ex machina to curtail the Gauntlet’s power and prevent its use in the future. Now that Marvel Studios is secure in its cosmic scope with the successes of the Guardians films, Infinity War, and Thor: Ragnarok, it is possible some of its most epic and reality-shattering characters may enter the fray. But should the Living Tribunal become involved, the Avengers and their allies must still undo the snap. And that may entail the ultimate sacrifice on the part of certain characters. 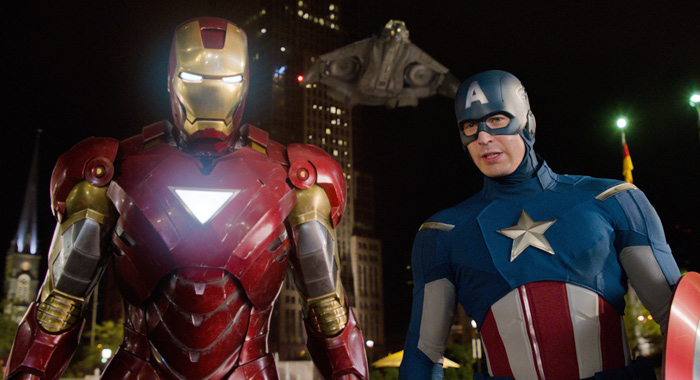 The fate of Tony Stark and Steve Rogers (Chris Evans) is the place where the MCU and real-life commerce collides. Both actors are expected to fulfill their contracts with Avengers 4 and both seem prepared to be done playing their characters. Curious, then, that they both survived Thanos’s Infinity War snap. Considering they are never on screen together in the current Avengers release, the resolution of their falling out in Captain America: Civil War could play into how they ultimately save the universe. Perhaps they successfully appeal to Thanos or the Living Tribunal. Perhaps their refusal to let one or the other sacrifice themselves will impress whatever consciousness hides in the Soul Stone. Or, perhaps it will just be a good old slugfest against the Mad Titan – once Nebula or Captain Marvel has relieved him of the Gauntlet – leaving all parties too injured to survive.

Or, maybe the pair save the universe without dying and get to walk off into the sunset and their well-earned retirement. According to some reports, the fourth phase of the Marvel Cinematic Universe will allegedly focus on the cosmic aspects outlined in Infinity War, Thor: Ragnarok, and the Guardians films — a part of the universe where Tony and Steve would be quite out of place. Tony could have his family with Pepper (Gwyneth Paltrow) while Steve and Bucky (Sebastian Stan) figure out what life would look like for them after fighting all these wars. Meanwhile, Captain Marvel, Thor, and the Guardians can take the Avengers Initiative into space; where they can face Beyonders, Ziran the Tester, and other mad and brilliant ideas from the Marvel Comics library.

Either way, Avengers 4 will likely take both characters off the board for some time, leaving the Marvel Cinematic Universe open for some new arrivals.

5. Scarlet Witch Ends Up With The Reality Stone 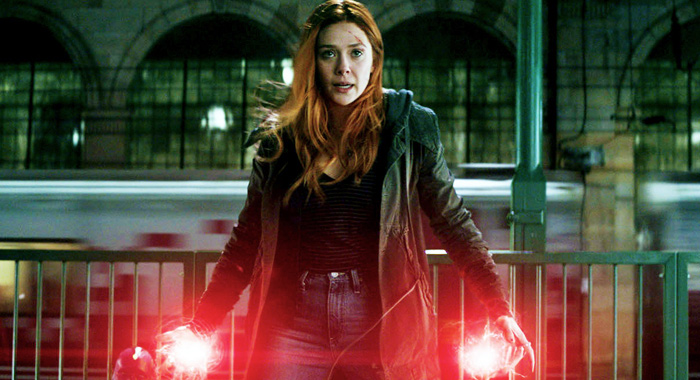 Assuming everyone killed at the end of Infinity War returns, Thanos ends up defeated, and the Living Tribunal prevents the Gauntlet from being used again, the individual Infinity Stones will still contain their powers. Dispersed once again – whatever the outcome of Avengers 4 – it is always possible the red Reality Stone, known as the Aether in Thor: The Dark World, could come into the possession of Wanda Maximoff (Elizabeth Olsen). In Marvel Comics’ The Infinity War, Thanos is revealed to be the Reality Gem’s protector following Adam Warlock’s use of the Gauntlet in the previous tale, so there is a precedent for characters getting individual powers from the Gauntlet. In Scarlet Witch’s case, her powers already resemble the electric discharge of the Reality Stone and, should the two become united, her powers would effectively mirror her comic book counterpart. Perhaps she will use them to reform Vision (Paul Bettany). And like the Scarlet Witch of Marvel’s 616 Universe, a single statement could fundamentally change the MCU forever.

It would definitely be a good way to lay the groundwork for the X-Men — should Marvel Studios get control of the characters — in Phase 5.

Of course, these are only 5 of 14-and-a-half million possible outcomes. They also lean toward the cosmic when it is always possible more grounded heroes like Ant-Man (Paul Rudd) or Hawkeye (Jeremy Renner), who were conspicuously missing from Infinity War, could prove key to defeating Thanos. Then there’s always the X factor of Bruce Banner (Mark Ruffalo) and his green-skinned pal. All that is certain is fans will try discover Strange’s one winning scenario before the fourth Avengers film debuts next year.