Now that the Oscar-winning director of The Shape of Water has partnered with the studio that produced it, he could finally realize some of his biggest passion projects. 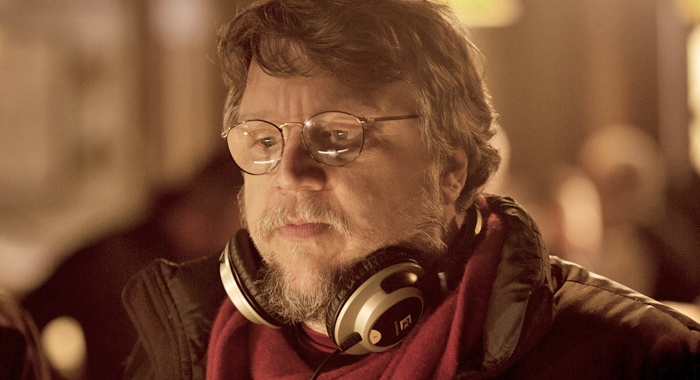 Thank goodness Fox Searchlight Pictures saw the potential in Guillermo del Toro‘s off-kilter romantic fantasy about a mute woman who falls in love with a fish-man. The gamble paid off, too; The Shape of Water took home four Oscars — including Best Director and Best Picture — from a whopping 13 nominations and earned a slew of accolades along the way.

Yesterday, the presidents of Fox Searchlight announced not only that they had officially inked a deal with del Toro to cover his live-action features, but also that they planned to create a new label for horror, sci-fi, and fantasy films, including movies produced and curated by del Toro himself. It sounds like a match made in heaven. Or a top secret Cold War research facility.

All of this got us thinking about the countless projects del Toro has been forced either to abandon or postpone indefinitely through the years, and what this new deal could mean for some of them. Del Toro’s a passionate filmmaker, and he’s famous for trying to keep half a dozen plates spinning at any given time, so this list isn’t comprehensive by any means. But if this Fox Searchlight deal does open up some new opportunities for him, here are a few long-gestating films and passion projects he could finally bring to fruition. 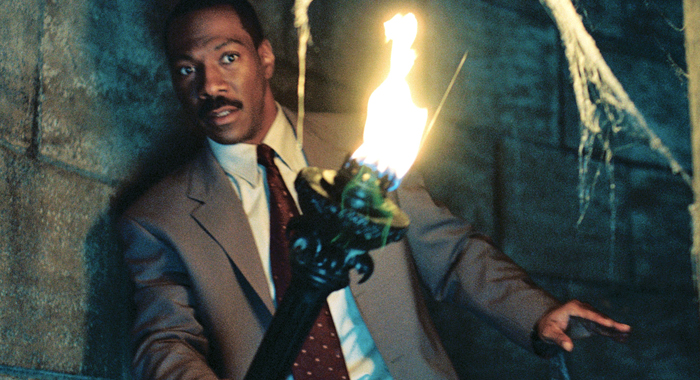 We’ve already talked about the as-yet-not-finalized acquisition of 21st Century Fox by The Walt Disney Company and how it could impact the future of Marvel Studios (for the better, mostly). The hope and expectation is that Disney will leave Fox Searchlight alone, since the former lacks a proper distribution outlet for prestige projects.

So now that Fox and Disney will presumably hold hands and make nice, the Searchlight deal with del Toro could mean he’ll have the opportunity to revive the Haunted Mansion remake that Disney initially recruited him to write and produce almost eight years ago. Del Toro is a self-professed megafan of the Disneyland ride, calling it a “way of life” for him when he spoke at the 2010 Comic-Con panel where his involvement was first announced, and he already had a specific vision for the film.

We’ve only gotten a few updates here and there since then, noting that del Toro had written and submitted a script that was well-received; that some revisions were being done; that Ryan Gosling was in talks to star; and that del Toro would love to direct it himself if his schedule permitted. As far as we know, this thing is still in limbo, but if nothing else, we’d like to see it get made just to erase our memories of the 2003 film starring Eddie Murphy, a dud that scored just 13% on the Tomatometer. 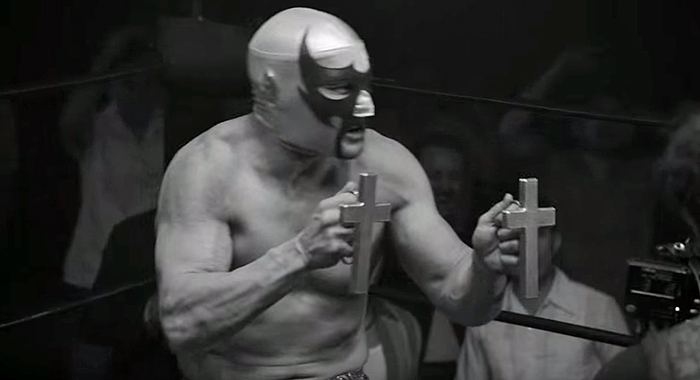 The Strain (Photo by FX Networks)

If you watch FX’s The Strain, which was co-created by del Toro, you’re already familiar with the character of Angel (Joaquín Cosío), a former wrestler who made his first appearance in the show’s second season. In an episode titled “The Silver Angel”, he’s introduced in a pre-credits scene via a fictional low-budget black-and-white action flick about a luchador who fights vampires. You see where this is going.

It turns out del Toro has wanted to film a feature-length version of that little snippet for a long time, and The Strain simply provided him a taste of what it could be like. Reports of this first surfaced when some eagle-eyed journalists spotted a few curious lines in a 2015 interview with the Guardian, mentioning a pet project of del Toro’s called “Silva” and centering on “a Mexican masked wrestler who discovers that all politicians are vampires.” (Del Toro quickly clarified that it was “Silver”, not “Silva”, and the mistake was due to his accent.)

Fast forward a couple years to mid-2017, and in an interview about the “The Silver Angel” with SYFY (AU), del Toro casually mentions, “It’s a character I’ve been thinking about for ages. I wanted to do a whole feature film at one point, and I may still do it. It’s just a genre that I love.” He also specifies that the movie he wants to make is literally the one on display in that pre-credits sequence.

Sure, it sounds a lot like something Robert Rodriguez dreamed up between filming Spy Kids sequels, but this is an idea that del Toro has been mulling over for decades, and the minutes-long sequence he shot for The Strain likely left him (blood)thirsty for more. It’s the type of project that sounds perfectly suited for the new label Fox Searchlight announced. 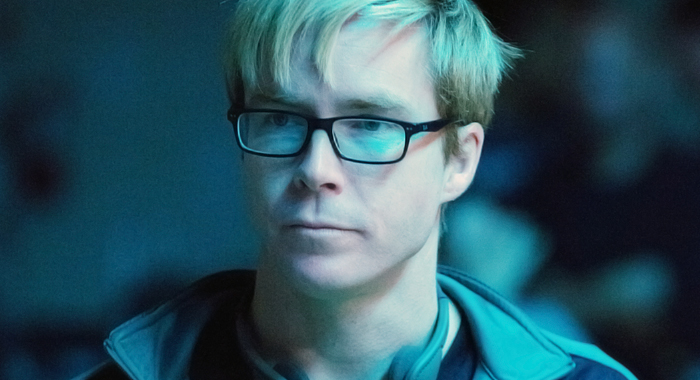 Back in 2012, when he was still primarily referred to as “a protégé of Bryan Singer”, Adam Robitel (Insidious: The Last Key) wrote a spec script for a film about a real-life family known as the Bloody Benders, who murdered an estimated 20 people in their one-room Kansas inn during the 1870s. Most of us only found out about the script because in late April of that year, Deadline reported that Guillermo del Toro had optioned it alongside Angry Films, the producers of the only-just-Rotten Real Steel. Because serial murder is a great palate cleanser when you’ve spent a year with Hugh Jackman and giant rock’em sock’em robots.

In actuality, Angry Films’ Susan Montford and Don Murphy had partnered on films with del Toro before, including probably the biggest missed opportunity of del Toro’s career (more on that below). But around the time they decided to buddy up on The Bloody Benders, del Toro had just wrapped shooting Pacific Rim, so they had to put it off for a while. We are currently still in the midst of that “while”, and we’ve heard pretty much nothing else since the initial announcement. This would be a great time to revive that project, and considering del Toro never planned to direct the film himself, it would make a pretty excellent addition to the yet unnamed genre branch of Fox Searchlight.

4. The Left Hand of Darkness 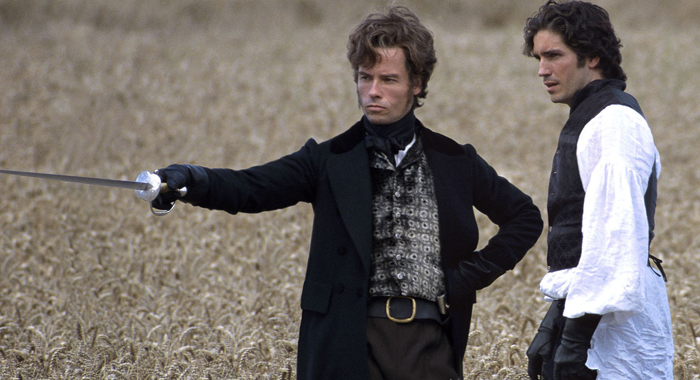 In the late 1990s, Guillermo del Toro’s father was kidnapped and held for ransom for 72 days, and upon his release, del Toro packed up his whole family and left Mexico for good. The experience left its mark on the director, who, in his own words, lives “in involuntary exile.”

Years prior to that, Roman Coppola had approached del Toro about working on a Western adaptation of The Count of Monte Cristo, and del Toro had completed a draft with Kit Carson and Matthew Robbins (co-writer on Mimic and Crimson Peak). When his father was taken, he furiously worked on a rewrite, pouring all of his anger and frustration into its revenge fantasy narrative, just to “stay sane.” Imagine what that script must look like, and how it must feel to read it. (Seriously, if anyone wants to slip us a copy…)

In interviews, del Toro subsequently explained that his vision was a steampunk Western in which the Count possesses a mechanical hand built specifically to draw his gun faster than anyone else. He also stated that Legendary came real close to financing the film, but opted to go with Crimson Peak instead. With that in mind, we think this is another del Toro passion project that could benefit from the Fox Searchlight deal, and we’re pretty sure it would turn out a whole hell of a lot better than Wild Wild West.

5. At the Mountains of Madness 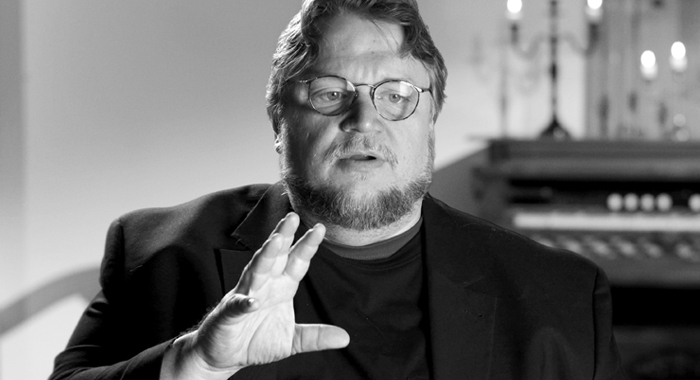 You knew this was coming. This adaptation of the H.P. Lovecraft novella has been in the works for decades, and around the same time that del Toro was first attached to The Haunted Mansion in 2010, At the Mountains of Madness almost — almost — got made. Del Toro had gone to great pains to secure the rights to the book and did a decade and a half’s work of his own in preparation, even before he went into preproduction with it for Universal. Monster designs and storyboards were created, and Tom Cruise had been attached to star with James Cameron on board as producer. Del Toro actually learned the studio had pulled the plug on it while he was on a location scouting trip, for crying out loud.

But the big reason Universal closed down the production, reportedly, was del Toro’s insistence that the film be rated R, and that kind of logic went the way of the red balloon after the success of last year’s It, a smash with audiences and critics alike (85% on the Tomatometer). Some changes and updates would obviously need to be made to all the prep work del Toro did over the years, but with so much of it at the ready, and a production company at his back, would it really be so difficult to fire up the movie-making machine and crank this out? OK, yes, we realize it wouldn’t be quite that simple, but he’s compared losing this film to having a miscarriage, in rather graphic fashion. Just let the man make his damn movie already.