Wolverine in the MCU? Will Galactus take on the Avengers? And what's the fate of the Fantastic Four?

The merger between The Walt Disney Company and 21st Century Fox moved one step closer to completion on Friday with shareholders from both companies approving the $73.1 billion deal. It is a staggering sum and a staggering amount of assets for one company to control. According to the most recent reports, the assets of both companies will transfer to a holding company, currently known as “New Disney.” It will contain the vast film and television libraries of both studios, the studios themselves, Disney’s theme parks, Fox’s domestic and international cable holdings, and tons of popular intellectual property like Star Wars, Alien, The X-Files, and the Marvel Comics characters.

But that last asset currently exists in a split state. Two of Marvel’s high profile IPs, the X-Men and the Fantastic Four, have been under Fox’s control since the mid-1990s. According to the terms of the deal Marvel Comics made during a particularly bad financial time, Fox would control the media destinies of both properties in perpetuity as long as it continued to make and develop films based on the characters. With the merger almost certainly a done deal, fans assume the two IPs will be end up part of Marvel Studios’ wide range of IPs and characters. What will that vision of the Marvel Cinematic Universe look like and how soon will it happen? We know you have questions and we have some answers. Or, at least, some educated guesses. Here are five answers to questions you may be asking about Marvel’s role in the Disney/Fox merger.

1. How soon will Wolverine show up in Marvel Cinematic Universe? 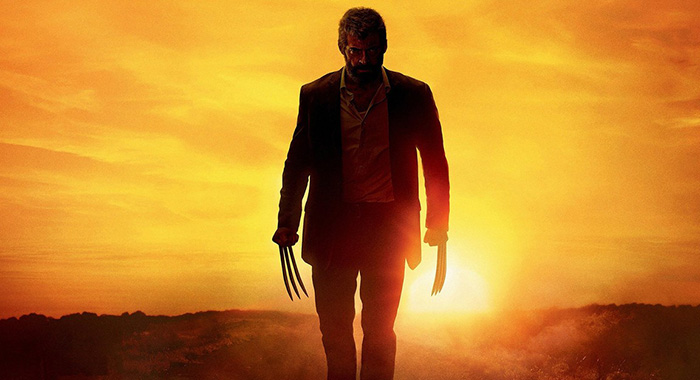 Our best guess? You’ll see his claws in a mid-credits stinger in 2021. As the last six months illustrated, mergers are not simple things. Prior to Comcast’s counter-offer for the assets in early June, Disney and Fox expected the merger to close in December, but it is possible the deal will not be complete until sometime in 2019. From Marvel Studios’ perspective, it cannot make plans for the X-Men or the Fantastic Four until those properties are legally part of the New Disney portfolio. And even then, it is possible that the transfer of the IP to Marvel Studios will be a decision top level Disney management will make after hearing reasons why they should remain part of whatever presence 20th Century Fox will have in the next decade.

But let’s assume the transfer will happen – because why would it not?

In our proposed timeline of events, we’re nearing the summer of 2019. That will be just enough time for Disney to make its decision and for Marvel Studios to plan some showy stunt about the X-Men and the Fantastic Four at Comic-Con. But that is all it will be. Marvel Studios’ 2020 output will be in production by then and it cannot count on the merger to be finalized before committing to the next three films following Spider-Man: Far From Home. There may be time to film stinger scenes introducing ideas like the Baxter Building, Trask Industries, or even Xavier’s School for Gifted Youngsters, but on-screen appearances of characters by either Fox-controlled property will be two-to-three years out from the moment the transfer is approved and final, even if Marvel Studio chief Kevin Feige already has a plan for the properties today.

And as for the first Marvel Studios X-Men or Fantastic Four film? Don’t expect that until 2025 at the absolute earliest.

2. Will X-Men: Dark Phoenix And New Mutants Still Be Released? 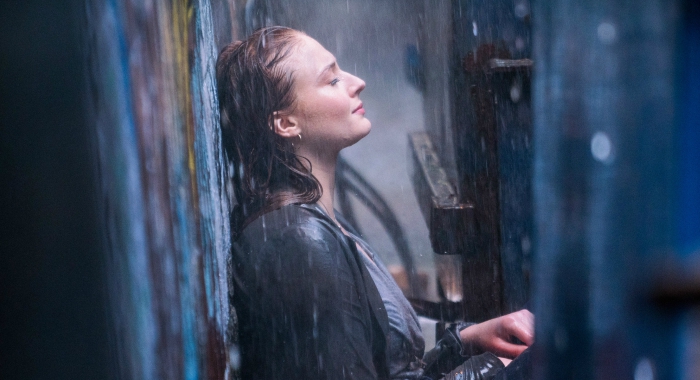 Yes. Despite rumors to the contrary, the two films will still be released in February and August of next year, respectively, even as Disney merges its marketing department with Fox’s. Despite shareholder approval, the merger must still be approved by U.S. regulatory bodies and international agencies. In the meantime, both companies must continue to plan for a future in which they remain separate entities. In light of that, Fox must continue to make X-Men films or endanger their control of the property. And as we understand it, both films were delayed to accommodate reshoots which had nothing to do with the Disney merger.

At the same time, it is fair to wonder if Fox delayed both films – originally scheduled for release this year – to save on development costs for other X-Men projects that Disney or Marvel may eventually cancel.

3. What Other Marvel Films Does Fox Have In Development? 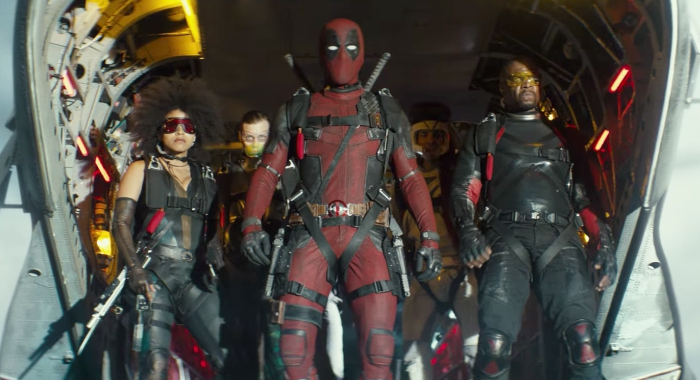 Under the spirit of “business as usual,” Fox planned to expand its output of Marvel-based films to three projects per year. They expected to continue making sequels to X-Men while branching out with lesser known characters.

One project centering on fan favorite mutant Kitty Pryde was announced with Deadpool director Tim Miller returning to the X-fold. Said to be based on Uncanny X-Men #143, the film would focus on Kitty’s struggle against a N’Garai demon while spending a lonely Christmas night in the X-Mansion. Comic-book writer Brian Michael Bendis was said to be adapting the issue.

Though little has been said since word first broke about the project, James Franco was set to star in a film focusing on X-Factor favorite Jamie Madrox, a.k.a. The Multiple Man. Franco’s real-life troubles may have sent this one to the back-burner, but it is presumed to still be in development.

Finally, X-Force, the Deadpool 2 spinoff, is expected to begin shooting later this year under the direction of Bad Times at the El Royale’s Drew Goddard. With cast members like Josh Brolin, Zazie Beetz, and Ryan Reynolds reprising their Deadpool 2 roles, it seems this will still become a reality. But it may be the last Fox-produced X-Men film ever released. 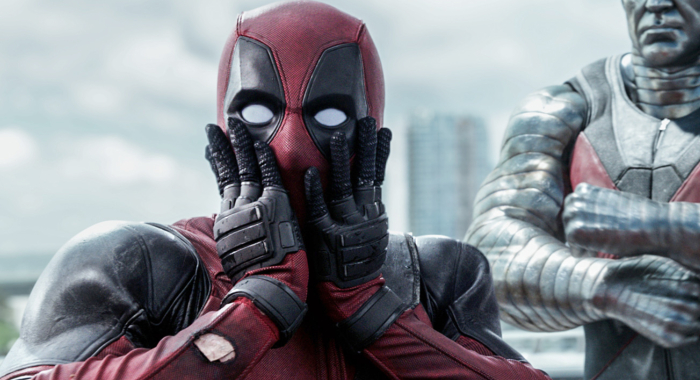 As Ryan Reynolds once joked, they may skip the third film entirely and go straight to Deadpool 4 or 5. The actor, who co-wrote the sequel with Rhett Reese and Paul Wernick, also said the narrative weight of taking everything away from the character in order to build him up again will only lead to diminishing returns. In light of that, he offered the possibility of playing Deadpool as a supporting character in films like X-Force. Reese and Wernick, meanwhile, have said they’d love to team Deadpool up with ­Spider-Man, a pairing so popular, it has its own comic book.

It is possible Reynolds was just cushioning himself should Marvel Studios choose not to continue with his vision of Deadpool – they are a PG-13 production house, after all – but it may also be a savvy ploy to negotiate with the company for a sweet multi-picture contract in which Deadpool shows up, does something wacky, and disappears again. It is certainly possible to tone down some of Wade Wilson’s antics for the MCU, even it means losing some of the appeal in the translation.

5. Will Galactus Be The Phase 4 Big Bad? 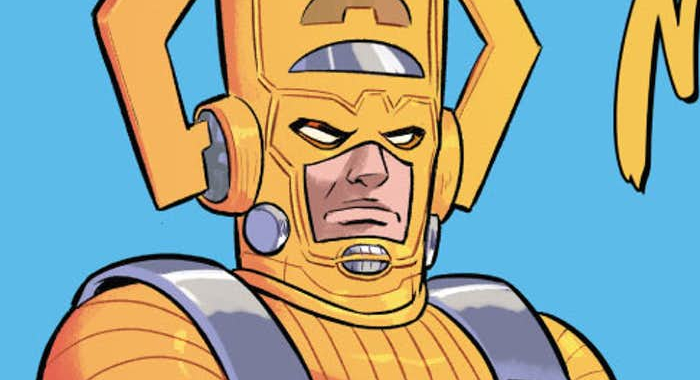 After Thanos presumably gets his comeuppance in the fourth Avengers film, will Marvel Studios sow the seeds of another intergalactic Big Bad? If they attempt such a thing, Fantastic Four antagonist Galactus would be of a size and shape worthy to follow Thanos – even his headgear is more thrilling! But, as with so much of the Fox merger, introducing Galactus into the MCU would have to wait on the deal closing in December or early 2019 and a swift transfer of the IP from Fox to Marvel Studios. Also, we’re assuming Phase 4 will even have a Big Bad.

It took three phases to get to Thanos (even if he was introduced in the first Avengers film), so Phase 4 may just see the regrouping of the heroes who survive Avengers 4 and their decision to become a team. If that is the case, the new big bad would be introduced in a potential fifth Avengers film in, say, 2022. By then, all of the regulatory hurdles and transition will be a distant memory. It would also be ample time for Feige to plan the integration of the X-Men and the Fantastic Four into the MCU. And what better way to introduce Marvel’s first family than by the Avengers searching for them ahead of Galactus’s arrival? (We’re maybe getting carried away here, but we’re damn excited.)

Of course, we are assuming the next couple of MCU phases will use the same momentum as Phases 1-3. But considering Marvel Comics has been using the same narrative conventions in its event crossover comics for the last few decades – to say nothing of the financial rewards the studio established by using the technique – it seems a safe bet that Captain Marvel, Ant-Man, Spider-Man, Doctor Strange, Black Panther, the Guardians, the X-Men, and the Fantastic Four will unite to face some universe-shattering threat 22 films from now, if not sooner.