The movie is on pace to be the second-biggest rom-com of all time. 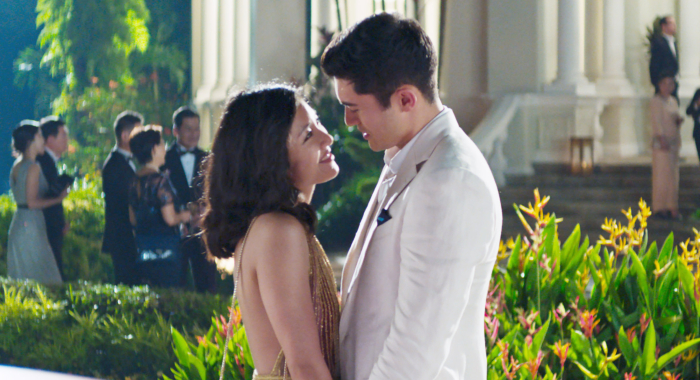 A lot has been made of the way superhero flicks Avengers: Infinity War, Black Panther, and The Incredibles – which just became the ninth film ever to cross $600 million domestically – have given life to the box office in 2018. But when the year is said and done, it might be late summer surprise Crazy Rich Asians that dominates talk of 2018 big box office winners. Jon M. Chu’s rom-com may not be doing Marvel numbers, but it is proving a word-of-mouth winner. With another estimated $28 million over the Labor Day weekend – bringing its total to over $110 million – it is surely starting to make studios rethink their approach to the genre, and the kind of stories they can tell within it. (Check out this weekend’s box office report.)

THE SMALLEST WEEKEND-TO-WEEKEND DROP OF THE YEAR

In the back half of August, Chu’s Crazy Rich Asians has made its presence felt at the box office. It had the second best opening weekend of the month, with $26.5 million, behind just The Meg’s $45.4 million – and that was after making $8.7 million on Wednesday and Thursday. Then, for an encore, it had the best drop of any wide release this year, falling just 6.4% at the box office in its second weekend. (Book Club was the previous champ with a 25.8% drop.) In just 18 days, the movie joined the $100 million club and now has its sights on its next milestone. 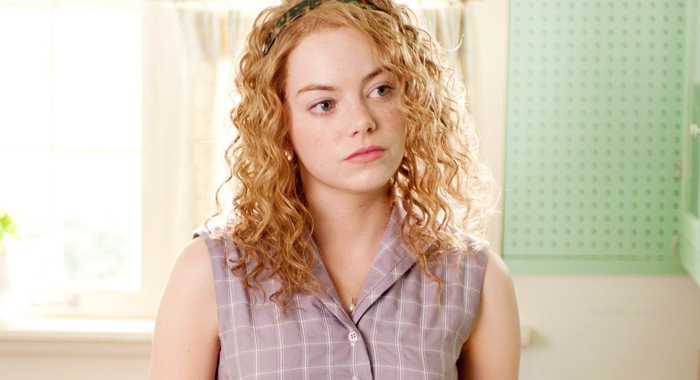 Crazy Rich Asians had the ninth-best opening of any movie to bow on a Wednesday in August – but by its second weekend, its tenth day in theaters, it was outpacing all of the flicks that had opened bigger before it. This list included We’re the Millers, The Help, and Pineapple Express. All eyes are currently on The Help, the 2011 Oscar-winner, as the advisory point on the film’s overall potential. On it’s 17th day of release, The Help had earned $86.6 million; on its 17th day of release, last Friday, Crazy Rich Asians was at $94.6 million. Once the Labor Day estimates solidify, it will be about a full week ahead of the pace of The Help, which finished with $169 million. Tate Taylor’s film had drops of 23.1% and 27.4%, before going up 0.4% over the Labor Day weekend (adding theaters each week). CRA dropped 10.4% over this three-day weekend and was in over 1,000 theaters more than The Help.

RISING TO THE TOP OF ASIAN-LED BIG EARNERS

We can look at both Ang Lee’s Crouching Tiger, Hidden Dragon ($128 million domestic) and the Rush Hour films ($507.4 million combined) as some of the most successful films with Asian headliners to ever rattle the U.S. box office. The Joy Luck Club made an impressive $32.9 million in the fall of 1993, despite never getting above 600 theaters. Disney’s animated Mulan (with Ming-Na Wen voicing the title role) grossed $120.6 million in the summer of 1998. Its live-action remake is slated for March 27, 2020, with Liu Yifei as Mulan, and is expected to do big numbers.

Justin Lin, who would go on to direct four Fast and Furious films, first drew attention with his 2002 Sundance film, Better Luck Tomorrow, which eventually opened in 2003 and made $3.8 million. John Cho, who starred in that film, got top billing as one half of Harold and Kumar Go To White Castle, and the Harold and Kumar trilogy grossed a total of $91.4 million domestic. Cho boasted another solid number this weekend as the lead of Aneesh Chaganty’s Sundance award winner, Searching; the film, which has a Tomatometer score of 91%, earned an estimated $6.2 million across the four-day weekend.

READY FOR BATTLE WITH THE NINJA TURTLES 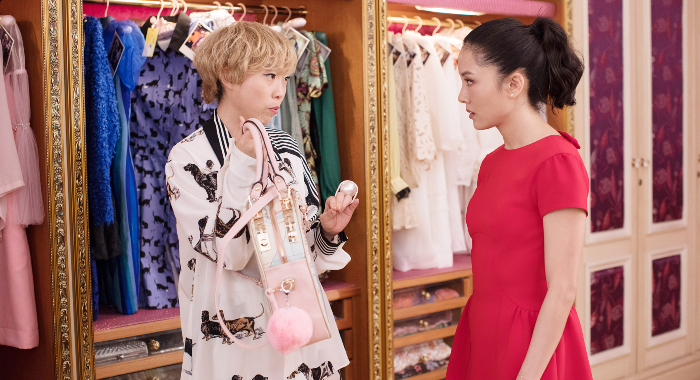 Crazy Rich Asians, which remains at 93% on the Tomatometer, is likely to be knocked off its three-week reign as the No. 1 film in the country by The Nun next weekend. But the records will keep coming. CRA was the 15th highest-grossing film released in August in its first 17 days; by Friday (it’s 24th day in theaters) it should be the 12th. Currently pacing to finish at around $191 million, it will be battling 2014’s Teenage Mutant Ninja Turtles to become the seventh highest grossing film ever released in August. That’s right behind the $226.1 million made by Rush Hour 2.

THE SECOND BIGGEST ROM-COM OF ALL TIME (POTENTIALLY)

In 1990, Pretty Woman led the rom-com pack with over $178 million in ticket sales. Though several $100 million hits followed – such as Sleepless in Seattle, My Best Friend’s Wedding, and As Good As It Gets – it wasn’t until the Christmas season of 2000 that Richard Gere and Julia Roberts would give up the crown to Mel Gibson when Nancy Meyers’ What Women Want grossed $182.8 million. Its reign didn’t last nearly as long: a little cultural phenomenon called My Big Fat Greek Wedding grossed $241 million after playing in theaters for an entire year from 2002-03. Crazy Rich Asians may not make it to those heights, but its current pace does have it on the path to become the second highest-grossing romantic comedy of all time.

Erik Childress can be heard each week evaluating box office on WGN Radio with Nick Digilio as well as onBusiness First AM with Angela Miles and his Movie Madness Podcast.