Plus, Sons of Anarchy Spinoff in the Works, and Glenn Danzig to Guest-Star on Portlandia

This week in TV news, the Fear the Walking Dead premiere breaks records; The View shakes up its cast of co-hosts; showrunner Kurt Sutter is working on a Sons of Anarchy spinoff; a rock star guest stars on Portlandia; Shondaland Productions sells its first drama of the season; and a new streaming web series brings another DC hero to the the CW’s Arrow-verse. Also, read about this weeks TV renewals and pickups. 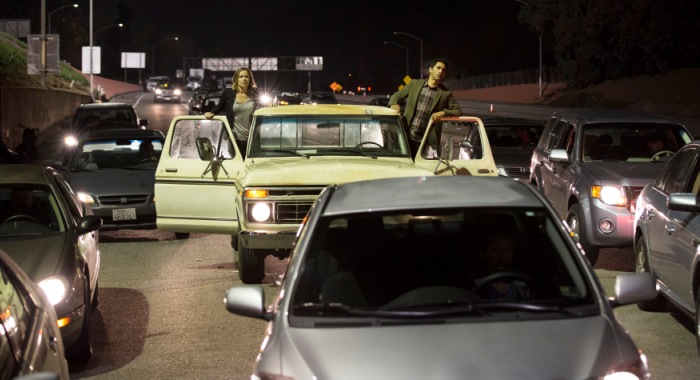 Fear the Walking Dead, AMC’s prequel series to The Walking Dead, broke cable records with an estimated 10.1 million viewers watching its premiere on Sunday, Aug. 23, according to Nielsen reports. Of the viewers, 6.3 million were adults between 18 and 49. The record holder, until now, was TNT’s Raising the Bar in 2008, which had 7.7 million viewers during its premiere.

Fear‘s ratings beat out all 22 episodes of its predecessor’s first two seasons in the 18-to-49 age range.

Critics are also enjoying the show — Season one is currently Fresh at 78 percent and the pilot episode itself is Fresh at 100 percent.

A second season has already been ordered and will premiere in the next year. 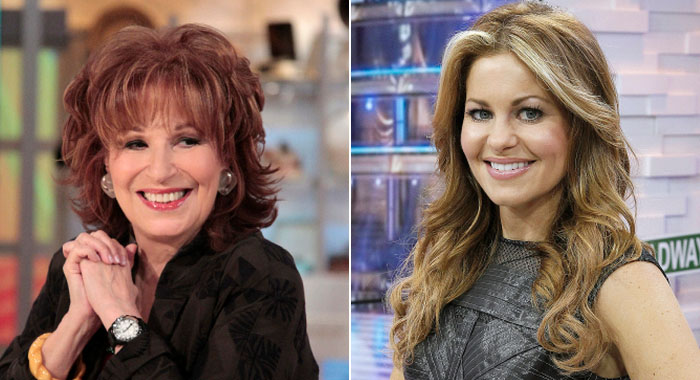 Joy Behar returns to The View after having left the show in 2013, ABC announced on Tuesday, Aug. 25. Of her departure then, Behar said she’d “had enough” and that a certain person she was unable to mention was trying to “change the show for some reason.”

Other additions for this fall’s 19th season include Candace Cameron-Bure of Full House fame (also known as Kirk Cameron‘s younger sister) and journalist Paula Faris. The three bring the co-host count to six, along with Raven-Symoné, Michelle Collins, and Whoopi Goldberg.

POTENTIAL SONS OF ANARCHY SPINOFF IN THE WORKS 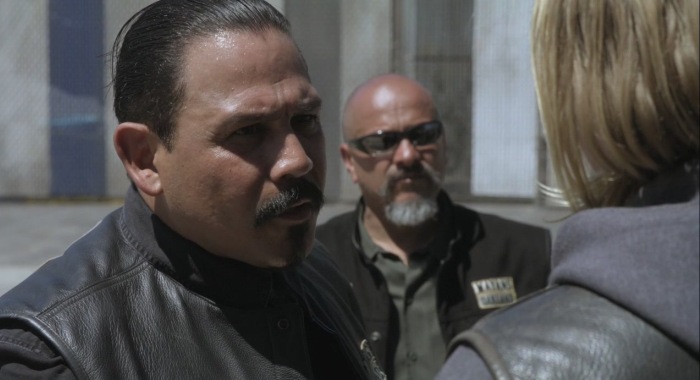 Sons of Anarchy creator Kurt Sutter is working on a potential spinoff of the popular FX show. No real specifics have been provided, but we do know this sampling of the franchise will center on the Mayans Motorcycle Club, rival biker gang to the Sons, headed by Marcus Alvarez (Emilio Rivera).

The new show will be a co-production between Fox 21 Television Studios and FX Productions, along with his upcoming new series The Bastard Executioner (in which Sutter also will be playing a role of a prosthetics-wearing “Dark Mute”) which premieres Tuesday, Sept. 15 on FX.

LOST/FRINGE WRITER TO HELM NEXT SHONDALAND DRAMA ON ABC 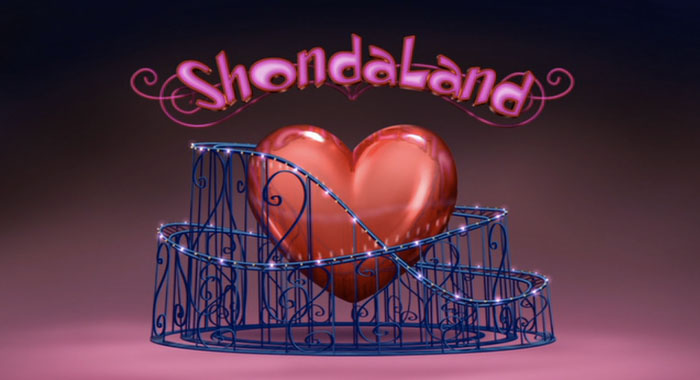 Shondaland Productions has sold its first drama series of the new season. Alison Schapker, a writer on Lost, Fringe, and Alias, has written an untitled hour-long drama for the production company’s Shonda Rhimes and Betsy Beers, that takes place in a convent. The new show, from the company that created Grey’s Anatomy, Scandal, and How to Get Away with Murder, was picked up by ABC (home to the aforementioned shows).

The show will center on Catholic nuns trying to save their convent from closing down in the Bronx when mysteries arrive along with three new, young nuns. 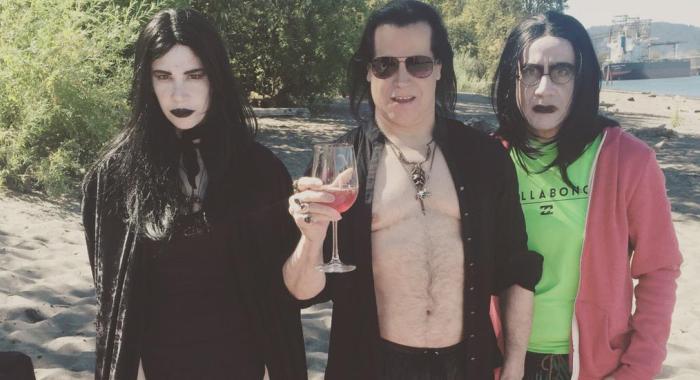 Rocker Glenn Danzig will join the cast of Portlandia as a guest on one episode next season. The show’s Carrie Brownstein and Fred Armisen are longtime fans of Danzig (solo artist, head of Verotik Comics, and former singer of the Misfits and Samhain). This was made evident in a video clip they shot for Paper Magazine years ago in which the comedy duo loitered in a car outside the singer’s home.

We don’t have details on the sketch that will be presented, but from the looks of the photo Brownstein tweeted, we may be in for some hellacious humor. 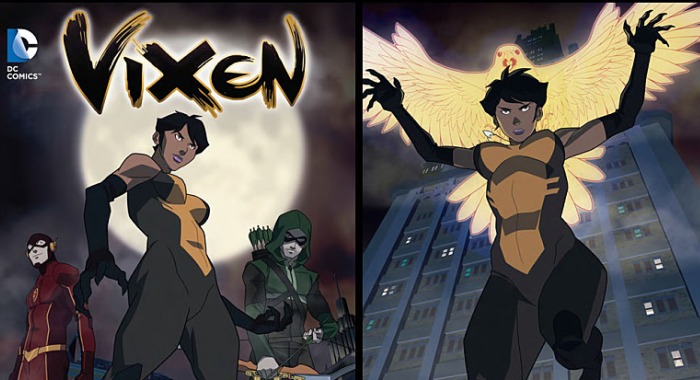 Vixen stars Megalyn Echikunwoke (A Good Day to Die Hard, 90210) as the DC Character Vixen/Mari McCabe, a superhero with the ability to mimic the behaviors and traits of any Earth animal that ever existed.

Vixen will air six episodes weekly, and you can watch them on CW Seed. 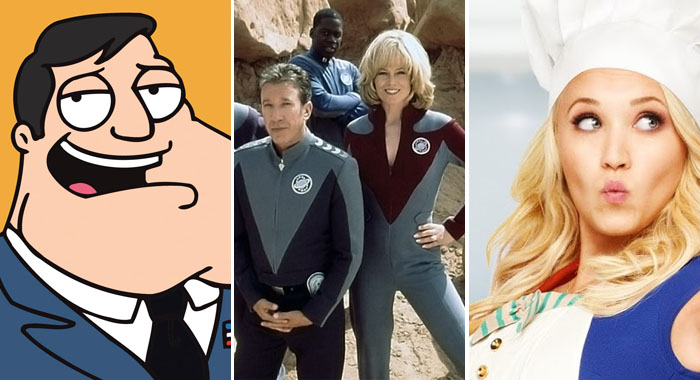 TV renewals this week include American Dad! on TBS for seasons 12 and 13; Difficult People on Hulu for season two; Young & Hungry on ABC Family for season three.

A Galaxy Quest TV series, based on the popular 1999 sci-fi comedy, has been picked up by Amazon, the same company that brought you Transparent and Alpha House. The new show’s pilot will be co-written by original Quest writer Robert Gordon.

Spartan Race, an extreme obstacles race, is being turned into a new reality competition show by NBC. Spartan Race will be working with the network on producing the series, and has explained, “Teams of five — comprised of two men, two women, and an elite Spartan athlete — will battle over mud, water, and fire for a chance to win a large cash prize.” Spartan Race is currently seeking contestant applicants at www.spartancasting.com.