Fantastic Beasts: The Crimes of Grindelwald Could Use a Bit More Magic

Plus, Instant Family is heartfelt, A Private War is a worthy tribute, and Widows is Certified Fresh.

This weekend at the movies, we’ve got a Potterverse sequel (Fantastic Beasts: The Crimes of Grindelwald, starring Eddie Redmayne and Jude Law), a foster family (Instant Family, starring Mark Wahlberg and Rose Byrne), grieving thieves (Widows, starring Viola Davis and Elizabeth Debicki), and a relentless reporter (A Private War, starring Rosamund Pike and Jamie Dornan). What are the critics saying? 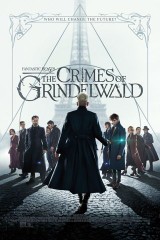 Banking on fans of the Harry Potter world to turn up at the theater, 2016’s Fantastic Beasts and Where to Find Them predictably made boatloads of cash at the box office and kicked off the prequel franchise with a bang. The twist at the end of the film helped build anticipation for its inevitable sequel, and this week, Fantastic Beasts: The Crimes of Grindelwald promises to expand on the universe. Having established the pre-Potter world and its magical (and not-so-magical) primary players, The Crimes of Grindelwald finds Newt Scamander (Eddie Redmayne) dispatched by a young Dumbledore (Jude Law) to Paris, where evil wizard Grindelwald (Johnny Depp) is attempting to amass an army to rule over humanity. Critics say The Cimes of Grindelwald is decidedly a step down for the franchise, with only a fraction of the familiar magic and a bit too much table-setting for future installments. It does, however, further the Potterverse lore, and if you’re content to spend some time in the wizarding world following along with Newt’s adventures, there are some surprises in store for you. 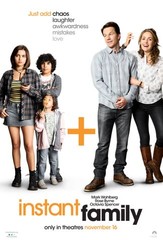 Take a couple of popular, likable actors, pair them up with a cast of kooky supporting characters, and add a few cute kids, and you’ve essentially got a formula for a crowd-pleasing family comedy. Productions like that frequently miss their marks entirely, due to a number of reasons, but thankfully, this week’s Instant Family appears to have avoided most of those pitfalls. Mark Wahlberg and Rose Byrne star as a childless married couple who decide to take in a trio of siblings as foster parents and find that sudden parenthood is a lot more than they bargained for. Critics say that while the film suffers from some odd tonal shifts between broad comedy and serious drama, it’s still an earnest, heartwarming comedy that benefits from strong performances all around. 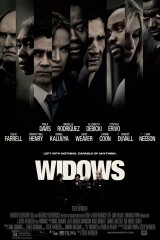 Steve McQueen has made a name for himself on serious dramas like Hunger, Shame, and 12 Years a Slave, but it looks like the acclaimed director is looking to branch out and explore other genres. The result is this week’s Widows, a crime drama starring Viola Davis as the grieving wife of a murdered criminal who teams up with the widows of her husband’s gang to pull off a heist and pay back the local crime boss (Brian Tyree Henry) their husbands ripped off. Based on a British television series of the same name and co-written by McQueen and Gillian Flynn, the film premiered to glowing reviews at the Toronto International Film Festival earlier this year, and it’s already Certified Fresh. Critics say it’s a pitch-perfect combination of McQueen’s dramatic chops and broader popcorn entertainment, and its ensemble cast — which includes Elizabeth Debicki, Michelle Rodriguez, Colin Farrell, Robert Duvall, Daniel Kaluuya, Liam Neeson, and Cynthia Erivo — delivers spectacularly, right down to its smaller roles. 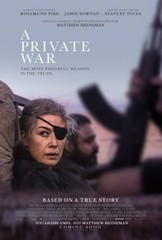 It takes a special kind of person to risk life and limb to report the news, and it’s easy to forget the dangers some journalists willingly face in the name of a more informed populace. Marie Colvin was one of those people, a war correspondent for British paper the Sunday Times who reported on the Middle East and other conflict-ridden regions before she was killed in 2012 covering the Syrian civil war. In A Private War, Rosamund Pike plays Colvin during the last dozen years of her life, as she battles PTSD and alcoholism, loses an eye in Sri Lanka, and attempts to balance her chaotic work life with her personal one. Critics say A Private War is a worthy tribute to Colvin and a harrowing portrayal of the sacrifices that wartime journalists regularly make, with Rosamund Pike delivering the performance of a lifetime.

Escape at Dannemora‘s slow pace demands patience, but those willing to wait will be rewarded with a chilling mystery that provides the perfect showcase for its talented cast — especially so for the incredible Patricia Arquette.