Everything We Know About Westworld Season 3

Is the robot uprising finally here? Where's Dolores? Who's new in season 3? Get answers to some of the new season's biggest questions ahead of the premiere.

When it comes to puzzling mysteries and existential questions about identity and consciousness, few shows do it as well as Westworld. In the span of two seasons, the show has expanded well beyond being just a remake of a 1973 movie directed by Jurassic Park author, Michael Crichton, to become a TV phenomenon that makes its audience question everything they’re seeing. Using its Wild West–themed amusement park setting to explore a mystery of robots that start to malfunction, Jonathan Nolan and Lisa Joy also explore a variety of intriguing themes about the nature of will and consciousness, to the effect of technology and deteriorating privacy on society.

After season 1 introduced its mystery and delivered one shocking twist after another, season 2 premiered all the way back in 2018 was even more puzzling, with more characters, more storylines and a new park. After the shocking season 2 finale, Westworld finally fulfilled its promise of having robots (well, hosts) out in the real world. With season 3 just around the corner, let’s take a look at everything we know about the upcoming season of Westworld.

WHERE WE LEFT OFF

Season 2 of Westworld doubled down on the mystery and craziness of season 1, turning a show about robotic cowboys into a mashup of Person of Interest and Blade Runner, as timelines diverged before converging in the finale. For one, we found out that Delos (the company in charge of the park) had actually been stealing information on every guest who entered the park, scanning their brains with the cowboy hats in an effort to turn humans into hosts.

Meanwhile, a whole lot of hosts died, including Akecheta (Zahn McClarnon), Maeve’s daughter (Jasmyn Rae), and poor Teddy (James Marsden), who crossed over into the “Valley Beyond.” Maeve (Thandie Newton) and Bernard (Jeffrey Wright) were killed, as was Charlotte Hale (Tessa Thompson), though the latter was rebuilt as a host inhabited by the consciousness of Dolores (Evan Rachel Wood), who escaped from the park, rebuilt Bernard and wants to take over the world. Meanwhile, the Man in Black (Ed Harris) seemingly died, but a post-credits scene presented what seemed to be a host version of him in a distant future.

So far, we’ve seen four trailers for season 3, which don’t really tell us much in terms of plot, but give us some ideas as to what will happen, and most importantly, where it will happen. First off was a short teaser at the end of season 2 that introduced us to a new character (more on him later) and a wealth of new technology like self-driving motorcycles, robot construction workers, dresses that change color and reform at the wearer’s will, new and fancy cars without doors, a kind of very slim helicopter, and more.

Then we got a full trailer at Comic-Con last year, where we were introduced to Dolores’ plan for the season – to expose the dark side of humanity and bring our civilization down, even if we outnumber the hosts. There’s a plot to destroy Dolores, led by Bernard, human animosity toward hosts, and hints of a lot more action than we had seen before. HBO announced the release date for season 3 with a teaser that filled fans in on some of the history of the show’s universe, outlining “divergences” that began with the impeachment of Donald Trump, and continued with future assassinations, civil wars, thermonuclear disasters, and the establishing of a “system” in 2039 that lasted until 2058 (presumably when Dolores emerged into the human world) with a voice over explaining that “we are in the middle of a war.” During the show’s Comic-Con panel, Nolan talked about how determinism and algorithms play a big part in season 3, saying the show would explore “the Netflix effect, there is a giant algorithm in the sky that decides what you are going to watch.”

Like every season, HBO has released supplemental material that offers clues into what will happen this season, and this time they’re focusing on the new company that will rival Delos, Incite Inc. At CES earlier this year, the network held a special event for press with a theme about the all-knowing algorithm and the fictional corporation’s statement being, “Let’s get real. We all know your data is out there. But it’s your data. It’s your life. And the person who benefits from that should be: you.” What does it mean? We’ll find out soon enough.

The latest trailer focused on Dolores and a new human character that she seems to be recruiting in her fight against, well, everyone. Even if we don’t have news of when the show will end, there’s a lot of talk about “the end of the game” in the trailers, which tease the beginning of the real war between humans and machines. 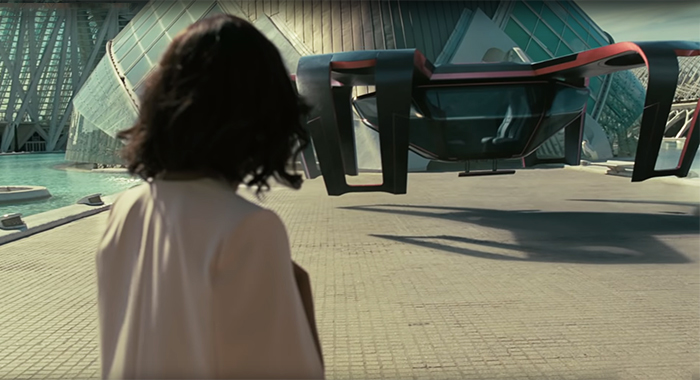 Now that we’re out of the park, Westworld has an open world of possibilities to tell its story, and it seems like the writers are taking advantage of that. Nolan and Joy have talked about exploring our world through the eyes of the hosts, and because we’re well into the later half of the 21st century, the world looks very futuristic and sci-fi inspired.

We know that the filming for season 3 has taken place in Singapore and in Los Angeles, where part of the show will also take place. The trailers have hinted at a world full of giant buildings and cool-looking vehicles and locations. Speaking during a panel at Comic-Con, Nolan explained he wanted Westworld’s version of the future to be different from Blade Runner, saying “The thing about dystopias is they can look really beautiful.”

Even if we’re out of the park, that doesn’t mean we won’t revisit it. In addition to the outside world, the trailers for the new season have teased a new area of the park that joins Westworld, Shogun World, and The Raj, which some fans have discovered is named “Warworld” and seems to be a re-creation of WWII Italy, complete with Nazi robots.

The trailers for season 3 introduce us to Caleb (Aaron Paul), a blue-collar construction worker at a time where robots completely changed the industry. He teams up with Dolores and acts as our point-of-view character in the upcoming conflict. As Nolan told Entertainment Weekly, Caleb will “challenge Dolores’ notions about the nature of humanity” because “he’s the type of person who doesn’t get to go to Westworld.” Though the trailers don’t indicate if Dolores feels anything for Caleb or is only manipulating him, one teaser for the season plays this relationship out as romantic comedy.

Other new faces entering the world of Westworld this season are Vincent Cassell who seems to be an antagonist who tasks Maeve with killing Dolores. Likewise, Lena Waithe, Kid Cudi, and former NFL player Marshawn Lynch seem to be working with Caleb. John Gallagher Jr., Michael Ealy, and Tommy Flanagan are also joining the show in undisclosed roles. 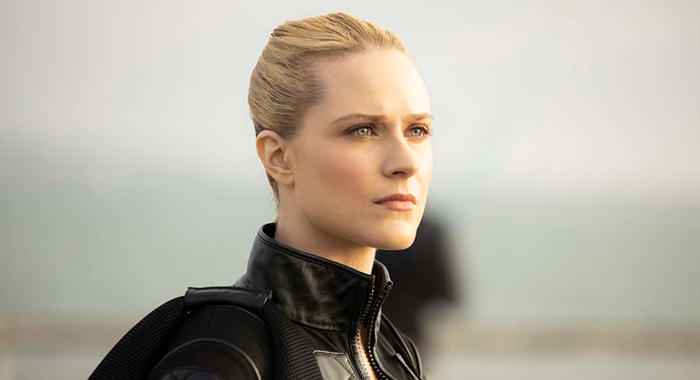 If you think the trailers for season 3 feel tonally different than previous seasons, you’re not alone. Now that the hosts are out of the park and in the real world, we’re seeing a change not only in story, but in tone, finally venturing out of the park and into the show’s dark vision of the future we had glimpsed at last season. In interviews, Nolan and Joy have described season 3 as “a radical shift,” and “like repiloting.”

Evan Rachel Wood agrees with that description, and earlier this year said “it’s like a different show.”

IT WON’T BE AS CONFUSING

Whether you think it makes the show more fun, or you’re simply annoyed by the confusion, there’s no denying that Westworld isn’t the most streamlined show around, with multiple timelines, and different actors playing the same character. That being said, things will change this time around. In an interview with Entertainment Weekly, Nolan said that “This season is a little less of a guessing game and more of an experience with the hosts finally getting to meet their makers,” and confirmed that there will be no time jump in this season (at least not at first), with season 3 picking up directly after the events of the season 2 finale.

After season 3, the future is wide open for Westworld. Though there has been no confirmation of future content, Nolan and Joy have plans in place for a potential fourth and fifth season, including plans for how the series will end. Joy has previously said “We have an ending in mind; we’ve had it from the pilot. It’s very emotional, I think,” saying that the overarching story for the show is “what will become of this new lifeform? So I feel it would be irresponsible to not have an end goal in mind.”

WHEN WILL IT PREMIERE?

Westworld’s season 3 premiere will air on HBO on Sunday, March 15 at 9/8c.