Catch up with the latest news about season 2 of Netflix fantasy hit series starring Henry Cavill as monster hunter Geralt of Rivia.

With its gruff hero, powerful sorceress, mysterious young heroine, and a bard with a catchy tune, Netflix’s production of The Witcher caught the attention of fans new and old as it adapted the tales of author Andrzej Sapkowski into something distinct from its source and the successful video game series while also amplifying the best elements of entire Witcher concept. But season 1 was, literally, just the beginning. Utilizing short stories detailing Geralt of Rivia’s (Henry Cavill) exploits before he was drawn into the Continent’s great political struggle, the second season will begin to draw material direct from the long-form Witcher novels and offer more meaning to the title character’s meandering.

And now that we know when the second season will debut — December 17 cannot get here soon enough — we thought we would take a look at everything we know about the series and, perhaps, conjure up some ideas about its future.

Which Actors Will Return for The Witcher Season 2? 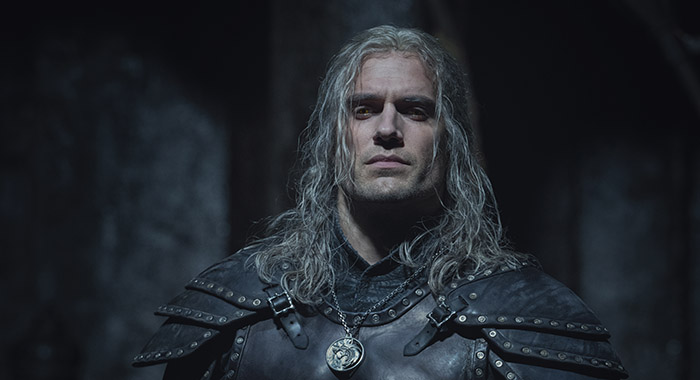 Clearly, there’s no Witcher without the Witcher, but Cavill will indeed return as the taciturn Geralt. And as seen in the first Witcher novel, he will be escorting Ciri (Freya Allan) to Kaer Morhen, where he was trained in the art of monster hunting. Allan will also return while Anya Chalotra continues on as Yennefer — though presumed dead by most, she is very much alive and, based on recent trailers, is very much on the move again. Additionally, Joey Batey will return as Jaskier, who is of some seeming importance (if the October 28 trailer is anything to go by), but it remains to be seen if the bard can whip up another song as catchy as “Toss a Coin to Your Witcher.” We’re happy to see him try, though.

Other returning faces include MyAnna Buring as Tissaia, Anna Shaffer as Triss Merigold, Therica Wilson Read as Sabrina, and Mahesh Jadu as Vilgefortz – all of whom were in a bad way at the end of the first season, but seemingly regroup following Sodden Hill.

Who Are the New Cast Members for Season 2 of The Witcher? 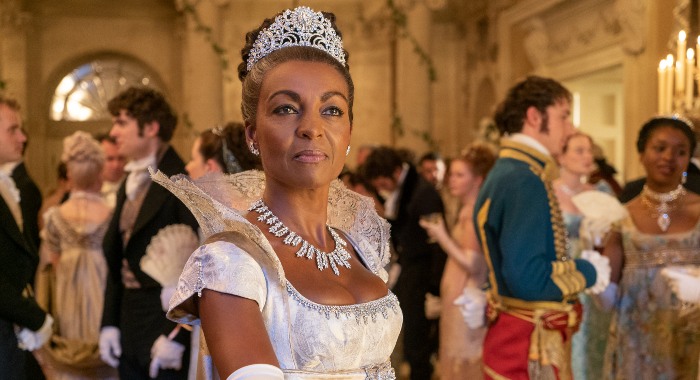 New cast members revealed by THR in March 2021 include Adjoa Andoh (Bridgerton’s Lady Danbury) as Nenneke, chief priestess at the Temple of Melitele; Cassie Clare (Brave New World) as Philippa Eilhart, leader of the Lodge of Sorceresses; Graham McTavish (Outlander) as Dijkstra, head of Redania’s special forces; and Chris Fulton (Bridgerton) as Rience, a mage instructed to find Ciri. Liz Carr (Silent Witness) and Simon Callow (Four Weddings and a Funeral) will also appear as Fenn and Codringher, a pair of lawyers who run a firm/detective agency in Dorian. Also, Kevin Doyle (Downton Abbey) will play Ba’lian, a reportedly new character — although it is always possible the name is an alias.

Previously announced cast include Game of Thrones’ favorite Wildling Kristofer Hivju, who joins up as Nivellen, a cursed man of Redania whose beastly nature may not necessarily make him a monster (as seen in a clip unveiled during Netflix’s September Tudum event); Agnes Bjorn as Vereena, a person of some importance to Nivellen; Yasen Atour and Paul Bullion as Coen and Lambert, respectively, a pair of Witchers who train Ciri in the novels; Basil Eidenbenz as Eskel, a compatriot of Geralt’s time at Kaer Morhen who also participates in Ciri’s training; Aisha Fabienne Ross as Vilgefortz’s aide Lydia; Mecia Simson as Francesca, a member of the Chapter with an interesting lineage; Kim Bodnia as elder Witcher Vesemir; and Carmel Laniado as Violet, a young girl whose whimsical tendencies mask a sadistic side.

What Is the Plot for Season 2 of The Witcher? 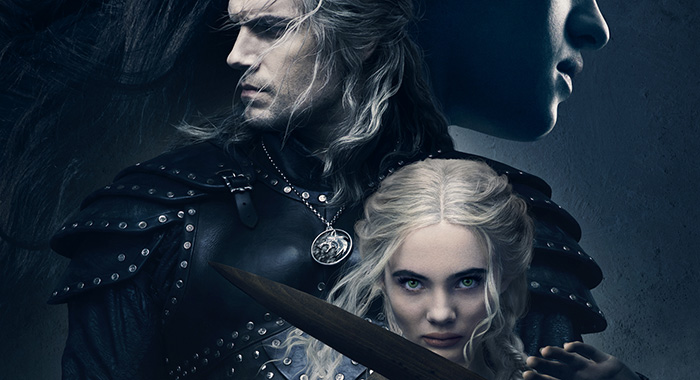 Click to open new key art in full in a new tab.

Netflix’s season 2 synopsis: “Convinced Yennefer’s life was lost at the Battle of Sodden, Geralt of Rivia brings Princess Cirilla to the safest place he knows, his childhood home of Kaer Morhen. While the Continent’s kings, elves, humans and demons strive for supremacy outside its walls, he must protect the girl from something far more dangerous: the mysterious power she possesses inside.”

During July’s WitcherCon online presentation, executive producer Lauren Schmidt Hissrich said the story will focus on Geralt becoming a father figure to Ciri both as they journey to Kaer Morhen and once her training begins. At a subsequent TCA press event in August, Allan explained the bonding between the characters will not be easy. “Ciri is lacking trust in people, generally, and he’s trying to understand this girl he’s looking after,” she said.

But a bond will form even as Ciri starts to see other options besides running. “My favorite thing in this season is that Freya plants her feet and fights back,” Hissrich said.

From WitcherCon, it is easy to think the series will continue on from the first season’s conclusion, but considering the program’s copious flashbacks, the second may begin well after the battle at Sodden Hill and Ciri’s meeting with Geralt. The first long-form Witcher novel, Blood of Elves, opens with Ciri already at Kaer Morhen and recalling many of the events she experienced in the first season of the television show. Our suspicion may be unfounded, however. At the TCA event, Hissrich said the show will play a little less with time in the upcoming season, although Ciri’s memories will still allow for some events to be told out of sequence. “We want to tell the best version of [the story],” Hissrich said, acknowledging some viewers want a more linear narrative.

We know the first episode will revolve around Geralt and Ciri’s journey to the Witcher fortress. And from clips unveiled during the September Tudum event, it’s clear the pair will spend at least one night as Nivellen’s keep before they arrive at Kaer Morhen.

On a more macro level, the North and South remain on war posturing, as confirmed in the October trailer, despite the events of Sodden Hill. Granted, some of the scenes glimpses in that trailer suggest Yennefer herself might be the reason for all that sabre-rattling. Considering a second war with Nilfgaard breaks out in the narrative of the novels, we expect the television show may just turn the two conflicts into one – a war they can actually dramatize (budget permitting) as Ciri continues her training. 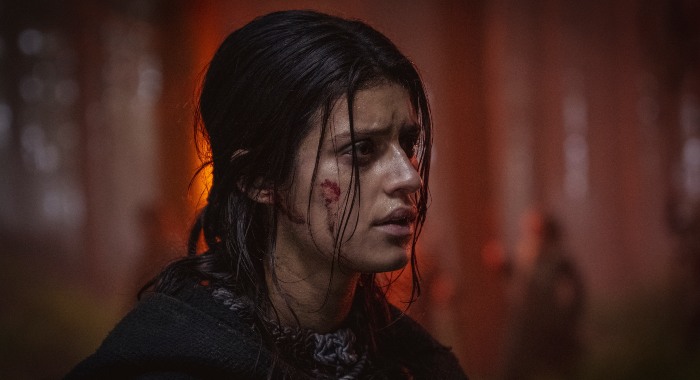 (Photo by The Witcher season 2 - Netflix)

Looking at both the WitcherCon and October trailers combined, it’s clear Yennefer will no doubt inform the tensions outside Kaer Morhen. For one thing: the Brotherhood is still up for grabs, even if there is considerable support of Nilfgaard at this point. But Yennefer may not rejoin that conflict at first. “She’s captured [and] she has to survive being a prison of war,” Chalotra teased during the TCA event.

Hissrich also added Yennefer’s journey is one of self-exploration. It was a note Chalotra agreed with. “The choices she makes in season 2 will resonate with people a lot more,” she said. “She makes some unlikely alliances and it changes her way of thinking. It really changes her.”

It remains to be seen, though, how much material The Witcher plans to cover in its second season. Considering the first year covered many of the short stories and Ciri’s recollections of life on the run following the Nilfgaard attack, we can safely assume Season 2 will follow the shape of Blood of Elves — the new additions to the cast almost guarantee it.

Read Also: The Witcher Showrunner Tells Us How To Build a Monster Series

Then again, events from the stories and novels have already been remixed and there is no guarantee we’ll see all of Ciri’s time at Kaer Morhen or the Temple School before season 2 concludes.

But no matter what map the series follows in its second year, one theme has been virtually guaranteed by Hissrich — the waning of monsters. As in the novels, fantastical creatures are becoming rarer as the Continent (a loosely European realm) marches closer to modernity. The disappearance of monsters also means Witchers are becoming fewer in number. And while referenced in passing during the first season, this change in the world will be addressed in the upcoming episodes. In fact, in the October trailer, Nivellen mentions monsters are on the move when they’re not supposed to be, a portent of a significant change in the world. Even if Geralt doubts the sign. we imagine he will take it more seriously by season’s end.

Who Will Direct Season 2 of The Witcher? 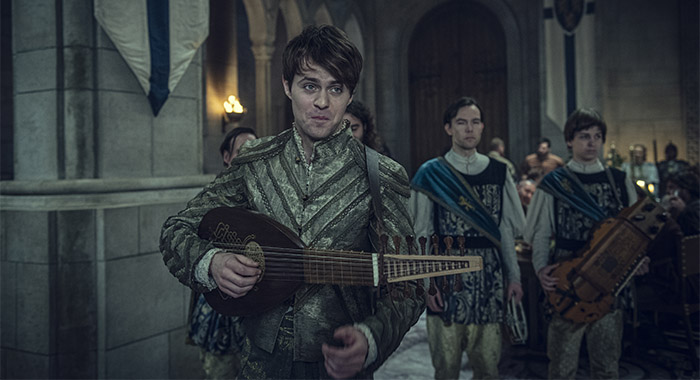 During WitcherCon, Netflix provided most of the episode names. Only the final title was held back, but the others suggest the timelines may be more or less aligned throughout the season.

Episode 5: “Turn Your Back”

Some of the titles, like “A Grain of Truth”  “Kaer Morhen” and “Redanian Intelligence” are quite evocative for Witcher fans, while “What Is Lost” and “Turn Your Back” offer fewer clues in terms of plot. Splitting the difference, “Dear Friend” appears to be a pointed reference to Yennefer’s sarcastic use of the term following Geralt’s own use of it while writing a letter asking for her help training Ciri. “Voleth Meir” apparently refers to a new character who will reportedly play a big role in Ciri’s ongoing story. And the name of the finale? Feel free to guess.

When Does Season 2 of The Witcher Premiere on Netflix? 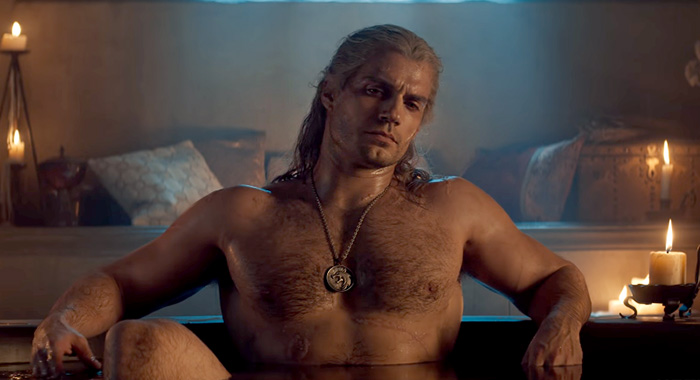 The long wait is nearly over. The Witcher returns December 17 on Netflix. It will feature more monsters, more intrigue, and more songs. But, according to Cavill, it will not have another bath scene like the one pictured above. He teased the season will have “more manflesh on display,” though.

During its TUDUM even on September 25, 2021, Netflix announced the program will continue for a third season. Lost’s Javier Grillo-Marxuach took to Twitter the same day to reveal he will join the program as a producer and writer for the third year. Hopefully, that season will arrive a little bit quicker than season 2.

THERE’S A THIRD SEASON OF THE WITCHER – AND THANK GOD SINCE I AM ONE OF THE NEW ADDITIONS TO THE WRITING STAFF! https://t.co/XjsfPQuEkc