Everything We Know About HBO's Watchmen TV Series

One of the more surprising series joining the comic book TV show universe is HBO’s Watchmen, an ambitious project that seems like the concept’s best destiny. The 2009 feature film version, which was directed by Zack Snyder and received only a 64% Tomatometer score, was the end result of a protracted development process that saw filmmakers like Terry Gilliam suggest the material was better suited to a high-end television miniseries. But what fans of the comic book will get when it debuts Oct. 20 is something much stranger and more daring than a simple adaptation. Take a look at what we what know about the program so far. 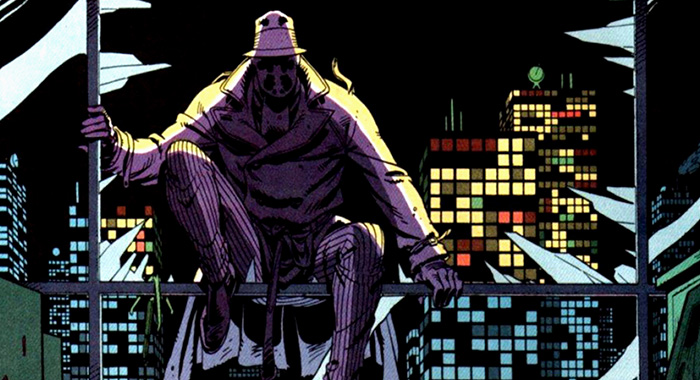 Alan Moore and Dave Gibbons’ landmark 12-issue series debuted in 1985 to immediate acclaim. Based on the Charlton Comics characters DC Comics acquired in 1983, Moore and Gibbons envisioned a world in which costumed heroes surfaced in the 1930s and changed the course of history. True historical events like the Vietnam War and the Nixon presidency were drastically altered by costume vigilantes and the one genuine super-powered being in their midst.

The story itself is set after the various mystery men have all retired, died, or found themselves on the wrong side of the law. Some, like Adrian Veidt parlayed their notoriety into corporate success. Others, like the masked Rorschach, still try to hold back the tide of anarchy in a world completely and utterly tired of their shenanigans. Meanwhile, the one genuine superhero, Dr. Manhattan, finds himself less and less concerned with humanity’s petty squabbles as his consciousness continues to expand into cosmic realms.

And as the tale begins, one of their number – the Comedian – is found dead. Rorschach sets out to learn the truth behind the murder and uncovers a vast and seemingly sinister plot.

The events detailed in the book are, according to executive producer Damon Lindelof, 100 percent canon and the official past of the television series.

“We’re not going to mess with it,” he told reporters at the Television Critics Association summer press tour. “One of the rules that we had as storytellers, writers, and even once we got into the production of the show was that everything that happened in those 12 issues could not be messed with. We were married to it and so there’s no rebooting happening.” 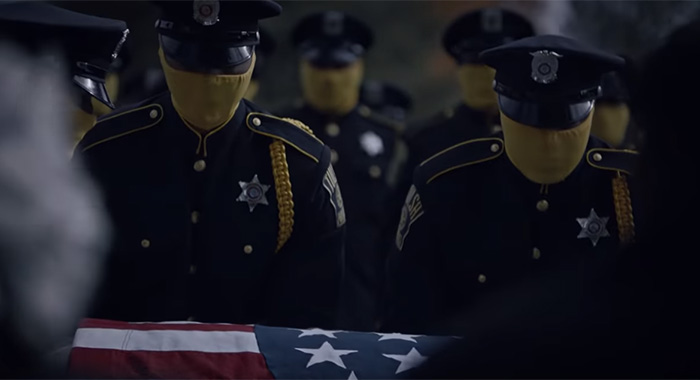 The canonicity of the original Watchmen comic book series matters because the television series takes place decades after those events. As Lindelof revealed in a letter to fans last year, the series will be something of a sequel (though he avoided using that word) set in contemporary times. Rorschach uncovered the truth behind the Comedian’s death, Adrian Veidt executed his plan, and Dr. Manhattan disappeared 34 years ago.

But as Lindelof told reporters in August, “It is definitely not supposed to be a world that you recognize. We’re using alternate history, science fiction, [and] popular fiction to Trojan Horse themes that are prevalent in the real world in a fictional one.”

The essence of Watchmen, both the comic book and the television series, at least in his view, is to use the superhero tropes to examine “institutions and culture and politics and the things that inform our society, and that’s the rich mix that makes the show the show.”

So what is it actually about? To start with, it’s about white supremacy. A group known as the Seventh Calvary adopts the Rorschach mask and begins targeting police officers in Tulsa, Oklahoma. To protect themselves, the police are forced to take on masks of their own. To the producer, the issues of race and policing felt like “the equivalent of the nuclear standoff between the Russians and the United States” in 2019. 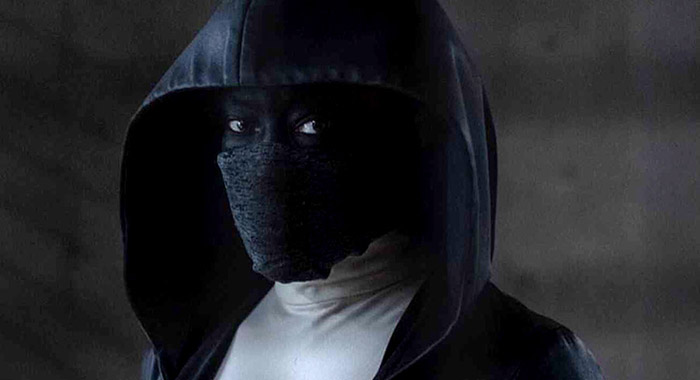 Of course, with protagonist Angela Abar (Regina King) – a wife, mother of three, and lead detective in Tulsa Police Force – taking part in masked law enforcement, the issue of institutionalized white supremacy may not seem as clear-cut as it otherwise might be, but Lindelof said “those contradictions … were things that we were very aware of in the storytelling, and tried to square to the best of our ability, but there are no easy answers.”

As in the Watchmen comic, complex social issues cannot be solved with a faked alien invasion.

“There’s no defeating white supremacy,” Lindelof added. “It’s not going anywhere, but it felt like it was pretty formidable foe.”

The series will also examine what it means to wear a mask. As executive producer and episode director Nicole Kassell put it in a recent featurette, Watchmen “explores the complexity of who you are when you wear a mask, who you are when you’re not wearing a mask.” With characters directly stating opinions like “masks save lives” and “masks make men cruel,” it is tempting to see the costume accessory as a metaphor for the gun control debate. But looking back at the Watchmen comic, we’re tempted to say the mask — and the anonymity it offers — is more a metaphor for the use of force itself regardless of the tools involved.

But as Irons says in the featurette, “Like all good stories, the truth unwraps itself slowly,” so our understanding of the program may be very different by the end of its first season.”

Other details we know include the lack of an internet in Watchmen’s 2019 and the president who shut down the entire concept: Robert Redford. As Lindelof explained, the Nixon of Watchmen remained in office until his death. Vice President Gerald Ford replaced him, but lost to Redford in 1992. The former actor remains in power in 2019. While the notion contains a satirical jab – just as Nixon’s life-long presidency did in the comic book – Lindelof said he plans to use the Redford presidency to explore another powerful idea: a well-intentioned liberal who stayed in power too long.

In November 2018, word broke that Iron would be playing Adrian Veidt, confirming Lindelof’s intent to include at least one familiar character from the comic book. In the teaser, he can be seen mediating on a desk, recalling the Veidt of the comic book. In that story, he was the ultimate perpetrator of the conspiracy the Comedian and Rorschach uncovered. But in defiance of all comic book bad guys, his monstrous plan would ultimately better the world. Well, at least for a time. Rorschach sent his journal detailing Veidt’s crime to an extreme right-wing publication – no doubt the reason he becomes a hero among the Seventh Cavalry – its publication seemingly prevented Veidt’s utopia from surviving the Nixon Administration.

Meanwhile, Clemens will play Pirate Jenny, a clear reference to the Tales of the Black Freighter comic strip inside Watchmen, which is itself a reference back to the song “Pirate Jenny” from The Threepenny Opera. Smart is playing FBI Agent Angela Blake, who in a former life was the hero known as Silk Spectre. Also, as evidenced from the Comic-Con trailer, Dr. Manhattan will be returning to Earth, though it is still unclear who is playing him. 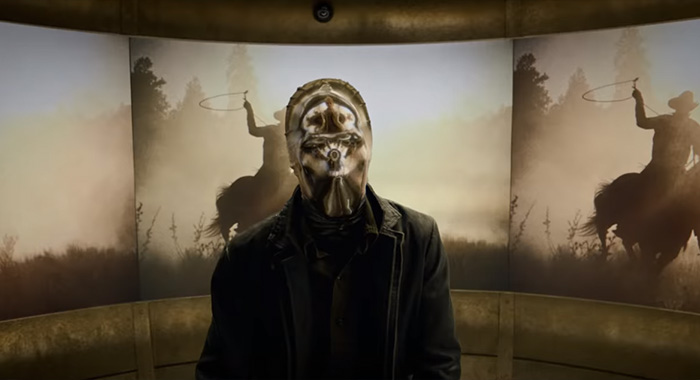 Also, the earlier teaser suggested a new mirror-masked Rorschach will be on the scene. This appears to be Nelson’s character Looking Glass, whose name underscores the anonymity he tries to utilize. In fact, that theme of obscured identity is strong across the television series as the police, militia members, and potential vigilantes alike use masks to hide themselves from opponents and the public at large. Clearly, privacy is on Lindelof’s mind. And in a 2019 where both Apple and Facebook trade on their ability to keep user information safe (but don’t always succeed), it serves as a good underlying panic in the same way the original comic book traded on the fear of nuclear annihilation. 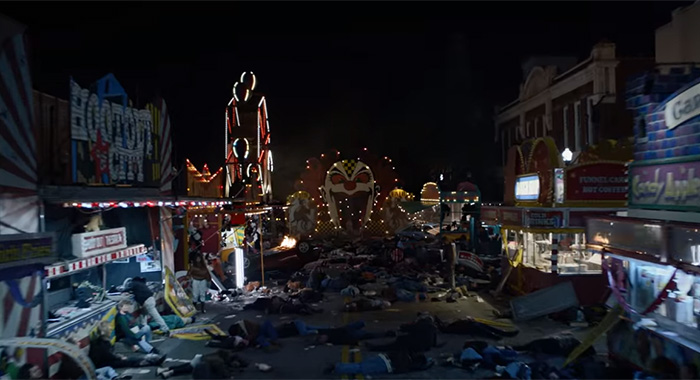 Proving the series will be very different from other superhero shows, the musical score will be provided by Trent Reznor and Atticus Ross of The Social Network and Gone Girl. Unlike the often rousing themes of superhero films or even the pulse-pounding tracks of The Flash or Arrow during its action scenes, Reznor and Ross are known for quieter, deliberate work. Fitting for a show that will no doubt eschew the usual superhero fights for something more graphic, harrowing, and pointed. Of course, they are capable of the bigger sweep as well, but one look at the teaser indicates bombastic music will be used in a more ironic way than, say, Avengers: Endgame.

The Original Writer Is Not Involved 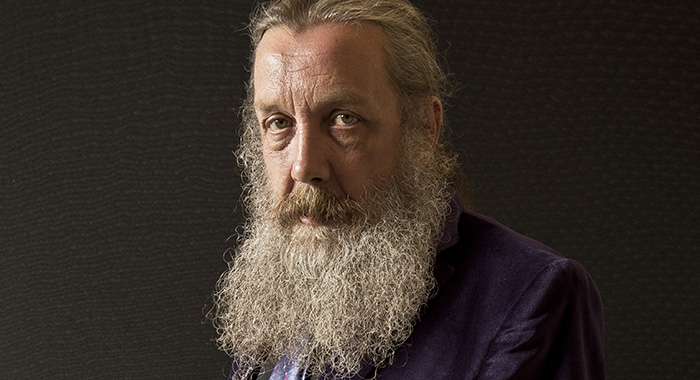 Unlike many comic book adaptations these days, Watchmen will not feature input or even the approval of writer Moore. The notoriously cantankerous author had a bad run with Hollywood thanks to projects like V for Vendetta and League of Extraordinary Gentleman, leading to him refusing credit on subsequent films and even the money owed to him from those adaptations and sending the profit participation off to artists like Watchmen’s Dave Gibbons.

Lindelof told TCA reporters that he tried to reach out to Moore, but was met with the ire the author reserves for all Hollywood types trying to adapt his work. But as the original comic book itself appropriated older ideas from the Charlton Comics, Lindelof felt he was right to follow in Moore’s footsteps and appropriate Watchmen for himself. 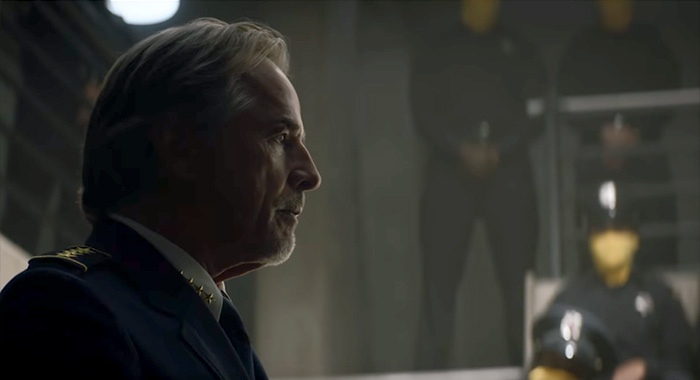 The nine-episode series will debut at 9 p.m. on Sunday, October 20. Considering the sort of passion Watchmen inspires from its fans – look at any discussion thread about Snyder’s film version or DC’s decision to make Watchmen prequel comics in 2010 – it is likely the series will become one of the most talked about comic book–based projects of 2019.