Disney+, Apple TV+, and HBO Max Turn Up the Heat in Streaming

Meanwhile, Netflix calls the launch efforts "noisy." Plus, the latest trailers and casting and development news.

Amid a wildfire of press releases and social media announcements, the streaming wars heat up in the week’s top TV news.

Disney+ threw down the streaming world gauntlet on Monday by tweeting out 500-plus images for titles that will be included in the service’s November 12 launch. Everything from 101 Dalmatians to Zootopia are included on the list. (See it here.)

Not to be outdone, HBO Max unleashed a flurry of press releases about deals done and originals in development, including the addition of Studio Ghibli’s entire film catalog to its launch offerings, a Grease musical series, and Melissa McCarthy film Superintelligence. (Read more.) 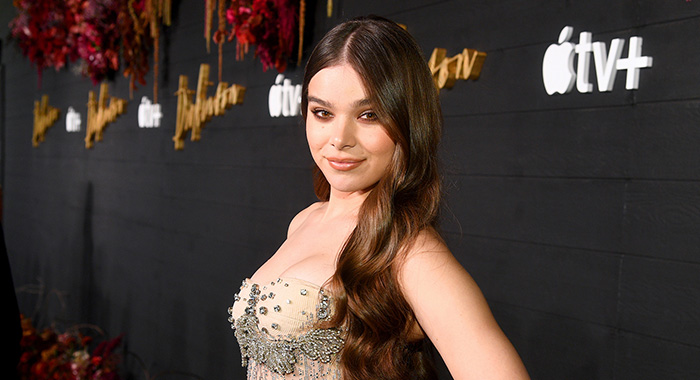 Apple TV+ debuted a new trailer for Dickinson, which stars Hailee Steinfeld (pictured) and is one of the Apple originals that will be featured in the service’s November 1 launch. The company also held its very first premiere on Tuesday for Ron Moore’s For All Mankind. Stars Joel Kinnaman, Shantel VanSanten, Sarah Jones, and more hit the carpet for the event. Steinfeld and Dickinson costar Jane Krakowski were among the stars attending that series’ global premiere on Thursday in Brooklyn, New York. (Read more.)

Also this week, Bloomberg reported that South Park creators Trey Parker and Matt Stone and Viacom Inc. stand to share between $450 million and $500 million for exclusive U.S. streaming rights to the animated comedy. As many as six streaming companies are said to be bidding.

Meanwhile, Netflix reported its third-quarter earnings, which led one firm to downgrade the streaming giant’s stock on the threat of coming competition and limited U.S. growth opportunities. In a letter to shareholders, Netflix said a “very large market of opportunity” still exists.

“Many are focused on the ‘streaming wars,’ but we’ve been competing with streamers (Amazon, YouTube, Hulu) as well as linear TV for over a decade,” the release noted. “The upcoming arrival of services like Disney+, Apple TV+, HBO Max, and Peacock is increased competition, but we are all small compared to linear TV. While the new competitors have some great titles (especially catalog titles), none have the variety, diversity and quality of new original programming that we are producing around the world.

“The launch of these new services will be noisy,” the letter continued, while remaining upbeat. “There may be some modest headwind to our near-term growth, and we have tried to factor that into our guidance. In the long-term, though, we expect we’ll continue to grow nicely given the strength of our service and the large market opportunity.”

Star of upcoming Apple TV+ series The Morning Show Jennifer Aniston shut down Instagram when she joined the social media site on Tuesday by posting a selfie of herself with her Friends costars. In a followup post featuring a video from her new series, she wrote, “I swear I didn’t mean to break it… Thank you guys for the kind, glitchy welcome.” She also broke the record for the fastest time to reach one million followers on the site — in just 5 hours and 16 minutes — Guiness World Records reported in a post congratulating the actress.

Aidan Turner (Poldark) will play Leonardo da Vinci in a new Frank Spotnitz series that will focus on the artist and inventor’s many achievements. (via Variety)

Postapocalyptic saga Station Eleven has cast Mackenzie Davis (Halt and Catch Fire) and Himesh Patel (Yesterday) as its leads. The 10-episode drama about survivors of a pandemic flu is based on the international bestseller by Emily St. John Mandel. (via Deadline)

Tony Award–winner Renée Elise Goldsberry will appear in a multi-episode arc on CBS’ Evil as a Catholic Church attorney with a personal connection to David (Mike Colter). (via Deadline)

Natalie Morales will join season 2 of Netflix series Dead to Me, which stars Linda Cardellini and Christina Applegate. Morales’ Michelle will befriend Cardellini’s Judy. (via Variety) 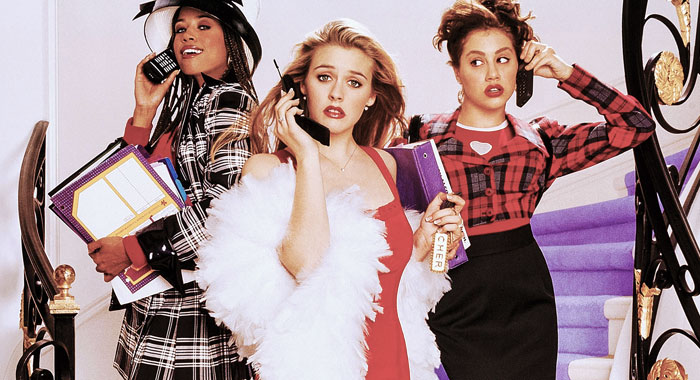 CBS Television Studios will reboot Clueless for 2020 with a series that focuses on Dionne instead of Cher and is more dramatic than the 1995 film, which starred Alicia Silverstone in the lead and Stacey Dash as the right-hand gal Dionne. Writers Jordan Reddout and Gus Hickey (Will & Grace, Man With a Plan) will lead the new version, in which Dionne must solve the disappearance of her best friend. Smells like Riverdale spirit. (via THR)

HBO stars Amy Adams (Sharp Objects) and Laura Dern (Big Little Lies) will executive produce a series for the premium cable network based on Claire Lombardo’s best-selling novel The Most Fun We Ever Had, a multigenerational saga. (via THR)

Showtime announced the development of a new untitled limited series based on the bestselling book by Mike Isaac Super Pumped: The Battle for Uber. Brian Koppelman and David Levien (Billions) will executive produce and write the series, as part of their overall deal with Showtime.

Apple announced a series order for Ted Lasso, a new comedy from star, executive producer and writer Jason Sudeikis (Horrible Bosses). Sudeikis will play Ted Lasso, an idealistic all-American football coach hired to manage an English football club — despite having no soccer-coaching experience at all. The series will be the first Sudeikis has signed on to star in as a series regular since Saturday Night Live.

Monica Beletsky, whose credits include Fargo and Friday Night Lights, has signed an overall deal with Apple TV+. She joins Alfonso Cuarón, Justin Lin, and Oprah Winfrey who have deals with Apple. (via Variety)