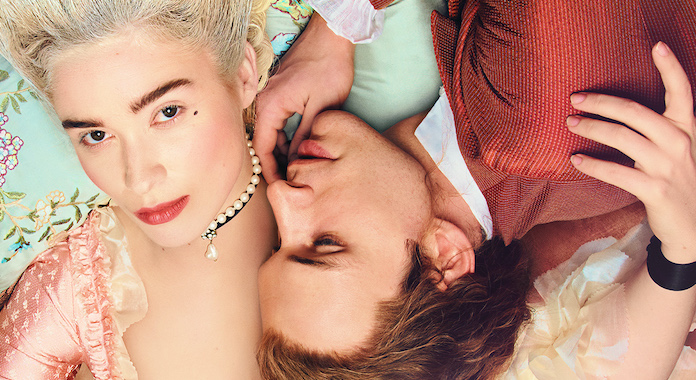 The joke in the title of French novelist Pierre Choderlos de Laclos’ Les Liaisons dangereuses (known in English as Dangerous Liaisons) is that the liaisons at the center of this story are not actually meant to be very dangerous — the lead characters don’t believe that much is at stake.

Centered in the world of a pre-French Revolution aristocracy, the Marquise de Merteuil enlists her ex,  notorious playboy Vicomte de Valmont, to seduce the innocent Cécile de Volanges. Neither of the schemers expect anything serious or terrible to happen to them because they are protected by wealth, connections, and power.

In Dangerous Liaisons, the Starz period drama series that’s meant to be a prequel to these events, the title’s emphasis is on the first word: dangerous. The premiere episode, which aired November 6, set up a world where Pascal Valmont (Nicholas Denton) is a near-penniless mapmaker who has been cut out of his father’s inheritance thanks to some meddling by his father’s widow, who sought to protect the earnings for her own son. So he makes ends meet by seducing various noblewomen into providing him with cash, clothing, or other trinkets.

When he’s not stewing over how to take down his stepmother, Pascal is deeply in love with Camille (Alice Englert). A woman with her own damaged backstory, Camille will be the property of a brothel matron until she pays back her debts to her via prostitution.

“This was a time where there was no safety net — if you fell, you fell — and I don’t think that the truth of those times is so often explored in a period drama,” series creator Harriet Warner told Rotten Tomatoes. She added that “they’re both sex workers because that is all they have, at the end, to sell to survive.” 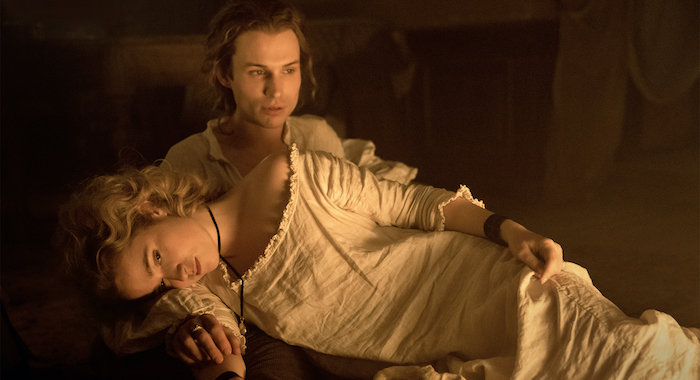 Warner took on the project after a conversation with executive producer Colin Callender, who is known for his work in adapting classic books to TV like the PBS versions of All Creatures Great and Small and Little Women as well as an executive producer for historical drama series like Starz’s The White Princess and The Spanish Princess.

“When I look at historical dramas, I have always tried to find what is the idea of the heart of them that will make it relevant to contemporary audience,” Callender said. “There are two things to the original book: one, is it’s a love story — albeit a sort-of tragic and sort-of confused love story — but it’s also the story of a woman trying to navigate a man’s world. And that is as relevant today as it was in the latter part of the 18th century.” 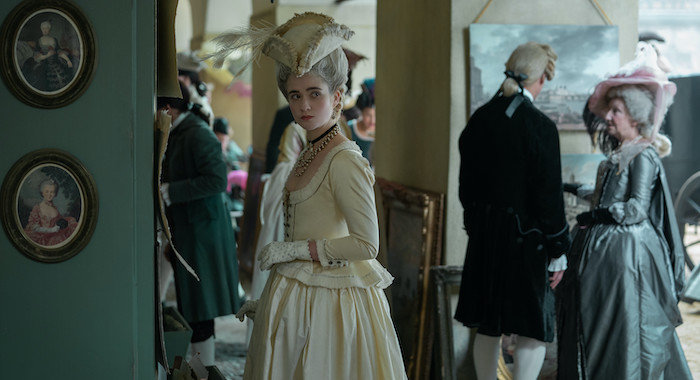 When Warner re-read the book, which is told through correspondence between the characters, she was struck by Letter 81, in which the Marquise de Merteuil — a woman who doesn’t even have a first name in the book — wrote of how she survived this world. Warner said she interpreted this “as this character is a real construct. She has created herself to manage this world, which makes me think she wasn’t from it.”

In Warner’s version, not only does the Marquise get the name Camille, but she also gets the all-to-relevant sensation of a woman’s rage.

“Having a repressed rage, I think, is quite easy condition to come by you if are female, or of that persuasion, and there’s not really many acceptable outlets for it that don’t have extreme consequences,” Englert said. “I really love her commitment to her rage. It’s something that frightens me, but it’s also a beautiful thing to get to play and, I think, it’s a beautiful thing to get to see in a story. What would it look like if someone lent into the kind of fantasy of themselves and decided to make that fantasy into a nightmare?”

She said that, in playing a younger version of a woman who would one day be all-powerful, but whose trauma is still fresh, “it’s about that moment in the cycle of abuse where you come up for air. You know you’ve experienced it and you so desperately want out. And it’s so incredibly hard to actually stay afloat.”

Conversely, there’s a vulnerability to this Valmont. He really did love Camille and his guilt and conscious are still active enough that his heart has not yet turned to black. He has a soft spot for children, whether it means taking them under his wing in a sort-of apprenticeship or giving his breakfast to starving orphans.

“There is a vulnerability and trauma that exists within him that brings about the reasoning for his horrific actions,” Denton said. He equated this to other TV anti-heroes and said, “We’ve watched this on TV with the origin stories of those people. Why are they who they are? And there’s often a very clear reason. They’re products of their environments. It anchors them.” 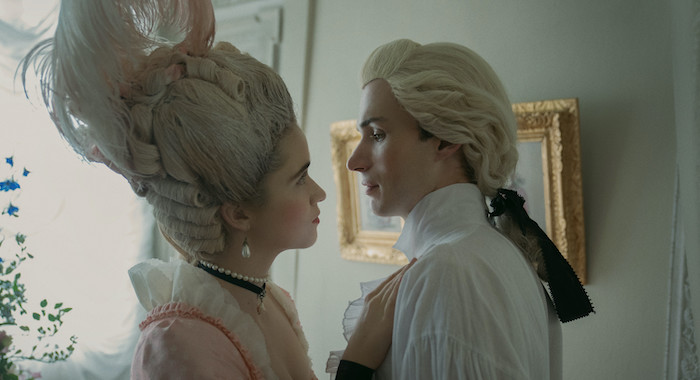 The series has been renewed for a second season. But, much like the problems befalling Hulu’s The Handmaid’s Tale, its source material can only offer so much because it is just one book. (And, unlike Handmaid’s, the book’s author is no longer alive and able to write a sequel).

“There are key narrative strands in season 1 that are — while repackaged — directly from the novel but I don’t think you’ll see see them coming,” Warner said. “The novel is hugely part of the construction of this season. But, hopefully, there is still much to surprise people.”