True stories about Whitney Houston, the Boston Strangler, and the Kingdom of Dahomey cast up, while Emma Stone, Tilda Swinton, and Jake Gyllenhaal take on new projects.

This week’s Ketchup brings you more headlines from the world of film development news, covering movies based on true stories like Boston Strangler, I Wanna Dance with Somebody, Oppenheimer, and The Woman King. 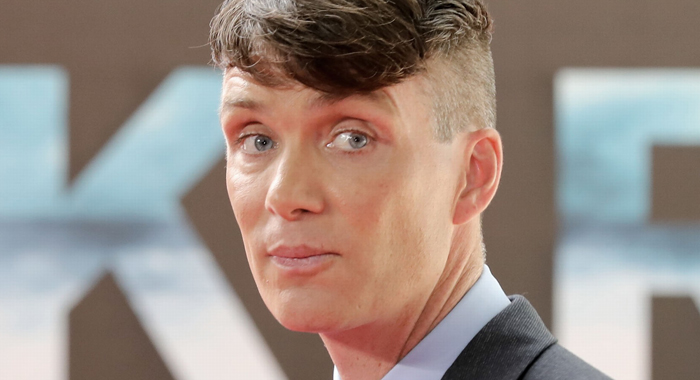 Throughout Hollywood’s long history of making movies about real life figures, it’s a lingering complaint that actors frequently do not look like the real life figures that they are portraying. For Oppenheimer, about the life of the “father of the atomic bomb,” J. Robert Oppenheimer, director Christopher Nolan appears to be sidestepping such criticisms by casting frequent collaborator Cillian Murphy, who played his Scarecrow in Batman Begins, as the titular scientist, and the resemblance is sort of uncanny. Universal Pictures has scheduled Oppenheimer for release on July 21, 2023, which puts it around the same late July slot when many of Christopher Nolan’s films have been released (Interstellar was on 7/21/2017, and The Dark Knight Rises was on 7/20/2012). Oppenheimer will start filming in early 2022 on IMAX cameras and with a budget of over $100 million. In related news, the Peaky Blinders movie, also starring Cillian Murphy, was confirmed this week to start filming in 18 months (in 2023), after the show’s sixth and final season wraps.

Although several others have possibly eclipsed his notoriety, the argument can be made that the early 1960s murders ascribed to “The Boston Strangler” left an indelible mark on the 1960s, including the 1968 film The Boston Strangler (Fresh at 86%), starring Tony Curtis. Filmmaker Ridley Scott is set to produce a new film called Boston Strangler via his Scott Free Productions for 20th Century Studios, and Keira Knightley is the film’s first announced star as Loretta McLaughlin, “the first reporter to connect the murders and break the story of the Strangler.” Writer/director Matt Ruskin (Crown Heights, Certified Fresh at 77%) will adapt the Boston Strangler screenplay and direct when filming starts on location in Boston in December, 2021. The role of Alberto DeSalvo, the Boston Strangler himself, has not yet been cast.

The Whitney Houston biopic I Wanna Dance with Somebody (12/23/2022) is now filming at locations in Boston and New Jersey, but until this week, several key roles in Houston’s life remained unfilled (or at least, unannounced). Let’s start with Robyn Crawford, Houston’s longtime assistant, who will be played by Nafessa Williams (Thunder on TV’s Black Lightining), after the role’s first actress, Moses Ingram, “recently parted ways with the role.” From the same announcement, we also now know that Whitney’s parents, John and Cissy Houston, will be played by Clarke Peters (Lester Freamon from HBO’s The Wire) and Tamara Tunie (Dr. Melinda Warner from TV’s Law & Order: Special Victims Unit). That news all came out on Monday, and then yesterday, we learned that the role of Houston’s daughter Bobbi Kristina Brown will be played by 15-year-old Brian Danielle Singleton, who played the young Octavia Spencer in the superhero movie Thunder Force. Comedian Eddie Murphy will also be a character in I Wanna Dance with Somebody, and he will be played by Jimmie Fails, who co-starred in and co-wrote The Last Black Man in San Francisco (Certified Fresh at 92%). Those five actors join other already announced cast members Naomi Ackie (Whitney Houston), Ashton Sanders (Bobby Brown), and Stanley Tucci (Clive Davis).

Filmmaker Sam Raimi is currently deep into post-production on his return to Marvel as the director of the sequel Doctor Strange in the Multiverse of Madness (3/25/2022), but that isn’t preventing him from occasionally producing other directors’ projects. Raimi’s production company is just one of the partners on a new dystopian thriller called Boy Kills World, which will soon start filming on location in South Africa. Bill Skarsgard (Pennywise in IT) will play the title character, Boy, “a deaf mute with a vibrant imagination” who escapes into the jungle when his family is murdered. Samara Weaving (Ready or Not) will also co-star as an assassin in Boy Kills World, which will be the feature film debut of German filmmaker Moritz Mohr.

Sometimes, we are blessed with bizarre but amusing coincidences in the movie news world. For example, we just learned some big news about Christopher Nolan’s Oppenheimer, which of course centers on a scientist who feared the end of the world. This same week, we also learned that director Joshua Oppenheimer — no relation to J. Robert (we think) — is preparing his next movie, and it will be a post-apocalyptic musical about the last human family on Earth. Titled The End, this will be Oppenheimer’s first narrative feature; he previously directed the Oscar-nominated documentaries The Act of Killing (Certified Fresh at 95%) and The Look of Silence (Certified Fresh at 96%). Tilda Swinton will star in The End with George MacKay (1918) and Stephen Graham (Al Capone in HBO’s Boardwalk Empire) as the last human family when filming starts sometime in 2022.

We haven’t seen many historical epics in recent years, but there was a time when they regularly racked up end-of-year awards and critical acclaim. One notable project still in the works despite this apparent downward trend, though, is The Woman King, about the Kingdom of Dahomey in the 18th and 19th centuries, which had an all-female military unit that may have inspired the Dora Milaje in Marvel’s Black Panther. We’ve known for a while that the lead role will be played by Viola Davis, and recent weeks have also seen the announcement of other actors like Lashana Lynch (Captain Marvel) and John Boyega as King Ghazo. This week, the film’s ensemble cast was further filled out by three “rising phenoms” in Jayme Lawson (Bella Real in the upcoming The Batman), Hero Fiennnes Tiffin (the nephew of Ralph Fiennes) and Masali Baduza (BBC’s Noughts & Crosses). The Woman King will be directed by Gina Prince-Bythewood (The Old Guard, The Secret Life of Bees) for Sony/TriStar.

6. EMMA STONE PRODUCING A24 HORROR I SAW THE TV GLOW

There are two companies that are now arguably most identified with horror — namely Blumhouse and A24 — and the types of horror stories that these two companies produce also couldn’t be more different. Blumhouse does “big concept” horror like Get Out, The Purge, and The Invisible Man, while A24 produces films that fall into either “indie” or “folk horror” (or both) like The Witch, Hereditary, and Midsommar. Emma Stone’s Fruit Tree production company is now collaborating with A24 on a new horror film called I Saw the TV Glow about “two teenage outcasts who bond over their shared love of a scary television show, but the boundary between TV and reality begins to blur after it is mysteriously canceled.” I Saw the TV Glow will be the second feature film from writer/director Jane Schoenbrun, whose We’re All Going to the World’s Fair (Fresh at 88%) debuted at the Sundance Film Festival this year.

To his credit, few people probably could have ever guessed that Peter Farrelly, the director of Dumb and Dumber and The Three Stooges, would go ont to direct a film that would win three Academy Awards, including Best Picture, but that’s exactly what he did with Green Book (Certified  Fresh at 77%) in 2018. With that in mind, perhaps it shouldn’t be so surprising that Farrelly is now negotiating to direct an English language remake of the 2006 French time travel drama Seras-tu La. That film was about a 60-year-old widower in 2006 who gets the chance to travel 30 years backwards in time to attempt to prevent the death of his wife in 1976. In the meantime, Farrelly is currently filming The Greatest Beer Run Ever, based on the true story of a man who traveled to Vietnam in 1967 to visit his friends who were actively fighting in the Vietnam War.

8. JAKE GYLLENHAAL TO STAR IN ADAPTATION OF PROPHET FROM DEADPOOL CO-CREATOR

Much can be argued about comic books of the late 1980s and early 1990s, but for the actual writers and artists who create comics, it all started to change in 1992 when a handful of the most popular young creators broke away from DC and Marvel to form their own company, called Image Comics. One of those Image co-founders was Rob Liefeld, who, during his time at Marvel, co-created Deadpool. For several years now, Liefeld has been working on getting movie deals for his own creations, and it sounds like one of them will finally start filming soon. Jake Gyllenhaal is now signed to star in Prophet, based on Liefeld’s comic book of the same title, to be directed by former Marvel Studios stunt coordinator-turned director Sam Hargrave (Extraction, Fresh at 67%). Gyllenhaal will star as John Prophet, “a man conscripted by Germans near the end of World War II and subjected to scientific experiments that gave him superhuman strength” (basically like Captain America, if he were a Nazi) who then wakes up 20 years later in 1965. In the comics, John Prophet wears a purple-and-gold outfit with a haircut that has to be seen to be comprehended, but Jake Gyllenhaal’s movie look will probably be different.