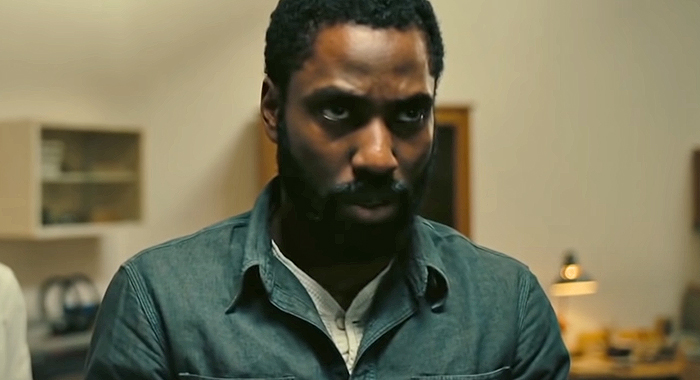 Recently, when Warner Bros. released the latest trailer for Christopher Nolan’s new action thriller Tenet, many people noticed that it ended with “Coming to Theaters,” neglecting to specify exactly when that might be. Tenet has been announced for release on July 17, 2020 since last summer, but with most movie theaters currently closed due to the COVID-19 pandemic, there have been increasing questions about whether it would shift its release or not. In breaking news late on Friday afternoon, Warner Bros. confirmed that Tenet will indeed be pushed back two weeks to July 31, 2020. On the July 17, 2020 date when Tenet was supposed to have been released, WB will instead re-release Christopher Nolan’s Inception (Certified Fresh at 87%), another trippy action movie with mind-bending visuals. In addition to Tenet, which many in the industry were looking to as the barometer for theatrical reopenings across the country, Warner Bros. also announced that Wonder Woman 1984 is getting pushed to October 2; Robert Zemeckis’s remake of The Witches is being pulled from its October 9 release to an unknown date; the animated-live action hybrid Tom & Jerry is getting pushed from December 23 to March of next year; and the giant monster face-off Godzilla vs. Kong is moving from its November 20 date to May 21, 2020, which in turn pushes back the fourth Matrix film all the way to April 1, 2022. As of right now, Disney’s Mulan is still scheduled to open on July 24, making it the first “big” movie to be released in the post-coronavirus environment, but it would not be surprising if that changed as well.

The Academy of Motion Picture Arts and Sciences has been revising the rules and categories for the Academy Awards almost since the awards started in the late 1920s (they used to award Oscars for Best Dance Direction, for example). Although the rules of the Oscars seemed relatively stable for decades, they’ve made several changes in the last decade, starting with the decision in 2009 to expand the number of Best Picture nominees from five to a maximum of 10. Responding to calls for more inclusion in their standards, AMPAS again changed some of its rules, one of which was to return the number of Best Picture nominees to a consistent ten every year. Although the Academy keeps many secrets about how close films get to being nominated, there has been speculation that some of the snubbed movies in recent years (like say, last year’s The Farewell and If Beale Street Could Talk) could have been Best Picture nominees. These changes will take effect starting with the films of 2021 and will include other guidelines put in place by a new task force of industry leaders “to develop and implement a new representation and inclusion standards for Oscars eligibility.”

Director Peter Farrelly’s controversial 2018 film about race relations in the 1960s, Green Book, went on to win the Academy Award for Best Picture last year, which led to reactions like this. For his next film, Farrelly will be reuniting with one of the stars of that film, namely Viggo Mortensen, for another true story set in the 1960s. The film will be an adaptation of the non-fiction book, The Greatest Beer Run Ever: A True Story of Friendship Stronger than War, which told the story of a young man (nicknamed “Chickie”) who traveled in 1967 from New York to Vietnam to “share a few beers” with his childhood friends serving in the Army in the Vietnam War. Brian Currie, who also co-wrote Green Book, will be one of the screenwriters on The Greatest Beer Run Ever as well, along with Pete Jones (Hall Pass). In addition to its various awards, Green Book also earned over $300 million worldwide, so the bar is set pretty high for The Greatest Beer Run Ever.

Since her co-star Beanie Feldstein was also in Lady Bird (Certified Fresh at 99%), the breakout star of last year’s Booksmart (Certified Fresh at 97%) was arguably Kaitlyn Dever (although she had previously been a cast member on TV of both Justified and Last Man Standing). For her next role, Kaitlyn Dever has landed the female lead in the film adaptation of the Tony-winning Broadway play Dear Evan Hansen. Although at 26, he is much older than the high school student he portrayed, Ben Platt is expected to reprise his role from the Broadway production in the new film. Dear Evan Hansen is the story of a socially awkward high school student who gets caught up in a web of deception after one of his letters to a classmate who committed suicide is confused with being the suicide note itself. Dever will play the dead student’s sister who begins dating Evan Hansen. Dear Evan Hansen will be directed for Universal Pictures by Stephen Chbosky, whose previous films include Wonder (Certified Fresh at 85%) and The Perks of Being a Wallflower (Certified Fresh at 86%). Dear Evan Hansen does not yet have a release date (many movies don’t right now), but it seems likely to be one of Universal’s late 2021 awards contenders.

Some of the most popular movie musicals of the last several years have included both traditional biopics like Rocketman and Bohemian Rhapsody, but also “jukebox musicals” like Mamma Mia! and, arguably, Yesterday. Walt Disney Pictures is now developing a new musical inspired by and including the numerous pop songs of Lionel Richie to be titled All Night Long, named after his 1983 hit song. The film, which is intended to be a theatrical release, will not be a biopic but more like Mamma Mia!, and the screenwriter will be Pete Chiarelli (Crazy Rich Asians, Now You See Me 2). Something that remains unclear is whether the songs will be only from Lionel Richie’s solo career, or if it will also include songs from his career with the Commodores (such as “Brick House,” “Nightshift,” “Three Times a Lady,” “Easy”).

Long before he ever directed a Spider-Man movie, Sam Raimi first became famous with his Evil Dead horror comedy franchise starring Bruce Campbell as the chainsaw-wielding anti-hero Ash. The franchise was rebooted in 2013 with Evil Dead (Fresh at 62%), which failed to generate enough attention for its own sequel. Instead, Campbell revealed this week that a new fifth Evil Dead movie to be titled Evil Dead Now is currently being developed by writer/director Lee Cronin (The Hole in the Ground). Evil Dead Now is expected to be a new story not directly connected to either the characters of the 2013 remake or Sam Raimi’s original trilogy.

Following his Marvel Comics Universe debut last year as the villain Mysterio in Spider-Man: Far from Home (Certified Fresh at 90%), Jake Gyllenhaal is now attached to star in another movie based on a graphic novel. That project, called Snow Blind, is an action-adventure about a young boy who discovers that the reason that his family lives in Alaska is that they are in the Witness Protection Program. Snow Blind is being compared to a cross between Gyllenhaal’s Prisoners (Certified Fresh at 80%) and the River Phoenix film Running on Empty (Fresh at 85%) (although that family of domestic terrorists on the run was sort of the the exact opposite of the Witness Protection Program). Snow Blind will be written by Patrick Ness, the author of A Monster Calls (Certified Fresh at 86%) whose Chaos Walking (starring Tom Holland) is currently awaiting release.

One of the horror films still awaiting release due to COVID-19 delays is Antebellum, which appears to be about a modern African-American woman (Janelle Monae) who discovers she has somehow time-traveled back to the slavery era in the American South. While we wait for that film to get an official release date, singer and actress Keke Palmer (Hustlers) is now attached to executive produce and star in a film called Alice that seems like a cross between Antebellum, Brie Larson’s abduction drama Room (Certified Fresh at 93%), and M. Night Shyamalan’s The Village (Rotten at 43%). We’re making those comparisons because of its premise, reportedly based on a true story, which is about a woman who escapes from a life of servitude in 1800s Georgia only to discover that the year is actually… 1973.

Although she first became famous as the First Daughter on TV’s The West Wing and in AMC’s Mad Men, not to mention her box office hit this year with the remake of The Invisible Man, Elisabeth Moss is arguably still most famous in 2020 for her starring role in the acclaimed series The Handmaid’s Tale. For her next film, Moss will be reuniting with one of her Handmaid’s Tale directors, Daina Reid, for a supernatural horror film called Run Rabbit Run. In the film, Moss will play a “a fertility doctor who believes firmly in life and death, but after noticing the strange behavior of her young daughter, must challenge her own values and confront a ghost from her past.”

For his World War II satire Jojo Rabbit, director Taika Waititi cast established stars (Scarlett Johansson, Rebel Wilson, Sam Rockwell) for supporting roles, but went with three relative newcomers for the film’s young leads. In addition to the two boys (Roman Griffin Davis as Jojo, and Archie Yates as Yorki), the female lead in Jojo Rabbit was Thomasin McKenzie, who actually did have her first breakout role in 2018 in the indie film Leave No Trace (Certified Fresh at 100%). For her next role, McKenzie will star in Joika, based on the true story of an American ballet dancer named Joy Womack who was a member of the Bolshoi Ballet in Moscow. The young actress is reportedly already training for her role as a ballet dancer in the production, which will reportedly use new technology to allow the team to work together in the post-COVID-19 pandemic environment.

10. OLIVIA MUNN TO STAR IN HER OWN SCI-FI ACTION MOVIE CALLED REPLAY

Olivia Munn may have at one point expected to have a potential superhero franchise when she co-starred as Psylocke in X-Men: Apocalypse (Rotten at 47%), except that the X-Men franchise as we previously knew it is pretty much dead now following Disney’s acquisition of Fox, and Psylocke didn’t return in the next movie, X-Men: Dark Phoenix, anyway. Instead, Munn appears to have a chance at another new role with a concept that seems franchise-friendly, as she will produce and star in a science fiction action movie called Replay about a woman “armed with illegal, bleeding-edge technology” who attempts to change the past in order to save the life of her murdered husband. Replay is being produced by Dark Castle Entertainment, the production company behind such recent films as Ghost Ship, Orphan, Suburbicon, and House of Wax.