Chrissy Metz Previews Kate's Challenges in This Is Us Season 3

Are kids in Kate and Toby's future, and how will she deal with his depression? 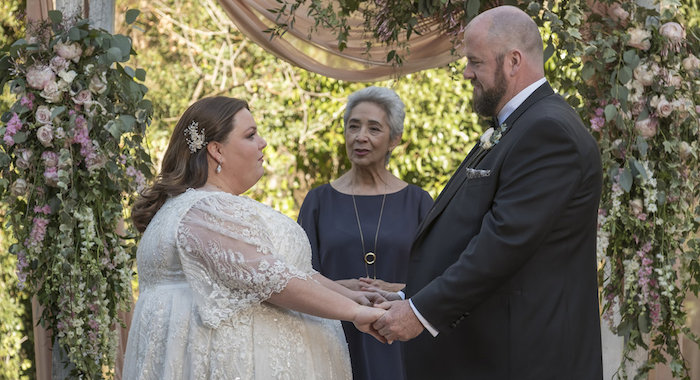 Just when it looked like things were working out for Kate (Chrissy Metz) on This Is Us, a glance into the future shows more trouble looming. Season 2 ended with Kate and Toby (Chris Sullivan)’s wedding. Jack (Milo Ventimiglia) even got to make an appearance in a dream sequence.Ron Batzdorff/NBC

After weathering a roller-coaster engagement, including future in-laws who cautioned Toby against tying the knot, Kate Pearson is now a married woman. They haven’t even had their honeymoon yet when a scene showed Toby later that year spiraling in the throws of depression.

Depression will manifest a little differently in Toby, as it is unique to everyone who suffers from it.

“I think that it’s going to be different in the way that Kate and Toby are obviously two different people,” Metz told Rotten Tomatoes recently. “Whether it’s mental illness or depression, whatever it is, everybody handles it differently.”

Kate is being supportive in that future scene, as Toby has certainly helped her through times of self-doubt and self-blame in the first two seasons.

“What’s really beautiful is that I think Kate is really able to be a foundation and strong for Toby as he was for her for so long,” Metz said. What’s going to be interesting is to see why he’s going through that and what it is in particular that he’s contending with. It’s going to look different of course but everybody’s going to be able to relate to it because under the umbrella of depression, depends on what you’re dealing with.” 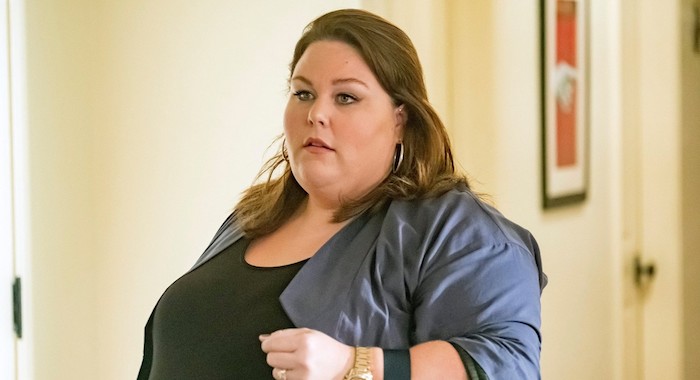 Toby’s depression won’t be another “how did Jack die” mystery that takes two years to reveal itself. Although the roots of it are still ambiguous, Metz said season 3 will reveal exactly what Toby’s condition is.

“I think it will be pretty clear,” Metz said. “It’s going to obviously be a through-line in season 3 when it comes to Kate and Toby and their decisions to potentially start a family and how they’re going to start a family and what that’s going to look like. It’s obviously something that she’s wanted to do for forever. We’ll see how that depression plays into it or affects it.”

Back in season 1, Kate told Toby she feels responsible for Jack’s death. Even before the circumstances were revealed, everybody in the world reassured Kate it wasn’t her fault. If only fictional characters were on Twitter to see.

“Isn’t that amazing that we do that to ourselves?” Metz reflected. “Oh my gosh, it’s torture. We take on these things and we believe them to be true because our perceptions are reality. There were so many other factors in that. That’s the thing about holding onto guilt or shame. It doesn’t help us. It doesn’t serve us. It’s a heavy burden to carry.”

Prior to the wedding, Kate still held onto mementos like her VHS tape Jack made of her singing. Season 3 will see Kate move beyond her self-blame.

“I do think that she’s come to the other side of it,” Metz said. “I think there’s a part of her that will always sort of feel, because she wants him desperately to be alive, that she feels guilty. But I think that for the majority of it, she’s really moving through that pain. It’s been a process, acknowledging it, talking about it and getting through that and feeling the feelings. That’s what we don’t ever do. We don’t ever actually move through the feelings. We just let it paralyze us or eventually take us down.” 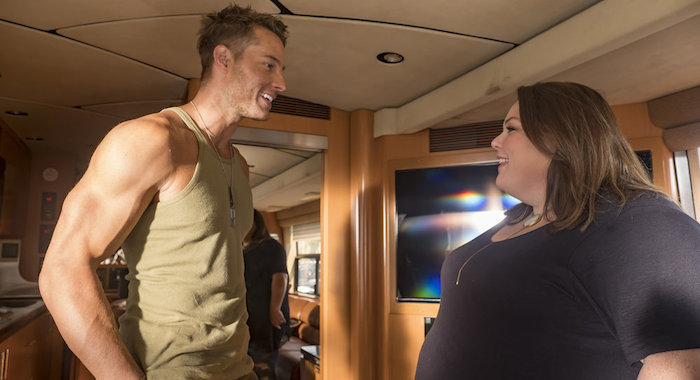 Kate has also been a rock for Kevin (Justin Hartley) as he went through an addiction to pain killers after an on-set injury aggravated his old football injury. Metz thinks the roles may reverse in season 3.

“I do think that just as Kate had to go through her trials and tribulations for herself that Kevin’s going to do that,” Metz said. “The twin bond is something that we’ve never ever really broken. I do think that he’ll be there for her in ways that he never felt like he would.”

Metz published her autobiography This Is Me in March. She is spending the hiatus trying to travel to see family, and she is also newly single for the first time since This Is Us became a cultural phenomenon. She had been dating cameraman Josh Stancil since early in the show’s first season.

Right now, she is enjoying single life before embarking on another relationship.

“It sounds crazy, but I get to do whatever I want to do when I want to do it,” Metz said. “I love that. I’ve been fiercely independent. That’s just how my mom raised her children but I don’t know. For me, I love meeting new people. I’m not opposed to dating. I’m not afraid of dating.” 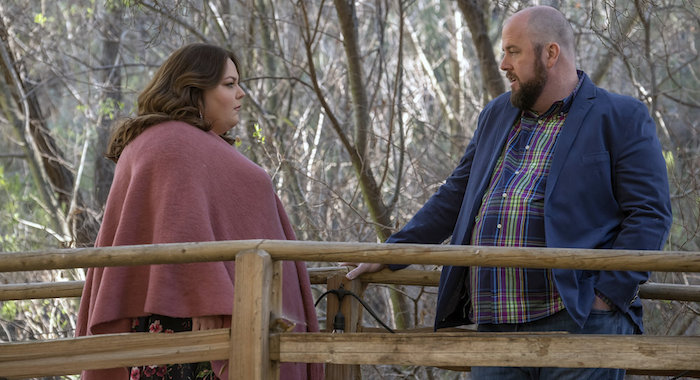 Potential suitors are going to really have to bring their A game, like even better than Toby.

“Somebody’s gotta be really special,” Metz said. “There are so many things that I want to do that are on my bucket list and just opportunities that I’m grateful are coming my way. They’ve really got to contribute positively to my life. I’m not in a rush, but if someone magical comes along, that’s exciting. If they don’t, my life is very exciting.”

One would think the star of a hit TV show would be bombarded with available guys hitting on her. She may be. Metz wouldn’t even know if she was.

“Oh, I couldn’t even tell you if a guy’s hitting on me or not, honestly,” she said. “I’m so congenial that I talk to anyone, and I surely hope they don’t think I’m flirting with them. If I am, I think I’ll make it known; however, I don’t ever think, ‘Oh, he so likes me.’ Never, never, never. I don’t think that, no.”

Metz does converse with many other women in person and on social media. Since the beginning of This Is Us, Metz has been open about her struggles with weight and body positivity. She got to elaborate more in her book, and the wedding episode of This Is Us reached another group of women.

“There are several women who have approached me about not having their father at their wedding and how heartbreaking it was,” Metz said. “As women, we fantasize about what we want our wedding day to be like. It’s so heartbreaking to have a loved one, especially a father that you were close to, not be present at one of your most special days of you life. At the same time, the show I think allows people to realize that we’re all going through something and that they’re not alone.”

The dream sequence did allow Metz to share her first and only scene with Ventimiglia.

“It was so special and emotional,” Metz said. “I really do love him. I also knew what the storyline was going to mean to people and I also knew how people were going to be affected by it. It was very, very emotional.”

This Is Us and This Is Me have also helped families relate to their plus-sized children, as they’ve told Metz.

“I’ve had women, men, all sorts of ages, backgrounds, ethnicities who are like, ‘I never understood plus-sized people’ or ‘I never understood my son or my daughter who has a weight issue,’” Metz said. “One woman said that I saved her daughter’s life. I couldn’t even process that. I was just like, ‘What?’ I think in speaking our truth and being vulnerable and being who we really are, it allows other people to feel comfortable to be in their own skin.” 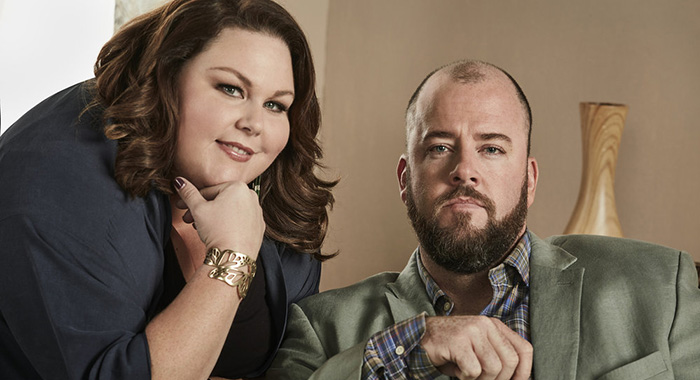 Some things have not changed for Metz since the success of This Is Us. When she doesn’t have to get dressed up for a red carpet or event, Metz is happy to call it a night.

“I love being at home,” Metz said. “The first thing I do is take off my bra and want to sit on the couch. That’s never going to change. I still like to just veg out and hang out. It’s not that I don’t like to dress up, but I really do appreciate some flip flops and not really having to go anywhere. That stuff is nice.”

Season 3 of This Is Us will already be half over by the time Metz’s new movie comes out in 2019. Breakthrough is based on the true story of Joyce and John Smith. Metz plays Joyce, and it is another kind of harrowing family drama.

“It’s different in that I play a mother and I’ve never played a mother,” Metz said. “I do think Kate is very nurturing, but I play a mother whose son falls through a lake and is pronounced dead. It’s really about that collective consciousness and that positive thought of prayer and love that bring her and her son back to life. They have breakthrough within the relationships, breakthrough about their faith.”

This Is Us returns this fall on NBC. 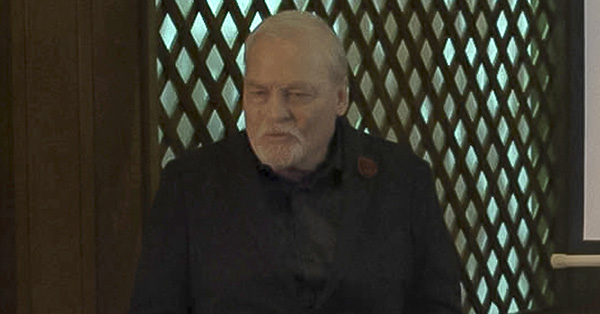 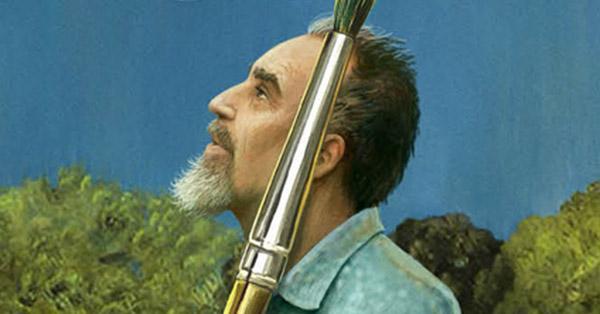