Captain America 4 Has Found Its Director, and More Movie News

Steven Yeun reunites with Bong Joon-ho, Taron Egerton lobbies to play a Marvel mutant, Ancient Aliens is getting a movie, and new projects for Chris Evans and Michael Shannon.

This week’s Ketchup brings you more headlines from the world of film development news, covering such titles as Avatar 4, Captain America 4, and Snow White. 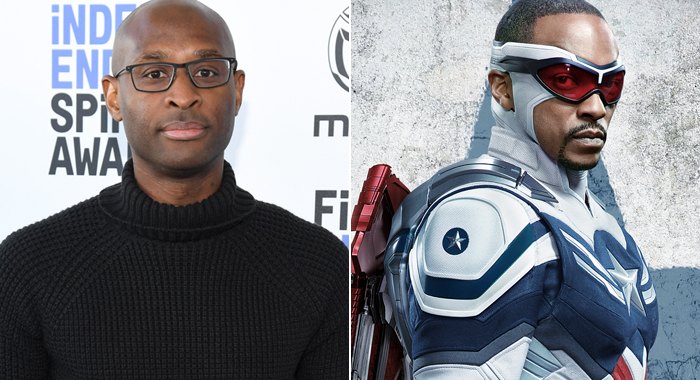 Soon after the Disney+ series The Falcon and the Winter Soldier (Fresh at 83%) streamed its final episode last year, the news broke that Marvel Studios was indeed developing Captain America 4 to feature Anthony Mackie in his character’s new role as Captain America. The movie business does, however, move notoriously slowly, so it’s not surprising at all that it has taken a year for Marvel Studios to get to the next stage of development, which is the hiring of a director. The job of directing Captain America 4 has gone to Nigerian-born filmmaker Julius Onah, whose highest profile project to date was Netflix’s The Cloverfield Paradox (Rotten at 21%). In addition to being the third film in the Cloverfield franchise, The Cloverfield Paradox also made quite the splash in early 2019 when it debuted online immediately after the Super Bowl, the same night its trailer first debuted, in a surprise move from Netflix. The premise of Captain America 4 is not yet known, including which villains might be featured or which previous MCU characters might show up (including Sebastian Stan as the Winter Soldier). The screenplay was written by Malcolm Spellman and Dalan Musson, both of whom also worked on The Falcon and the Winter Soldier. Marvel Studios has also not yet announced a release date or a filming start date for the film.

After the box office success of The Batman (Certified Fresh at 85%), which earned over $770 million worldwide and the No. 3 box office spot of the entire year so far, Warner Bros. was quick to make another film with star Robert Pattinson by signing him on to the next English-language film from South Korea’s Bong Joon-ho, the director of the Academy Award Best Picture winner Parasite (Certified Fresh at 99%). The next actor to join this untitled sci-fi thriller is Steven Yuen (The Walking Dead, Minari), who previously worked with Bong on Netflix’s Okja (Certified Fresh at 86%). In addition to Robert Pattinson, Yuen’s other co-stars will include Naomi Ackie, Toni Collette, and Mark Ruffalo. The untitled sci-fi thriller will be an adaptation of the Edward Ashton novel Mickey7, which follows a “disposable employee” on a mission to colonize an ice planet called Niflheim who is called upon for the most dangerous missions, because when he dies, they’re able to regenerate him with a new body, with the latest version being “Mickey7.”

2. JAMES CAMERON MIGHT NOT DIRECT AVATAR 4 AND 5 AFTER ALL

In the last 25 years since 1997’s Titanic (Certified Fresh at 87%), James Cameron has only directed one non-documentary feature film, 2009’s Avatar (Certified Fresh at 82%). Cameron has spent most of the last several years either preparing for or actually directing and producing the Avatar sequels, the first of which will be this year’s Avatar: The Way of Water (12/16/2022). Cameron also directed Avatar 3 (12/20/2024) back-to-back with The Way of Water, and the expectation until this week was that he would also direct Avatar 4 and Avatar 5, probably back-to-back as well. According to James Cameron himself, however, those plans may have since changed, as he said this week, “I think eventually over time — I don’t know if that’s after 3 or after 4 — I’ll want to pass the baton to a director that I trust to take over, so I can go do some other stuff that I’m also interested in.” Specifically regarding Avatar 4, Cameron continued, “Movie four is a corker. It’s a motherf—er… I actually hope I get to make it. But it depends on market forces.” Cameron has been working on these sequels for so long that he hasn’t added much to his slate, but projects he has previously expressed interest in include The Dive, Fantastic Voyage, and The Informationist.

3. TARON EGERTON HOPES TO PLAY ONE OF MARVEL’S MOST FAMOUS CHARACTERS

It has now been over three years since Disney finalized its acquisition of the various Fox film and TV properties in 2019, but MCU fans are still waiting to hear who will be taking over various Fantastic Four or X-Men roles. One actor who has been unusually vocal about his desire to land a key role is Taron Egerton, who starred as Elton John in Rocketman (Certified Fresh at 89%) and as Eggsy in the first two Kingsman movies. Speaking to the New York Times this week, Egerton said that he has met recently with Marvel Studios and Kevin Feige in the hopes of landing the X-Men role of Wolverine, saying, “I’d be excited, but I’d be apprehensive as well, because Hugh is so associated with the role that I’d wonder if it’d be very difficult for someone else to do it.” Egerton has been an actor fans have previously expressed interest in seeing play Wolverine, in part because, unlike the statuesque 6′ 2″ Hugh Jackman, Taron Egerton at 5′ 8″ is a head closer to Wolverine’s relatively diminutive 5′ 3” height in the comics. Marvel Studios has not yet announced a release date for their first film featuring the X-Men.

The verdict is still out on whether or when Warner Bros. will move on with a fourth Fantastic Beasts movie following the relatively disappointing box office of Fantastic Beasts: The Secrets of Dumbledore (Rotten at 46%), which failed to break $100 million domestically. It’s also unknown if director David Yates, who directed the last four Harry Potter movies and the first three Fantastic Beasts entries, would also return. In the meantime, Yates is moving on with a different non-Potterverse project for Netflix called Pain Hustlers. Emily Blunt will star in the film as “a high-school dropout [who] lands a job with a failing pharmaceutical start-up in a yellowing strip mall in Central Florida, [where her] charm, guts and drive catapult the company and her into the high life.” Blunt’s first announced co-star this week is Chris Evans, who is coming off his recent lead role in Pixar’s Lightyear (Certified Fresh at 75%), and who will soon co-star with Ryan Gosling in Netflix’s The Grey Man (7/22/2022).

The latest actor who is turning his attention behind the camera is Michael Shannon, who in addition to starring in movies like Man of Steel (Rotten at 56%), The Shape of Water (Certified Fresh at 92%), and Take Shelter (Certified Fresh at 92%), also has a theater background dating back to the 1990s. Shannon will be making his feature film directorial debut with an adaptation of the 2002 stage play Eric Larue, which debuted at A Red Orchid Theatre in Chicago where Shannon is also a founding member. Inspired at the time by the Columbine school shooting, Eric Larue tells the story of a woman whose 17-year-old son is in prison after shooting and killing three of his classmates. It’s not yet known if Shannon will also take on an acting role in the film.

Walt Disney Pictures has kept their live-action remake of Snow White and the Seven Dwarfs (Certified Fresh at 98%) relatively hush-hush, with only three actors announced so far. Those three known stars before this week were Rachel Zegler (West Side Story) as Snow White, Gal Gadot as The Evil Queen, and Andrew Burnap as a new character named Jonathan. Speaking at a fan event in Denver this week, Martin Klebba, who played Marty the pirate in the Pirates of the Caribbean movies, confirmed that he has wrapped filming of his role as Grumpy the Dwarf in Snow White. , thereby confirming that the dwarfs will indeed feature in the film. Disney hasn’t announced a release date for Snow White yet, but according to Klebba, it will be in late 2023.

The Hunger Games prequel The Hunger Games: The Ballad of Songbirds & Snakes (11/17/2023) is starting to look like it might have the largest cast yet. After initially casting Rachel Zegler (West Side Story) in the lead role as Lucy Gray Baird, the girl Tribute from District 12, and Tom Blyth as the young Coriolanus Snow, there have been three more rounds of ensemble casting, with the latest just last week adding seven more. This week’s fourth round of casting was even larger, adding nine cast members, most of whom are relative newcomers or unknowns to most movie fans. The new stars include Irene Boehm (District 7 tribute), Cooper Dillon (District 4 tribute), Luna Kuse (District 10 tribute), Kjell Brutscheidt (District 10 tribute), Dimitri Abold (District 11 tribute), Athena Strates (District 4 mentor), Dakota Shapiro (a member of the “Covey”), George Somner (District 12), and Vaughan Reilly (another member of the Covey). The Hunger Games: The Ballad of Songbirds and Snakes will be directed by Francis Lawrence, who directed all of the previous Hunger Games films except the first.

8. DO YOU WANT TO BELIEVE IN AN ANCIENT ALIENS MOVIE?

The History Channel reality series Ancient Aliens, in which “experts” connect various phenomena or historical events to theories about aliens intervening in early human history, has been so successful that it has now run for 18 seasons and inspired a spin-off show called Traveling the Stars: Action Bronson and Friends Watch Ancient Aliens. Dating back to Erich Von Daniken’s 1968 book Chariots of the Gods?, theories about ancient aliens have seeped into or inspired movies like The Eternals, Indiana Jones and the Kingdom of the Crystal Skull, John Carpenter’s The Thing, and The X-Files. Now, Legendary Entertainment (the production company behind the recent Kong and Godzilla reboots) and the producers of Cobra Kai (Fresh at 93%) are developing a live-action Ancient Aliens movie. To get things going, the producers have hired screenwriter Craig Titley, whose previous credits include Percy Jackson and the Olympians: The Lightning Thief (Rotten at 49%) and 13 episodes of Marvel’s Agents of S.H.I.E.L.D. (Fresh at 95%). A release date (or a distributor, director, or cast) for Ancient Aliens has not yet been announced.