Plus, Our Brand Is Crisis is a so-so political satire, and Ash vs. Evil Dead is gory and hilarious.

This week at the movies, we’ve got a cantankerous chef (Burnt, starring Bradley Cooper and Sienna Miller), an ace political strategist (Our Brand is Crisis, starring Sandra Bullock and Billy Bob Thornton), and defensive campers (Scouts Guide to the Zombie Apocalypse, starring Tye Sheridan and David Koechner). What do the critics have to say? 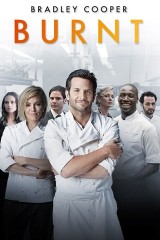 At this point, we expect celebrity chefs to act like college basketball coaches — it’s a surprise if they aren’t yelling all the time. The problem with Burnt, critics say, is that its central culinarian is such a jerk that he ends up giving the whole dish a bad taste. Bradley Cooper stars as Adam Jones, whose genius in the kitchen has often been undermined by a short temper and a taste for booze. In a bid for redemption, Jones tries to keep his emotions in check and repair his interpersonal relationships. The pundits say Burnt looks appetizing but is made with stale ingredients — in other words, its excellent cast and strong visuals can’t salvage its predictable plot. 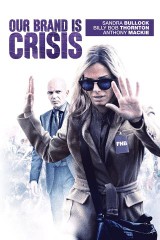 It’s easy to be cynical about politics, so if you’re going to make a film that satirizes the electoral process, it needs to be sharp enough to draw blood. Unfortunately, the critics say that while Our Brand is Crisis offers a tough, smart performance from Sandra Bullock, its insights aren’t particularly deep. Based on a 2005 documentary of the same name, the film stars Bullock as Jane Bodine, a hotshot political strategist who’s hired to resuscitate the sagging campaign of a Bolivian presidential candidate. What makes this election personal is that Jane’s hated rival Pat Candy (Billy Bob Thornton) is working for her candidate’s opponent. The pundits say Our Brand Is Crisis gets a decent amount of mileage out of its stars, but otherwise, this comedy is breezy when it should be down and dirty. 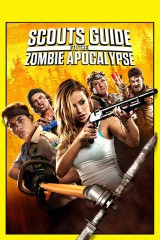 Must an adolescent fantasy be so juvenile? Critics say Scouts Guide to the Zombie Apocalypse — which, as the title indicates, is the story of a group of Scouts who must save their community from a zombie outbreak — has enough decent gags for a killer webisode, but at feature length, its scatological humor and narrative slackness wear thin.

True to the movies that spawned it, Ash vs. Evil Dead is a gory, hilarious, and audacious resurrection of Sam Raimi‘s beloved horror franchise.

Wicked City falls prey to the style-over-substance stereotype of the decade in which it takes place — although it does have a killer 1980s soundtrack.

“Thank You” is an example of what The Walking Dead does best, combining gripping action with troubling existential questions in a heart-wrenching plot twist.