Brendan Fraser had an in for the G.I. Joe movie. Producer Bob Ducsay also produced the Mummy films, so as soon as he found out, Fraser asked to play a role — any role — in G.I. Joe.

“No, I didn’t ask, I begged,” Fraser said. “I’m a cameo. We were in Shanghai, shooting nights and doing the chase sequence. Bob Ducsay gets off the phone. Bob produced the other two pictures, he’s got this big old smile on his face. ‘What have you got to be so happy about?’ He said, ‘We just got the green light to do Joe from Paramount.’ ‘Hey, congratulations, that’s great, good for you. Can I be in it? Please? I’ll wash your dog. I had a G.I. Joe. He dangled from his parachute strings in a tree one winter.’ They called me.”

It’s easy to imagine Fraser in military fatigues, but the Joe geek is quick to point out he is not one of the major players in the action figure toy line.

“Now, let’s just get the record straight. I am not Gung Ho. I am not a refugee from the Village People. All due respect, I’m not that character. I made a personal choice when I arrived and kind of ripped it off and decided I’d be some sort of hybrid of a great-great-grandson of Rick O’Connell, so that’s all I’m telling you — which is about everything, because it was a cameo.” 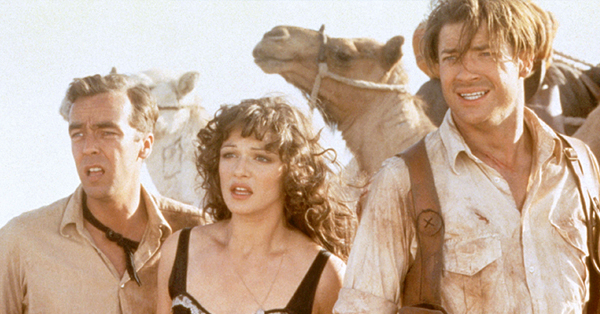