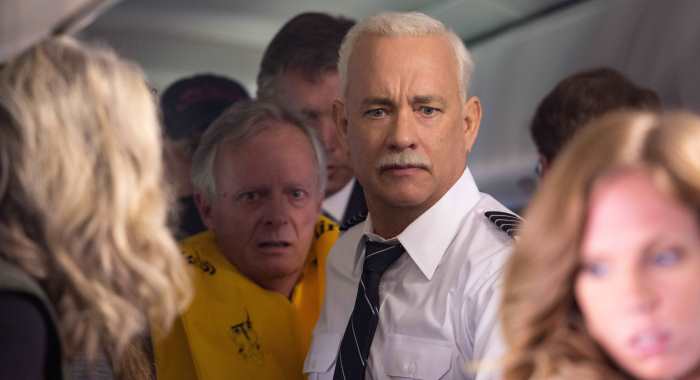 This weekend, the new films opening this weekend had virtually no impact while last weekend’s champ was solid in its second go around, and most of the remaining holdovers had small dips as well.

Amidst glowing reviews and happy consumers, Tom Hanks’s Sully took first place again this weekend, dropping 37% from last weekend to an estimated $22M, bringing its total up to $70.5M. Look for a finale in the $130M range, which would be Hanks biggest live-action film since 2009’s Angels & Demons, which seems fortuitous as its sequel Inferno comes out later this year.

With the good comes the bad. Three new films opened in over ,2900 theaters this weekend and they all tanked. First up was the horror sequel Blair Witch which opened to $9.65M from 3,121 theaters for a per screen average of $3,092. Somehow that opening is even lower than 2000’s Book of Shadows: Blair Witch 2 which was a cash grab if there’s ever been one. But that film opened to $13M before ending at $26M. Both of these films of course, pale in comparison to the greatest movie marketing in history, 1999’s The Blair Witch Project which had $56K and $64K averages its first two weeks before exploding to a $29M weekend when it expanded into 1,100 theaters. On an estimated budget of only $60K it managed to make $140M domestically. The new Blair Witch has an estimated budget of only $5M so it likely won’t lose money, but with poor reviews and a CinemaScore of a D+ (!) it won’t last long in theaters.

In other threequel news, this weekend saw the return of Renee Zellweger in Bridget Jones’s Baby, another movie apparently film fans weren’t looking for. This latest tale opened to an estimated $8.2M from 2,927 theaters for a per screen average of $2,815. Surprisingly, this is right on par with the last film, Bridget Jones: The Edge of Reason which opened to $8.7M back in 2004. Except, of course, Edge of Reason opened on only 530 screens for a powerful per screen average of $16K and eventually finished with $40M. And for the sake of history, the original Bridget Jones’s Diary opened to $10.7M in 2001 and ended up with $71M. Reviews for Baby were generally positive with a CinemaScore of a B+ so there’s some hope it could reach $40M, but I wouldn’t bank on it.

The final new wide release this weekend was the Oliver Stone drama Snowden which opened to an estimated $8M from 2,442 theaters for a per screen average of $3,284. Reviews were mixed though it did garner an A Cinemascore. Two years ago a documentary on Edward Snowden, CitizenFour, came out and ended up winning the Oscar for Best Documentary Feature. That film never made it to more than 105 theaters but ended up with $2.8M. Perhaps we didn’t need another film about Snowden so close to an award-winning documentary?

Proving that some horror films do connect with audiences and have staying power, Don’t Breathe slipped only 32% in its fourth weekend to an estimated $5.6M, bringing its cume up to $75M for Sony. I’m sure a sequel is in the works; here’s hoping they keep up the quality and don’t go for the quick buck as we’ve seen how that can turn out. In sixth place was When the Bough Breaks which had the biggest drop in the top 10, falling 61% in its second weekend to an estimated $5.5M, bringing its total up to $23M. Look for a final total in the $30M range.

The top ten films grossed an estimated $53.5M which was down 26% from last year when Maze Runner: The Scorch Trials debuted at number one with $30.3M; and down 21% from 2014 when The Maze Runner opened in the top spot with $32.5M. Were it not for star Dylan O’Brien’s head injury, would there have been a Maze Runner threepeat this weekend?