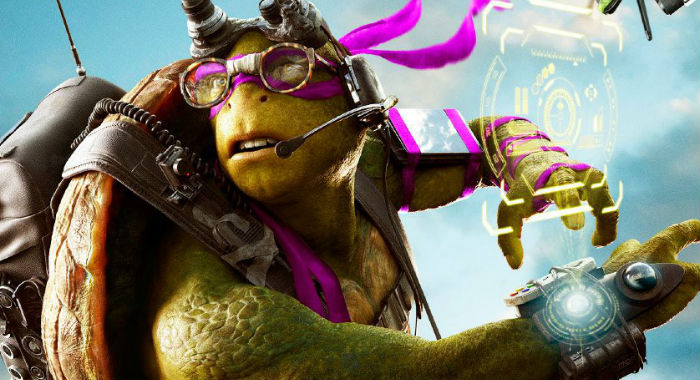 Turtle Power was back as the adventure sequel Teenage Mutant Ninja Turtles: Out of the Shadows claimed the number one spot with an opening of an estimated $35.3M. The long-running franchise has had a total of six films open across 26 years and every one debuted in the top spot.

The newest PG-13 movie opened 46% below the opening weekend of its 2014 predecessor which rebooted the property for Paramount. It’s the latest of four major summer sequels over the last three weeks to open significantly behind its previous installment. Next weekend sees The Conjuring 2 and Now You See Me 2 possibly joining that list.

TMNT2 posted a solid $8,659 average from 4,071 locations this weekend including IMAX and 3D screens. Reviews were negative, but that has usually been the case for this brand. Studio data showed that the crowd was 54% male and 52% under 25. The production budget was a reported $135M.

Overseas, it launched to $34M from 40 markets including only three of the majors. Other key territories are sprinkled across the summer including Korea and Brazil later this month, China and Italy in July, and Germany and Japan in August. Reaching a global gross that triples its production budget remains possible.

The non-turtle mutant sequel X-Men: Apocalypse got punished in its second weekend tumbling a steep 66% to an estimated $22.3M giving Fox $116.5M. While a sharp fall, it fits into the range this franchise has seen in the past when sequels were launched over the Memorial Day holiday frame. 2014’s Days of Future Past (which earned terrific reviews) dropped 64% while 2006’s The Last Stand crashed 67%.

But the ten-day start puts Apocalypse 28% behind the pace of DOFP and 34% behind Last Stand which both ended up with roughly $234M in North America. Given the road ahead, the new X-Men looks to finish at roughly $160M domestic which would be less than what Batman v Superman collected in just its opening weekend. Also, that would only be marginally above the $157.3M of the first X-Men film from 16 years ago when ticket prices were significantly less and no 3D or premium-large-format options were available to boost grosses.

International markets brought good news for Apocalypse which collected an estimated $84.4M this weekend including a huge $59M opening weekend from China. Holdover markets fell by 52% which is reasonable for a super hero threequel. Overseas markets have grossed $286M with worldwide sitting at $402.5M now. The global gross should find its way north of $600M.

Women not interested in seeing fighting mutants (in turtle or human form) turned out in impressive numbers for the romance Me Before You which enjoyed a healthy opening weekend with an estimated $18.3M from 2,704 theaters for a sturdy $6,757 average. Based on the best-selling novel, the PG-13 film earned lackluster reviews but instead excited its target audience with, among other things, a great trailer that sparked interest.

Warner Bros. research showed that the audience was overwhelmingly female at 81%. 53% were under 35. Me Before You scored a very good A grade from CinemaScore and is generating positive word-of-mouth with moviegoers. With little direct competition in the weeks ahead, this one could sail on to find very encouraging sales this summer.

Following its dismal debut, the Johnny Depp sequel Alice Through the Looking Glass fell sharply in its second weekend dropping 60% to an estimated $10.7M. The big-budget Disney project has grossed only $50.8M which is a whopping 76% below the $209.3M of 2010’s Alice in Wonderland after its second weekend. Don’t expect any more Mad Hatter pics. The current trajectory puts Looking Glass on course to finish its domestic run in the $70-75M range which would be below past pricey Disney duds like The Lone Ranger, Tomorrowland, and possibly even John Carter. Global sits at $176.3M including a solid $49.5M in China which is the only overseas market truly rocking on this one. The film plunged 76% in its second weekend there so it has only so much more left to extract from that key market.

Falling a reasonable 48% from the holiday frame was Sony’s The Angry Birds Movie with an estimated $9.8M lifting the cume to $86.7M. Worldwide total is now over $280M.

2016’s top-grossing blockbuster Captain America: Civil War took in an estimated $7.6M dropping 51% on its fifth weekend. The Disney cume is now $388.9M domestic putting it at number 23 on the list of all-time domestic blockbusters right behind Frozen. The third Captain America is on target to end its North American run right at the same level as Iron Man 3‘s $409M. With the international run closing up soon, Civil War has now amassed a fantastic $1.13 billion worldwide, including a stellar $190.2M in China which is twice what Batman v Superman grossed there. The Marvel smash should finish at just under $1.2 billion global.

Universal followed with a pair of R-rated comedies. Neighbors 2 dropped 50% to an estimated $4.7M for a total of $48.6M. The studio’s new Andy Samberg pic Popstar was utterly rejected by paying audiences opening poorly in eighth place with an estimated $4.6M from a nationwide bow in 2,311 locations for a lousy $2,004 average. Critics were pleased for the most part, but regular moviegoers saw no reason to come out and spend their money. Those that did were only moderately pleased as evidenced by the so-so B CinemaScore. Demos showed that the crowd was 60% male, 55% under 25, and 67% white. For ages, Hollywood has blindly given away financing plus marketing/distribution support to films aimed at young men thinking there is a gold mine there. But Popstar follows this year’s Keanu, Hardcore Henry, Triple 9, and The Brothers Grimsby as original R-rated content aimed at this demographic that just failed to draw in crowds at the box office.

Enjoying the smallest decline in the top ten again was the runaway smash The Jungle Book which dropped 40% to an estimated $4.2M pushing the total to $347.5M. It now sits at number 36 on the all-time domestic list right behind American Sniper. Worldwide, Jungle has amassed $895.1M with Korea and Japan still to come. The Nice Guys rounded out the top ten with an estimated $3.5M, off 46%, for a mild sum of $29.1M for Warner Bros.