Also: The Express, Quarantine, City of Ember rush into theaters.

Leonardo DiCaprio and Russell Crowe, two men that have on more than one occasion anchored blockbusters that have also won Oscars for Best Picture, team up for the anti-terrorism action flick Body of Lies which leads the new round of debuting titles. Also fighting for a finite number of screens in an overcrowded marketplace are the football drama The Express, the horror thriller Quarantine, and the sci-fi adventure City of Ember. With such variety, there should be little audience overlap between the new releases. Monday’s Columbus Day holiday will see many schools and businesses closing helping the Sunday box office post stronger sales than usual.

The War on Terror comes to a theater near you packaged as a star-driven spy thriller in Body of Lies. The Ridley Scott film brings together big-name stars DiCaprio and Crowe and is selling itself as an action picture. In the process, the marketing materials have done everything possible to hide the fact that the story takes place mostly across the Middle East and deals with the U.S. hunting down a major terrorist leader. You can’t blame Warner Bros. That subject matter just doesn’t sell and who really is in the mood for it? Instead, the names of the stars and director are being pushed to the forefront. Watch the trailer and TV spots and it’s hard to tell what exactly the story is about. Instead, the studio is hoping that audiences look at it as they would a JB flick (Bond or Bourne, you pick) – a globe-trotting espionage film with gritty action elements and a handsome hero in the lead.

Downplaying the subject matter and focusing all attention on the stars is a smart way to go. Both actors are well-respected and have been known to sell tickets – in the right film. Mature adults will make up the prime audience for this R-rated film with older teens and college students likely to pass. Last weekend’s top three films skewed heavily to the under-25 set so Body of Lies has an opportunity to score at this moment. Look for the film to appeal to the same crowds that came out for other fall action thrillers like The Kingdom ($17.1M), Righteous Kill ($16.3M), and The Departed ($26.9M). Since adult men will make up a big part of the audience, competition from football and the baseball playoffs this weekend will have an impact. Infiltrating 2,710 sites, Body of Lies might debut with about $20M this weekend.

Following films like Finding Forrester and Coach Carter, Rob Brown anchors the new inspirational football drama The Express telling the story of Ernie Davis, the first black man to win the Heisman Trophy. Dennis Quaid stars as the coach in this PG-rated title. Pigskin flicks generally do well at the box office as do stories of African American trailblazers in sports. A solid third place debut could result this weekend. Though not terribly strong on the starpower side, Express does have an uplifting feel-good true story on its side and that should resonate with moviegoers. Universal’s sneak previews last weekend helped to generate positive word-of-mouth and promotions during the current football season will allow it to connect directly with the target audience as a timely autumn film. Add in good reviews and appeal spreads across a wide age range. The studio scored a big hit this very weekend during the last presidential campaign with the Jerry Bruckheimer-produced Friday Night Lights which bowed to $20.3M. The Express may not rush that far, but with 2,808 theaters it could debut with around $15M.

Rob Brown as Ernie Davis in The Express

Sony unleashes the first true horror film of the Halloween season with Quarantine. The R-rated thriller about a group of people trapped inside an apartment building where a mysterious force of terror spreads will play to genre fans at a time when fright flicks are in demand. Two weeks clearance before the arrival of Saw V is all the time it needs to carve up the bulk of its business. With a TV news reporter filming the events, Quarantine has the look and feel of Cloverfield and is hoping to tap into that type of marketing. Starpower is not ample but scary trailers and commercials will be enough to pull in a solid number of older teens and young adults. Plus with no other horror films around, it will have its audience to itself. Locking itself into 2,461 theaters, Quarantine could deliver an opening of about $10M.

Two teens try to save the human race in the futuristic fantasy adventure City of Ember, the frame’s second PG-rated entry. The Fox release features Bill Murray and Tim Robbins as the most well-known cast members but is aimed at younger teens looking for some sci-fi action. Of course that combo didn’t work so well two years ago for the effects-heavy Zathura which starred Robbins and made just $28.2M overall. In fact, in the post-Hobbit world most fantasy films have struggled to find audiences in the U.S., even though results overseas have generally been much better. Even the latest Chronicles of Narnia film this summer ended up grossing less than half as much as its predecessor. Ember might connect with a core fan following, but overall it will be a tough sell. Plus the marketing push has not been too forceful. Entering the fewest locations among the new releases with 2,023 playdates, City of Ember could collect about $6M this weekend.

Bill Murray in City of Ember

Disney is hoping to hold onto its box office crown with the second weekend of Beverly Hills Chihuahua. The hit family pic has only mild competition this weekend and will have a better-than-usual Sunday thanks to many children having Columbus Day off. A 35% decline would leave the PG-rated entry with about $19M and a solid ten-day cume of $53M.

Eagle Eye has taken in a similar amount in its first ten days and looks to remain a relevant contender in its third session. The Paramount release may slip 35% to roughly $11.5M boosting the 17-day tally to $70M. Sony’s teen comedy Nick & Norah’s Infinite Playlist should fall harder and might drop by 45% this weekend. That would give the Michael Cera flick around $6M for a sum of $20M after ten days.

LAST YEAR: With a little help from Janet Jackson, Tyler Perry conquered the box office with his latest film Why Did I Get Married? which bowed to an impressive $21.4M and $10,618 average. The Lionsgate release went on to score $55.2M. Disney’s family comedy The Game Plan held up well after back-to-back weeks on top dropping 34% to $11M. Opening in third was Sony’s action drama We Own the Night which took in $10.8M followed closely by $10.4M for the nationwide expansion of George Clooney‘s Michael Clayton for Warner Bros. Final tallies reached $28.6M and $49M, respectively. Rounding out the top five was the Paramount comedy The Heartbreak Kid with $7.3M. Universal landed in sixth with the debut of its period sequel Elizabeth: The Golden Age which opened with just $6.2M leading to a disappointing $16.4M final. 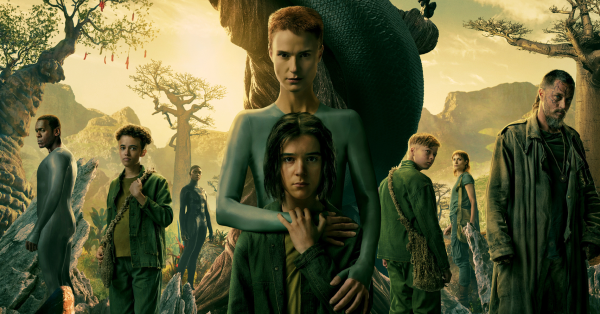 8 Things To Know About Raised By Wolves Season 2