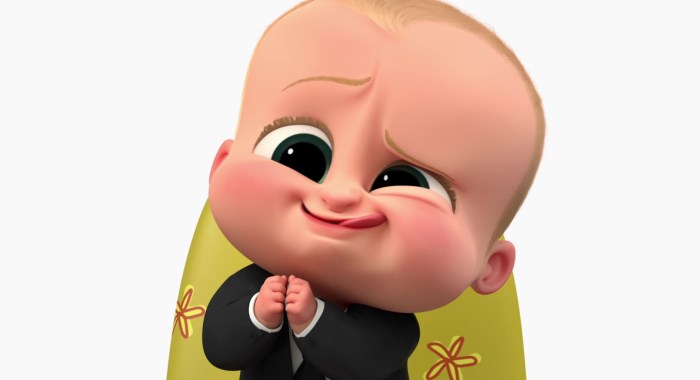 This weekend, in a close race for the number one spot, the new DreamWorks Animation comedy The Boss Baby edged out a victory over reigning champ Beauty and the Beast by opening impressively to an estimated $49M. The Fox release averaged a sturdy $12,987 from 3,773 locations and delivered the sixth biggest opening weekend ever for an animated film in the March-April corridor which is a prime period for kidpics because of Easter holidays.

Boss Baby earned mixed reviews and beat out expectations coming very close to the $52.1M bow of the animation studio’s Home from two years ago this same time of year. It finished its run with $177.4M. Voiced by Alec Baldwin who has gained prominence over the last six months for his portrayal of Donald Trump on Saturday Night Live, the PG-rated Baby earned a good A- CinemaScore grade and plans to take advantage of school holidays in the coming weeks to keep the cash coming in. Overseas markets have taken in $59M so far for a worldwide take of $108M.

Settling for second place in its third frame was the box office juggernaut Beauty and the Beast which grossed an estimated $47.5M. Looking at third weekend grosses for films not helped by the New Year’s Day holiday, Beast ranks third best all time after The Avengers and Jurassic World which each did roughly $55M during their summer runs. The Disney behemoth now stands at $395.5M climbing up to number 26 on the all-time domestic chart with a good shot at reaching $525M or more.

International markets brought in another $66.5M this weekend boosting the offshore total to $480.8M and the global gross to an eye-popping $876.3M. Belle should cross the $900M mark by Wednesday and then smash the billion dollar barrier before Easter.

Scarlett Johansson opened her new sci-fi entry Ghost in the Shell to an estimated $19M from 3,440 theaters for a $5,523 average. The PG-13 film came in with less than half of the $43.9M that the star’s Lucy generated on its opening weekend in 2014. Paramount saw a lot of competition in the marketplace going after the same action crowd. Reviews were mixed. Ghost also launched in 52 international markets this weekend collecting another $40.1M for a $59.1M global launch. It still has major markets China and Japan to come.

Suffering the biggest drop in the top ten was the brand-driven action pic Power Rangers which grossed an estimated $14.5M tumbling a sharp 64% from its debut frame. With $65.1M to date, Lionsgate looks to end its domestic run near the $90M mark.

Holding up well in its fourth weekend despite a crowded marketplace of competitors was Kong: Skull Island which slipped 40% to an estimated $8.8M. Warner Bros. has taken in $147.8M so far from North America. In China, Kong is now the studio’s highest grossing film of all-time with a stellar $124M contributing to a new overseas tally of $329.5M putting the global haul at $477.3M. It should crack the half-billion mark next weekend.

Hugh Jackman’s reported last turn as Wolverine followed as Logan dropped 40% to an estimated $6.2M for a new cume of $211.9M for Fox with global now up to $585.5M. Low budget thriller Get Out slipped 35% to an estimated $5.8M and boosted Universal’s amazing total to $156.9M which is a stunning 35 times its production cost.

Falling 55% in its second weekend was the sci-fi thriller Life which banked an estimated $5.6M putting the cume at just $22.4M. Collecting an estimated $4.1M was the comedy CHiPs which slipped 48% giving Warner Bros. $14.4M to date.

Rounding out the top ten was the new drama The Zookeeper’s Wife with an estimated $3.3M from 541 locations for a solid $6,190 average. The Jessica Chastain starrer earned mixed reviews for Focus but the audience of mature women have been more pleased than critics. It will add more theaters next weekend.