Blade Runner 2049 Buzz: Critics Are Raving About the Long-Awaited Sequel 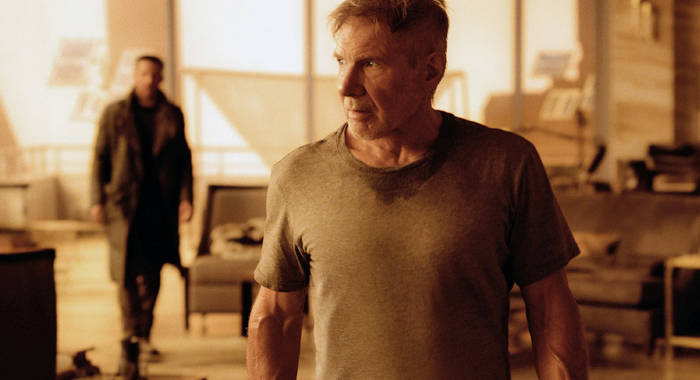 We’ve waited 35 years for the sequel to Blade Runner, the sci-fi classic starring Harrison Ford as a detective hunting rogue androids in the future. Blade Runner 2049 is finally arriving in theaters on October 6 (tickets are already on sale), with original director Ridley Scott producing, Arrival‘s Denis Villeneuve at the helm, and Ryan Gosling joining Ford on screen.

Reviews are still under embargo for now (will they top the original’s 90% Rotten Tomatoes score?), but critics have been given permission to share reactions on social media, and for the most part, they are very positive — regarding the Blade Runner legacy, Villeneuve’s direction, and especially Roger Deakins’s cinematography. Check out some of the remarks via Twitter below.

Blade Runner 2049 was one of the most mind-blowing films I’ve seen. It’s breathtaking and transportive. Denis Villeneuve has a masterpiece.
– Jenna Busch, Legion of Leia

Good news! Blade Runner 2049 is a terrific continuation and expansion of the original. Wasn’t hoping for much, ended up LOVING it. (Even Leto!).
– Jordan Hoffman, The Guardian

I saw Blade Runner 2049 a few days ago, and the more I think about it the more I love about it. Gorgeously directed. Sylvia Hoeks is AMAZING.
– Terri Schwartz, IGN Movies

Everyone bow down to Denis Villeneuve. He’s done the impossible and delivered a huge home run with Blade Runner 2049. Loved it. You do not have to have seen the original Blade Runner to watch Blade Runner 2049. But it will definitely make the film better if you have. Even if you have no interest in the film, the breathtaking cinematography by Roger Deakins is worth the price of admission. He’s a God.
– Steve Weintraub, Collider

I’ve seen Blade Runner 2049. I looks amazing, characters and performances are strong, stays true to the original but there are flaws.
– Simon Thompson, IGN Movies

Blade Runner 2049 is phenomenal. Visually mind-blowing sci-fi with noir roots shining through in a tight, twisty mystery. Best of 2017 so far. Denis Villeneuve is unquestionably one of the elite working directors and there’s no excuse if Deakins doesn’t win the Oscar.
– Eric Eisenberg, CinemaBlend

Blade Runner 2049 opens everywhere on October 6. Read all the reviews as they come in here.