Between You and Me, The Space Between Us Is a Dud

Plus, Rings wasn't screend for critics, 24: Legacy is a so-so reboot, and I am not Your Negro is Certified Fresh

This week at the movies, we have a coming-of-age story with an interplanetary twist (The Space Between Us, starring Asa Butterfield and Britt Robertson) and the latest lethal video in the Ring franchise (Rings, starring Matilda Lutz and Alex Roe). What are the critics saying? 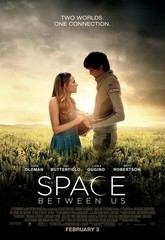 It’s been a rough few months for space romances. It was just a few weeks ago that Passengers failed to resonate with critics, and now The Space Between Us — which vacated its original December release date to make room for that picture — is also crash landing on the Tomatometer. Reviews describe this teen-focused drama, starring Asa Butterfield as a human boy raised on Mars whose journey to Earth sparks a potentially doomed romance, as overlong and overly melodramatic, with nowhere near enough narrative momentum to escape its storyline’s sudsy stumbles. (If you want to fall in love with a film that has sci-fi overtones this weekend, the acclaimed Arrival is now available on digital.) 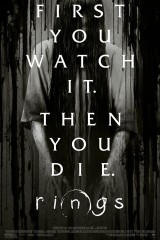 Fifteen years after Naomi Watts frantically fought to escape a freaky well-dwelling demon girl’s curse in The Ring, here comes the third installment in Hollywood’s take on the J-horror Ringu franchise. Rings brings the evil Samara back for more terror, and as before, we’re warned that “first you watch it, then you die.” Beyond that, we’re sadly unable to give you many details, because it wasn’t screened for critics — and you know what that means. Guess the Tomatometer!

Powerless has a strong premise leaving room for improvement — and strong performances from a talented cast — but the show’s initial spark is dimmed by uneven execution and a lack of laughs.

While Superior Donuts‘ talented cast impressively delivers, the annoying laugh track and stale jokes leave a hole in the middle of a crusty — albeit topical — narrative.

24: Legacy offers well-acted escapism, yet this reboot also inherits many of its predecessor’s flaws, and an early narrative rut signals a missed opportunity for reinvention.

Training Day falls short of recapturing the excellence of the film in its television incarnation — and fails to distinguish itself from the current squad of tired police procedurals.