The 20 Best Spanish-Language Shows on Netflix

Binge your way through these addictive football dramas, action-thrillers, sharp comedies, and murder mysteries from Mexico, Argentina, Colombia, and beyond. 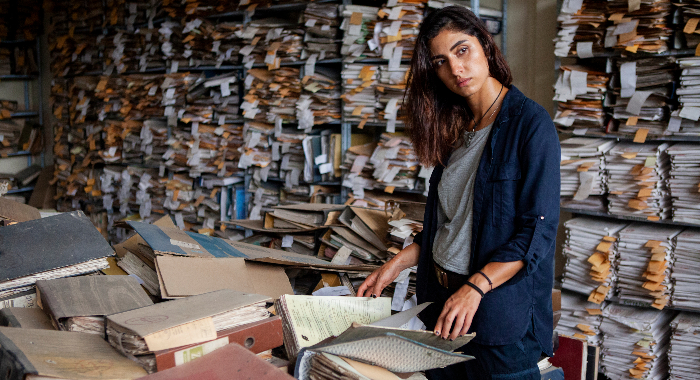 To really understand how much of a global brand Netflix prides itself on being, you need only look at its vast library of non–English-language programming. With originals and licensed shows from all over the globe, you could use the streaming platform to practice everything from French and German to Japanese and Korean. Which is to say, if you’re hoping to use Hispanic Heritage Month as a chance to brush up on your Spanish, or to explore the wide variety of Spanish-language content from all over the world available on the service, you won’t be disappointed.

Without further ado, we present the best Spanish-language shows to watch on Netflix right now. While many of our lists utilize Tomatometer scores, only a handful of Spanish-language series have enough reviews to earn Tomatometers, so we went with our editorial discretion, other reputable lists, Audience Scores, and reviews, when whittling down our selection. Whether you’re looking for erotic thrillers, swooning romantic tales, soccer dramas, or buzzy mysteries, you’ll find something to enjoy in the list below, which will take you all the way from the Amazon jungle to an eerie Argentine town, from a drag cabaret in Mexico all the way to a phone company in Madrid.

Got a favorite Spanish-language show on Netflix that didn’t make our top 20? Let us know in the comments. 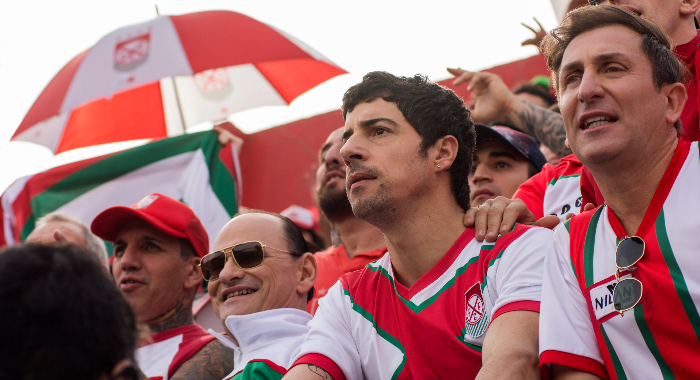 Tackling the impassioned and dangerous world of las barras bravas (soccer fan clubs) in Argentina, Puerta 7 follows Dolores Fonzi’s Diana, a cop intent on ridding this sporting side-hustle of the corruption and violence that she’s seen firsthand. Created by Martín Zimmerman and written by Patricio Vega (El lobista), this gritty crime drama unearths the dark underbelly of the country’s national pastime to deliver a gripping thriller intent on keeping you on the edge of your seat.

Apache: The Life of Carlos Tevez

Taking a decidedly different approach, Argentine soccer drama Apache: The Life of Carlos Tevez goes the biopic route. The Netflix series tells the origin story of Carlos Tevez, who went from growing up in the “Fuerte Apache” housing project, a site notorious for its violence, to becoming a world-renowned Boca Juniors soccer player. Focused on his younger years and his vexed relationship with his biological mother, the Balthazar Murillo-starring series is an ode to daydreaming kids everywhere.

Mauro Murillo (Alejandro Goic) built his reputation on being a fearless journalist who spoke to power during the Pinochet dictatorship. At age 50, divorced and spiraling, he now finds himself looking to solve the seemingly simple death of a fellow journalist – due to a “stray bullet,” ergo the show’s title – that he believes was orchestrated by high-powered men who had a lot to gain from squashing an ongoing investigation into their shady dealings.

When a risky (and illegal) gamble costs Carlos (Iván Álvarez de Araya) his job at an investment firm and lands him in prison, he’s forced to reassess his life. After serving his sentence he moves in with his father and brother, both of whom work as schoolteachers with the at-risk youth in their neighborhood. It’s they who urge Carlos to take a substitute teaching position that, as stories like these always go, ends up teaching him as much as he teaches those in his care. 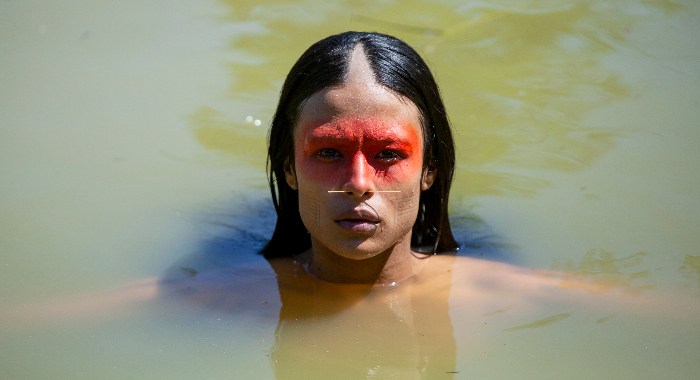 On the one hand, Green Frontier is a detective story: Deep in the Amazon rainforest, on the border between Colombia and Brazil, two lead investigators are looking into a string of mysterious murders. But on the other, this Colombian production is a mystic story about an indigenous secret at risk of being uncovered. These twinned plots collide when the body of a woman reported to have been missing for decades shows no signs of having aged or decayed at all. 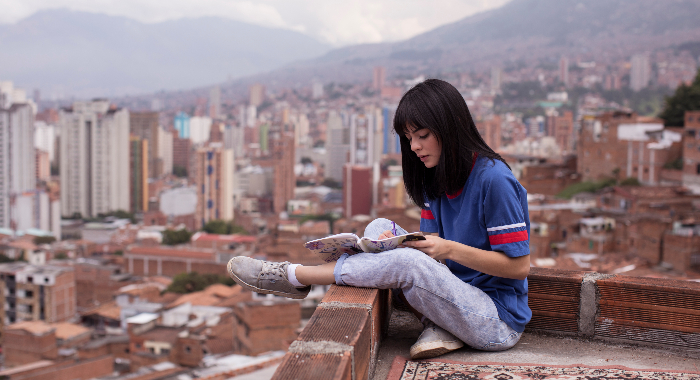 Set in Medellin within the soon-to-be booming world of reggaeton, The Queen of Flow centers on Yeimy (Carolina Ramírez), a talented singer and lyricist who finds her dreams dashed when she’s arrested and convicted for attempting to smuggle drugs into the U.S., the result of a setup by one of her closest collaborators. Close to two decades later, she finds her way back to Medellin seeking revenge and a new chance at stardom, all the while navigating dangerous enemies intent on thwarting her plans. 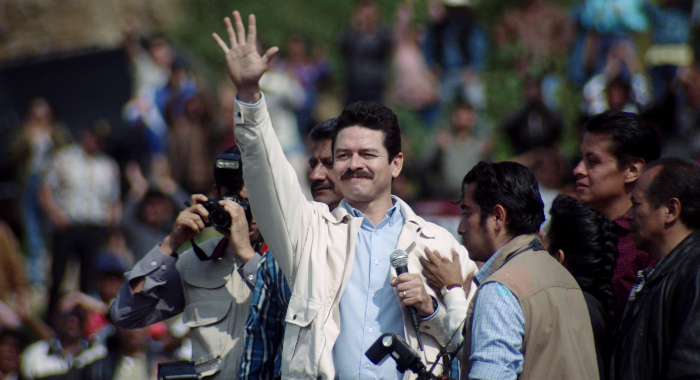 On March 23, 1994, Mexican presidential candidate Luis Donaldo Colosio was shot during a campaign rally. His shocking assassination, not to mention his killer’s public admission that he acted alone, have long fed plenty of rumors and conspiracy theories. Netflix’s true crime drama Crime Diaries: The Candidate fictionalizes this key moment in Mexico’s recent history. Directed by Hiromi Kamata and Natalia Beristain, the series follows a pair of detectives and Colosio’s widow as they try to get to the truth of what really happened that fateful day.

For those who’d grown up with Kate del Castillo as a telenovela queen, the arrival of La Reina del Sur in 2011 was a welcome shock. Here she was playing a young woman who goes on to become a ruthless drug trafficker known as “La Mexicana.” The gritty action-drama was a hit that was recently revived: In 2019, nearly a decade after it ended, the show was renewed for a second (and later third) season, which found Teresa being roped back into the world she thought she’d left behind.

Mexican musician LuisMi’s story was always going to make for an enjoyable television series — his rise to fame, after all, has all the hallmarks of a great biopic. A talented singer from a young age, his success has long been shadowed both by his alcoholic stage dad and the mysterious disappearance of his mother, elements that this Netflix and Telemundo musical drama tackles head on while showcasing El Sol de México’s most famous ’90s songs. 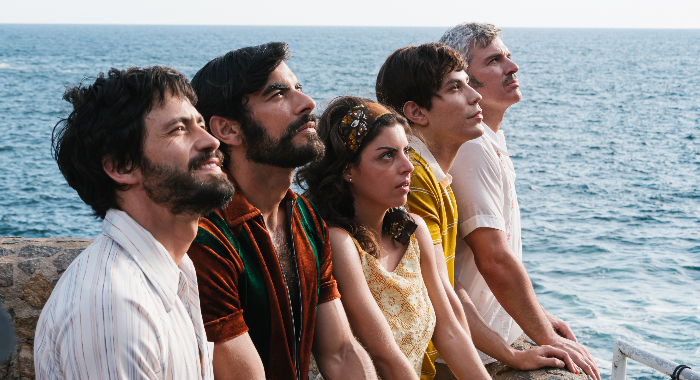 The House of Flowers

This queer reimagining of the telenovela genre makes sure to upend any and every trope that characterizes the Mexican genre. Starring (solely in its first season, alas) the legendary Verónica Castro, Manolo Caro’s colorful dramedy uses the wealthy De La Mora family to explore the hypocrisy of contemporary Mexican society. Taking place both in its titular flower shop and the drag bar with the same name, this Netflix comedy is as outrageous as it is heartwarming, ultimately emerging as an ode to a different kind of family during its three-season run. 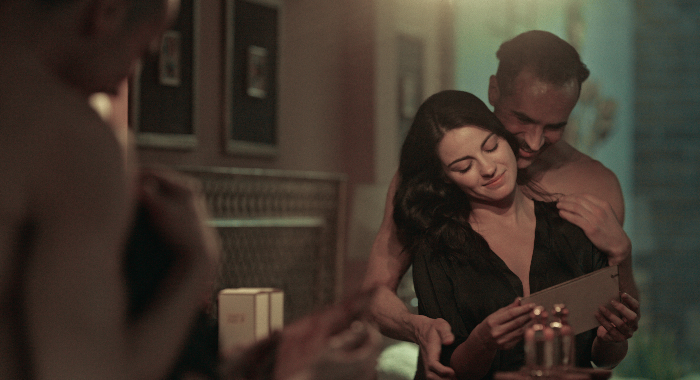 Taking its cues from shows like Twin Peaks and Eerie Indiana, this Argentine animated series takes place in a small town that, for all intents and purposes, is fictional. Except, how to account for the hours of presumably real-life radio broadcasts that tell of its fantastical and mysterious happenings? Enter into The Kirlian Frequency, your chance to relive these moody stories (paired with a DIY animated style) that are sure to keep you up at night.> 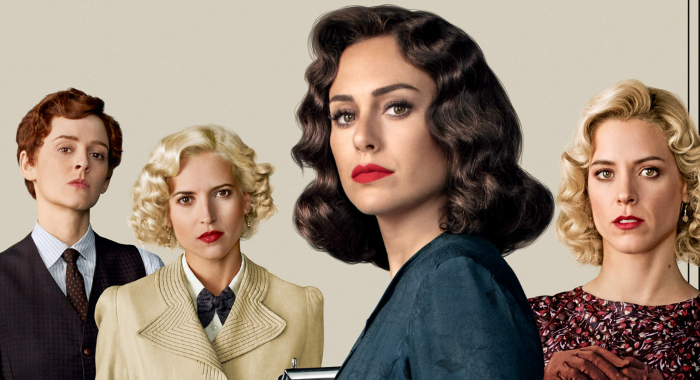 The very first Spanish original series produced by Netflix, Cable Girls is a period drama focused on four women who work at a telecommunications company in Madrid. Taking on the challenges facing working women in the late 1920s, Ramón Campos and Gema R. Neira’s show put feminist issues front and center during its five seasons, juggling melodramatic storylines about affairs and romances with increasingly political subplots that upped the stakes – some even involving the oncoming Spanish Civil War. 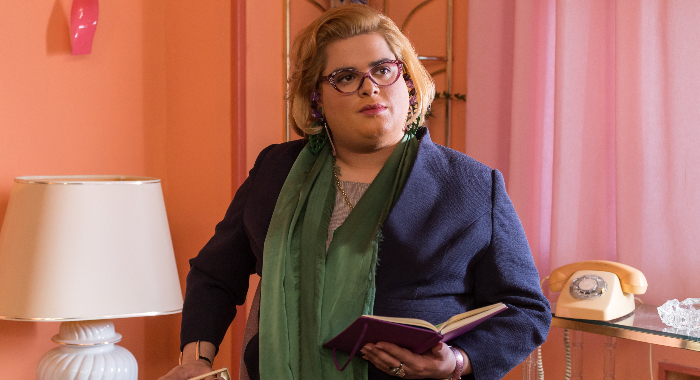 Created by the queer couple known as Los Javis (a.k.a. Javier Calvo and Javier Ambrossi), this irreverent comedy follows its titular protagonist, a washed-up talent agent played with a blond bob wig by actor Brays Efe, who struggles with keeping up with the changing times. Initially produced as a web series that slowly built a cult following before being acquired by Netflix (which greenlit two more seasons), Paquita Salas is a raucous comedy about staying true to yourself.

This sumptuous Spanish production set in the fashion world in the late 1950s is anchored by the kind of sweeping love story that feels, like its setting, a tad old-fashioned yet entirely modern at the same time. Ana (Paula Echevarría) is a lowly seamstress; Alberto (Sense8‘s Miguel Ángel Silvestre) is the dashing heir to his father’s fashion empire. Their romance held audiences captive for four seasons and even inspired a spin-off, Velvet Collection, set in Barcelona. 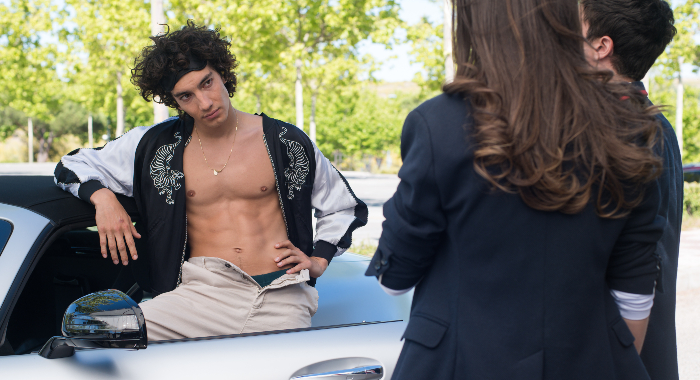 Framed around the police investigation of the murder of a classmate in a glitzy Spanish private school, Élite made every one of its protagonists – from those working-class newcomers to the snobbish mean girls – possible suspects. Staging, in turn, probing conversations around wealth inequality, religion, and sexuality, this Netflix original was an immediate must-binge phenomenon that has somehow managed to keep its thrills and surprises fresh even after it resolved its first season mystery with a hell of an ending. 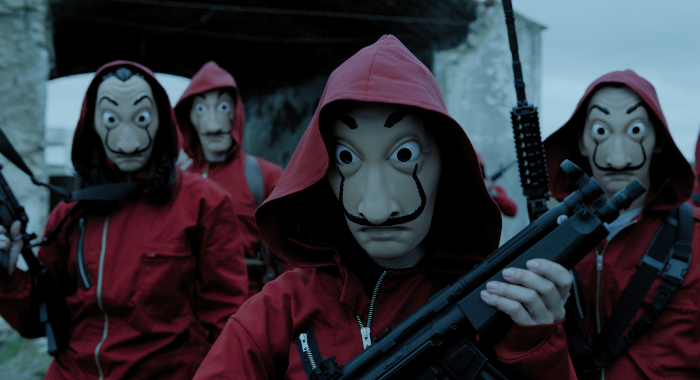 If “Money Heist” feels like an all too generic title, worry not, for Álex Pina’s Spanish drama is anything but generic. This timely heist is set in the Royal Mint of Spain, where an armed group of Dalí-masked anarchists are intent on printing and stealing €2.4 billion. As their hostage situation escalates, flashbacks flesh out the backstories of their heist and their code-named personas. Each subsequent season may have upped the stakes of this Antena 3-turned-Netflix series, but it’s kept its high-octane thrills intact.

Prison dramas – from Ozand Prison Break to Orange is the New Black and Vis a vis – have long been staples of gritty, prestige TV. So it’s no surprise Argentina’s El marginal would strike gold. With its former-cop-goes-undercover-to-infiltrate-a-prison-gang premise during its first season, this Juan Minujín-starrer offered a high octane (and quite bloody) ride centered on a kidnapping plot that kept audiences on the edge of their seats. With its subsequent seasons, which have flashed back to give backstories on the various gangs that have strongholds on the San Onofre prison, El marginal has expanded its world, kept its storylines fresh and proven itself to be a binge-worthy watch. 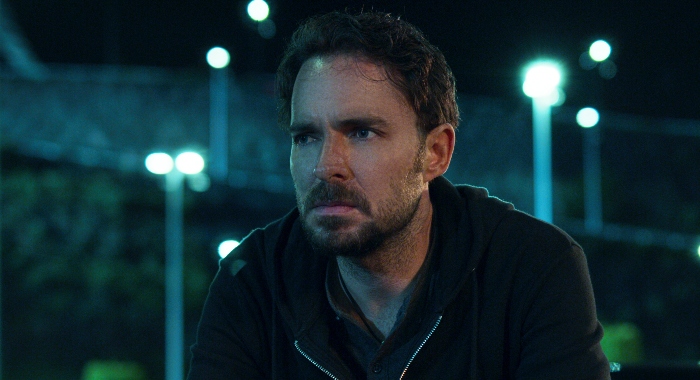 The question at the heart of this buzzy Netflix series immediately alerts you to what kind of show you’re set to be obsessed with. It’s been 18 years and Álex Guzmán (Manolo Cardona) is finally free. He’s served his prison sentence and, despite having been framed for the murder of his sister Sara, he’s now intent on finding the real culprit behind her death. Oh, and seeking revenge, of course – all while finding himself attracted to a woman whose family wronged him all those years ago. The twists and turns in this Mexican drama are fast and furious, keeping you guessing all the way through its every thrilling episode. 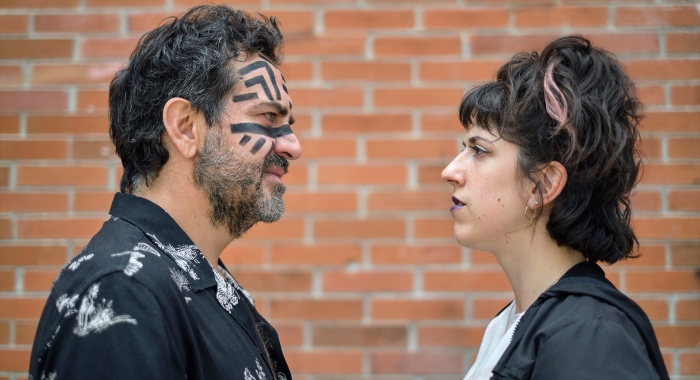 Everything Will Be Fine

Ruy (Flavio Medina) and Julia (Lucía Uribe Bracho) are separated. It’s clear their years together have brought them joys (and a daughter, in turn). But that time is long past them. Only, instead of breaking up their household, the two have opted to stay together. As in, they both continue to live under one roof and pretend, as much as they can, to still be a couple – for their daughter’s sake. Created and directed by Diego Luna, this satirical marital dramedy may not break new ground with its premise, but its leads are so winsome and charming that you can’t help but be won over.