Beebo, the Black Hood, Rick Grimes, and More of Our Favorite Comics–on–TV Moments of 2018

DC's Legends of Tomorrow, Riverdale, The Walking Dead, Titans, and Marvel's Daredevil offered a few of the best moments from comic book–based TV this year. 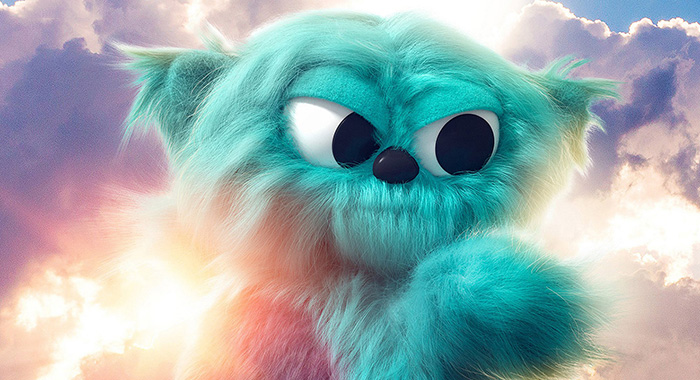 Comic book television had another stellar year in 2018, with shows like Chilling Adventures of Sabrina joining returning programs like Arrow, Preacher, and the since-cancelled Marvel shows on Netflix. The sudden departures of Daredevil, Luke Cage, and Iron Fist also marked a time of change as The Walking Dead’s lead actor said goodbye (sort of) and cable outlets and streaming services scooped up Deadly Class, The Umbrella Academy, and The Boys for a 2019 filled with shows not based on Marvel or DC superheroes. Granted, the DC Universe streaming service will make sure plenty of new superheroes make their way to TV in the coming year.

But before the new year arrives, let’s look back at some of our favorite moments in comic book television in 2018.

The Walking Dead‘s Rick Grimes Blows Up His Alexandra Bridge


Perhaps more memorable for the the publicity around it, Rick’s (Andrew Lincoln) decision to blow up the bridge he spent most of his time in The Walking Dead’s ninth season was a defining moment for the character and the series as a whole. For Rick, it was the ultimate act of sacrifice in order to save everyone he loved. And consider the time-jump after the explosion, he definitely experienced a thematic death if not the true death AMC teased when it decided to let fans known Lincoln was leaving the show.

Someday, Rick’s decision will be remembered for its impact on the story, but in 2018, the scene was more about Lincoln’s departure and AMC’s announcement that both he and Rick would return in a Walking Dead spinoff TV movie. Making the scene and the announcement interlinked was the decision to reveal Rick’s new status on Talking Dead immediately after Lincoln’s final episode aired. Some viewers were left feeling like a bait-and-switch had occurred, but it indicated the network’s ambition for the world of Walkers, survivors and even Rick himself.

It is nonetheless a rare sort of media circus for a television show based on a comic book and, therefore, memorable. 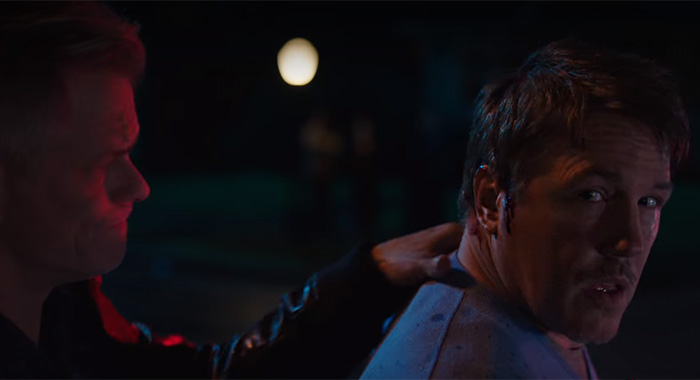 When the Black Hood was first unmasked as Riverdale High School janitor Joseph Svenson (Cameron McDonald) in season 2, episode 9, it thudded across the screen. The character was only introduced two episodes prior and, as star K.J. Apa pointed out when we visited the Riverdale set in November, Svenson’s eyes were not the color he saw when the Black Hood began his spree at Pop’s Chock’lit Shoppe. And though showrunner Roberto Aguirre-Sacasa promised the show was moving on to a new mystery, the apparent solution to the Black Hood case never felt right.

And, of course, it wasn’t. After a month or two of dormancy, the Black Hood reappeared during the school’s production of Carrie: The Musical, killing Midge Klump (Emilija Baranac) and stringing up her body on the set as a calling card. The chase for him resumed as the tensions between the Ghoulies and the Serpents reached the breaking point. And then, in “Chapter Thirty-Four: Judgment Night” that aired in May, Betty (Lili Reinhart) went home to discover the Black Hood was her own father Hal Cooper (Lochlyn Munro).

The scene, in which Hal forces Alice (Madchen Amick) and Betty to watch a home movie of his mother teaching him about the corruption of the world, tied everything together. Becoming an avenging angel ran in the family. Setting up a patsy also seemed to be a tradition among the Coopers, as Hal revealed that he convinced Svenson to take the fall as the Black Hood. Considering Hal’s ties to the Blossom clan, this turn of events also felt thematically consistent.

His plan to finish off his own family failed, leaving Hal in a Silence of the Lambs–style jail cell. But the revelation of the Black Hood also left a profound effect on Betty, especially when Hal claimed she contained the same darkness. After all, she handed the phony Chic (Hart Denton) over to him to be disposed of a few episodes earlier and then there’s also Dark Betty to consider. As it happens, we’ve yet to see Dark Betty in season 3. Or Hal for that matter. Maybe he will impart some key lesson to help his daughter before the current season ends.

If you haven’t watched all of DC Universe’s Titans, we suggest getting through the end credits of episode 11 to see what is arguably the most surprising and compelling stinger scene this year. With Dick Grayson (Brenton Thwaites) still in the thrall of Trigon (Seamus Dever), the season ends on a dark note. But it almost immediately offers hope in the form of a disquiet Cadmus lab and a muscular young man with Superman’s S-Shield tattooed on his shoulder. It is clear he has escaped from his containment cell and that he’s taking a dog with him.

Fans of the DC Comics characters will recognize the scene from the first appearance of the Superboy introduced after the 1992 “Death of Superman” storyline. In subsequent years, he came to be known as Connor Kent and served a long tenure in the Young Justice team and with a new generation of the Teen Titans. He subsequently disappeared from DC continuity during a legal battle with the family of Superboy creator Jerry Siegel. But when the dust settled, his absence became a major plot point of the Titans comic book.

To see him suddenly appear in the Titans television show was a genuine shock. The program kept the characters’ powers more contained despite references to both Wonder Woman and Superman sprinkled throughout its first season. Also, Connor is not a mainstream character despite his role on the Young Justice animated series. But perhaps more crucially, he is not a member of the team Titans centers on. Nonetheless, it proved to be a magical moment suggesting Titans second season will branch out in new, startling directions. Well, once Dick frees himself from Trigon, of course.

In a season filled with incredible moments, Daredevil’s third season prison riot will likely stand as the hallway fight subsequent Marvel shows will have to beat. Granted, only the remaining seasons of Jessica Jones and The Punisher will have that chance. Starting with Matt Murdoch (Charlie Cox) completely off his footing, the sequence opens as the sloppiest of hallway fights. Even the orderlies — hired goons on Wilson Fisk’s (Vincent D’Onofrio) payroll — seem ill-equipped for the challenge. The humor subsides once Matt finds his way to the Albanian crime lord Fisk put behind bars.

Here, in a brief moment of dialogue, Matt learns Fisk arranged to have himself shivved so his appeal to the FBI would seem more convincing. Following this revelation, Matt and one of the Albanians make their way through a complete prison riot, dodging inmates and guards as Matt tries to reach the outer gate and the cab which has been patiently waiting for him the whole time. Though constructed in several pieces, the finished sequence appears to be a single 12-minute take with no cutaways. It illustrates the confidence the show found in its third year; which also informs the subsequent Matt/Dex fight in Episode 6 and the way Fisk learns about Dex (Wilson Bethel) while sitting in his hotel suite. It was, in short, the hallway fight perfected.

Which makes it all the sadder that Daredevil will never have the chance to top it.

When Cuddle Me Beebo was introduced in a 2017 episode of DC’s Legends of Tomorrow, it seemed so unlikely that the parody of must-have holiday toys like Tickle Me Elmo, Furby, and Teddy Ruxpin would become a recurring element of the show’s mythology. But by May 2018, Legends had such confidence that it could use Beebo as the resolution of its season-long plot.

Throughout the year, the Legends were tasked with obtaining a series of magical totems in order to keep the demon Mallus (John Noble) from returning to conventional time and space. But obtaining the totems would not be enough. As each selected a bearer — Mick Rory (Dominic Purcell) received the Fire Totem, while the Death Totem chose Sara Lance (Caity Lotz) — it became more and more obvious that the often cantankerous Legends would have to work in concert to fight Mallus. After trying time and again to become something like the Voltron force, the group finally realized they could only defeat Mallus with a symbol of purity and joy, conjuring a giant version of the Beebo toy to use some mad kung-fu moves on the demon.

The scene is just absolute madness and the least likely thing a viewer would expect to see on broadcast television: an ersatz Muppet fighting a CGI demon. To watch it out of context has nearly the same effect in context; it is absolutely cheesy, but Legends lost its fear of corny, silly images long ago.

But then again, comics can and will be cheesy. Sometimes that’s the charm, and Legends brilliantly captured the thrill of seeing something completely silly paying off a long-teased conflict. And in a TV landscape full of serious images, a goofy thing winning the day is an admirable choice.

Of course, these are just a handful of moments from a year more stuffed with comic book-based content than ever before. And as the will to bring these ideas from the page to screen gains more and more confidence, we expect 2019 to have even more amazing moments.

Tell us about your favorite Comics-on-TV moment in the comments.