This week’s Ketchup brings you more headlines from the world of film development news, covering such titles as Furiosa, Garfield, and Gran Turismo.

BENEDICT CUMBERBATCH TO STAR IN MEDIEVAL EPIC THE HOOD 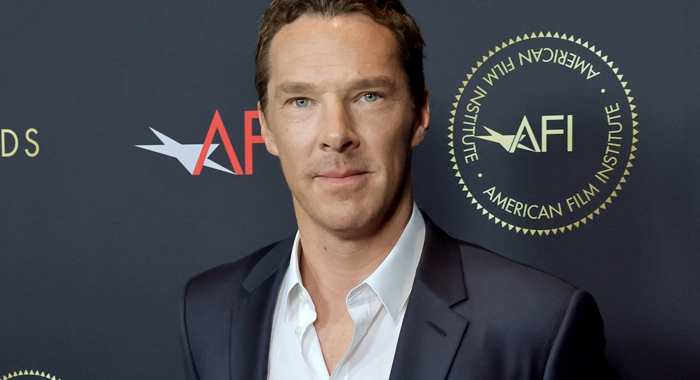 The legend of Robin Hood has inspired a legacy of dozens of films and TV shows, including Errol Flynn’s The Adventures of Robin Hood (Certified Fresh at 100%), Disney’s animated Robin Hood (Rotten at 55%), Kevin Costner’s Robin Hood: Prince of Thieves (Rotten at 51%), and Ridley Scott’s Robin Hood (Rotten at 43%) starring Russell Crowe. Now, director Paul Greengrass (Captain Phillips, The Bourne Ultimatum) is developing a historical drama called The Hood, which will depict the events of the Peasants’ Revolt in England in 1381. Benedict Cumberbatch is set to follow up his starring role in Doctor Strange in the Multiverse of Madness (Fresh at 74%) with the lead role in The Hood, who is described as “a farmer who becomes the leader of the revolt,” which suggests he might be playing Wat Tyler, who led the rebellion against the forces of King Richard II (a different King Richard than the one often depicted in Robin Hood adaptations). Cumberbatch is currently filming Wes Anderson’s Roald Dahl short story adaptation The Wonderful Story of Henry Sugar as the title character. It is not yet known when Cumberbatch will next appear in the MCU as Doctor Strange.

Following South Korean director Bong Joon-ho’s record breaking Academy Awards wins (Best Picture, Best Director, Best Original Screenplay, and Best International Feature Film) for 2019’s Parasite (Certified Fresh at 98%), his next feature film is highly anticipated. Bong’s next film will be an adaptation of the upcoming Edward Ashton novel Mickey7, starring Robert Pattinson as a man in the future who is sent on a dangerous mission, using a series of clones to replace him when his work kills him. Bong and Warner Bros. are now in negotiations with Toni Collette and Mark Ruffalo for unknown roles, while Naomi Ackie has already signed for a role. Bong Joon-ho adapted the screenplay and is both producing and directing the (not yet titled) Mickey7 project for Warner Bros. HBO Max is also continuing to develop a Parasite limited series, which Tilda Swinton is confirmed to be starring in, and which Ruffalo was “eyed” to star in 2020, but hasn’t officially been announced yet.

Although it lost the Academy Award for Best Picture to Tom McCarthy’s Spotlight (Certified Fresh at 97%), director George Miller’s post-apocalyptic chase thriller Mad Max: Fury Road (Certified Fresh at 97%) a few years later was frequently cited by film critics as one of the best films of the 2010s. The Academy did not nominate composer Tom Holkenborg, aka Junkie XL, for his work on Mad Max: Fury Road, but he did receive many other nominations and awards. Miller either has begun or is about to begin filming the prequel Furiosa, with Anya Taylor-Joy taking over the title character from Charlize Theron, along with Chris Hemsworth as the villain. At Cannes for his next film, Three Thousand Years of Longing (Fresh at 64%) this week, he confirmed that Tom Holkenborg will be returning as composer for the score of Furiosa (after also composing the score for Three Thousand Years of Longing).

Last year, West Side Story star Rita Moreno co-starred in Steven Spielberg’s remake (Certified Fresh at 91%), with Ariana DeBose eventually winning the same Academy Award for Best Supporting Actress that helped Moreno earn her EGOT. Now 90, Moreno has joined the cast of the upcoming action thriller sequel Fast X (5/19/2023) as the grandmother of franchise starring characters Dominic Toretto (Vin Diesel) and his sister Mia Toretto (Jordana Brewster), as well as Jakob Toretto (John Cena). Diesel, Michelle Rodriguez, and Moreno announced the casting from the currently filming Fast X sets via Instagram. This news came just a few days after the confirmation that Scott Eastwood, who co-starred in 2017’s Fate of the Furious, will be returning to the franchise in Fast X. Other members of the ensemble will include Nathalie Emmanuel, Tyrese Gibson, Sung Kang, Brie Larson, Ludacris, Daniela Melchior, Jason Momoa, and Charlize Theron.

Following the $400 million global box office success of Uncharted (Rotten at 41%), Sony Pictures is continuing to bet big on future video game adaptations (along with Universal, which has the animated Mario Bros; Paramount, the studio behind Sonic the Hedgehog; and Warner Bros. with Minecraft). This week, Sony Pictures confirmed that the studio is now developing a live-action feature film based on the long-running racing video game series Gran Turismo. The Gran Turismo games play more like a racing simulator than a narrative game with characters, so the film will be free to invent its own characters. South African sci-fi director Neill Blomkamp (District 9, Chappie) is reportedly being eyed by Sony to direct Gran Turismo, which joins a Sony Pictures development slate that also includes an adaptation of the historical samurai adventure Ghost of Tsushima and TV adaptations of The Last of Us (HBO Max) and Twisted Metal (Peacock).

5. ELVIS SOUNDTRACK TO INCLUDE SONGS BY ENINEM, MANESKIN, AND OTHER SURPRISES

One might be quick to guess that the soundtrack for the upcoming Elvis Presley biopic Elvis (6/24/2022) would mostly consist of songs by its subject. Director Baz Luhrmann, however made the surprising choice to fill the soundtrack with not just Elvis Presley songs, but also over 20 other performers, many of whom are singing songs by 20th century musicians they’re portraying in the film. That group includes Gary Clark Jr. (as Arthur “Bigboy” Crudup), Shonka Dukereh (Big Mama Thornton), Alton Mason (as Little Richard), Yola (as Sister Rosetta Thorpe), and The Power of the Dog star Kodi Smith-McPhee (as Jimmie Rodgers). That said, there are other surprising performers listed on the soundtrack who are expected to be singing new original songs, including Eninem & Ceelo Green, Doja Cat, Chris Isaak, Kasey Musgraves, Stevie Nicks, Jack White, and last year’s Eurovision Song Contest winners, Maneskin.

Following her Academy Award win back in March for Best Actress for The Eyes of Tammy Faye (Fresh at 68%), we learned this week that Jessica Chastain has already wrapped filming of her first post-Oscar film, a drama called Memory. The premise of Memory is being kept secret, except that it revolves around a “New York City staycation.” Chastain’s co-stars include Peter Sarsgaard (The Batman, An Education) in a co-leading role and Josh Charles, Elsie Fisher, Merritt Wever, and 1970s “scream queen” Jessica Harper (Suspiria, Phantom of the Paradise). Memory will also be the second English-language film from Mexican director Michel Franco (New Order, Fresh at 68%).

7. JEREMY RENNER TO INVESTIGATE THE OPIOID CRISIS IN JOURNALIST BIOPIC

With no current indication as to when Jeremy Renner’s Hawkeye might return to the MCU, the veteran actor now appears to have a lot more time available for other projects than he did when he was in the midst of long Marvel shoots. Renner is now attached to star in an untitled drama as Pulitzer Prize-winning journalist David Armstrong, who ” who helped blow the lid off the Sackler family and Purdue Pharma’s role in the rampant spread of the highly addictive painkiller OxyContin.” The OxyContin opioid crisis is also the subject of the recent Hulu limited series Dopesick (Fresh at 88%), starring Michael Keaton, Peter Sarsgaard, and Rosario Dawson. The untitled David Armstrong drama will be directed by the husband-and-wife team of Aron Gaudet and Gita Pullapilly (Queenpins).

Periods of drastic social change often lead to both reflective trends and direct references in cinema, though we may still be too close to the COVID-19 pandemic to be able to see its impact. The latter might be the case for a new thriller called Rich Flu, about a world in which “a strange disease begins killing off the super-rich,” leading to people with less money than the billionaires and multi-millionaires racing to sell off their assets to avoid being targeted. Rosamund Pike (Gone Girl) has been attached to star in Rich Flu for a while now, and this week she was joined by Macaulay Culkin (Home Alone, Uncle Buck) and Daniel Brühl (Rush, Captain America: Civil War). Rich Flu could be seen as something of a comeback project for Macaulay Culkin, who has only had a few minor roles in the last 15 years, and who has instead been focusing on his Bunny Ears podcast. Rich Flu will be directed by Galder Gaztelu-Urrutia (The Platform), and is being produced by the production company of director Pablo Larrain (Spencer, Jackie).

9. GARFIELD WILL BE AN MCU REUNION FOR SAMUEL L. JACKSON AND CHRIS PRATT

Last November, we learned that Chris Pratt will be taking over the voice of Garfield in an animated feature film, stepping into the role as the lasagna-loving cat previously voiced in two films by Bill Murray (Garfield: The Movie and Garfield: A Tail of Two Kitties). The second voice actor to be cast is Samuel L. Jackson, who will be voicing Garfield’s father Vic, who is a new character. Garfield will be directed by Mark Dindal (Chicken Little) from a screenplay by David Reynolds (Finding Nemo); the two previously worked together on The Emperor’s New Groove. Chris Pratt will also soon be heard voicing Mario in the upcoming untitled Mario Bros. animated feature (4/7/2023).