What happens when renowned British actor Benedict Cumberbatch becomes his own worst enemy? A character battle of epic proportions.

by Debbie Day and Rosemarie Alejandrino | May 4, 2018 | Comments 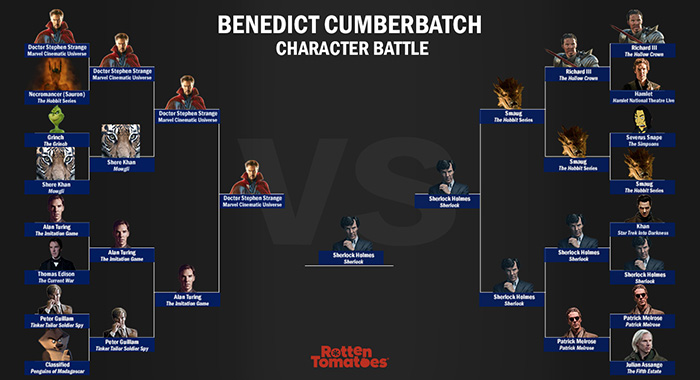 In a harrowing final contest that was neck-and-neck all the way through, Sherlock Holmes of Masterpiece series Sherlock wins by a hair! With 6,740 votes cast, Sherlock prevailed by only 41 votes over Avengers: Infinity War’s magical MVP.