Annabelle: Creation Is a Potent Prequel

Plus, The Glass Castle is a bumpy biopic , critics aren't down with Nutty by Nature, and Mr. Mercedes Season 1 is Certified Fresh.

This weekend at the movies, we’ve got an origin story for an evil toy (Annabelle: Creation, starring Anthony LaPaglia and Miranda Otto), an adaptation of an incredible memoir (The Glass Castle, starring Brie Larson and Woody Harrelson), and a squirrel fighting City Hall (The Nut Job 2: Nutty by Nature, featuring the voices of Will Arnett and Katherine Heigl). What are the critics saying? 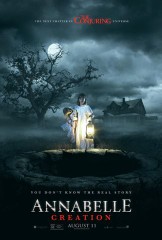 For filmgoers old enough to remember the days of regularly issued Friday the 13th and Nightmare on Elm Street sequels, the idea of a horror franchise that retains its spine-tingling effectiveness as it goes along — to say nothing of actually improving — might sound more than a little absurd. There’s an exception to every rule, however, and the spookily consistent Conjuring series seems ready to keep making bumps in the night (and at the box office) for the foreseeable future: while 2014’s Annabelle spinoff failed to resonate with critics, it scared up enough ticket receipts to warrant a sequel — and as reviews for this weekend’s Annabelle: Creation attest, this is one creepy-looking doll who’s far from finished making filmgoers scream. Critics say this prequel story doesn’t do much audiences haven’t seen before, but for once, the old genre tropes are trotted out in service of a well-told story whose effective scares are bolstered by strong atmosphere and acting. Grab a few friends and get ready for a solidly undemanding horror outing — and maybe plan on sleeping with the lights on for a few nights too. 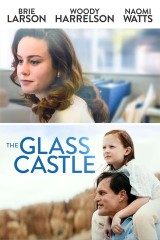 For those in search of a sadly more realistic brand of horror this weekend, there’s The Glass Castle, which reunites director Destin Daniel Cretton with his Short Term 12 star Brie Larson in a dramatization of author Jeannette Walls’ bestselling autobiography. Starring Larson as Walls opposite Woody Harrelson and Naomi Watts as the mother and father of the family, Castle details the peripatetic lifestyle and abject poverty in which the four Walls children grew up, as well as their painful path to adult independence from their dysfunctional parents. It’s undeniably compelling material for a memoir, let alone a screen adaptation; unfortunately, critics say The Glass Castle doesn’t quite do it justice, setting out to split the difference between harrowing and heartwarming and failing to fully hit either mark. Still, there’s a tremendous cast here, united in service of one heck of a real-life story, and Castle‘s stronger elements aren’t always overpowered by its flaws. If you’re in the mood for adult drama or in need of a good cry, this just might hit the spot. 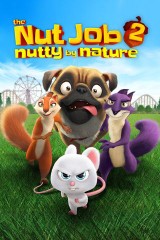 Much of the time, being a movie critic seems like a pretty sweet gig: You get to see the big films before everyone else, you’re being paid to do something most people do for fun, and if you’re lucky and/or talented enough to reach an audience, you enjoy a certain measure of cultural gatekeeper status. There’s a downside to everything, however, and for many film critics, it takes the shape of releases like The Nut Job 2: Nutty by Nature. A follow-up to the 2014 original — which amassed a grim 10 percent on the Tomatometer but raked in more than $120 million worldwide — this installment reunites members of the voice cast (including Will Arnett and Katherine Heigl) for another colorfully animated adventure about talking critters facing a crisis. Will Surly and the gang be able to foil the mayor’s plan to turn their home into an amusement park? We’re pretty sure you can guess how it’ll all turn out, just as you could have predicted critics wouldn’t exactly be enthused about having to turn out for a Nut Job sequel. Like a lot of poorly reviewed cartoons, Nutty by Nature should prove reasonably diverting for the youngest audience members, but there’s no shortage of clearly superior alternative options.