Since its stellar start back in 2013, the Conjuring Universe has been a bumpy ride with critics. Even the Annabelle spin-offs have been met with a mix of positive and negative reviews. Now the third of that specific series, Annabelle Comes Home (the seventh in the overall cinematic universe), is itself garnering a mixture of responses. Some think its variety of monsters make for a fun outing, while others see the concept as too gimmicky and not scary enough for this brand of horror movie. One thing all seem to agree on, though, is that it’s full of more franchise fodder.

Here’s what critics are saying about Annabelle Comes Home:

How does it fit into the Conjuring Universe?

A breath of fresh air for the Conjuring Universe that both surprises with a lighter touch and demonstrates the incredible potential for the expanding continuity.
– Eric Eisenberg, CinemaBlend

Annabelle Comes Home is textured differently than the other films in the Conjuring Universe, yet it fits comfortably right into the legacy.
– Courtney Howard, Fresh Fiction

Cheekily reflects the drive-in popcorn thrillers from the period in which the movie is set more than it does the other films in the series.
– Oliver Jones, Observer

It’s a mix of high points and low points, much like the overall series itself.
– Rafer Guzman, Newsday

Despite being a perfectly fine addition to the series, Annabelle Comes Home is just not as inventive or creepy or even scary as some of the other Conjuring films.
– Edward Douglas, The Beat 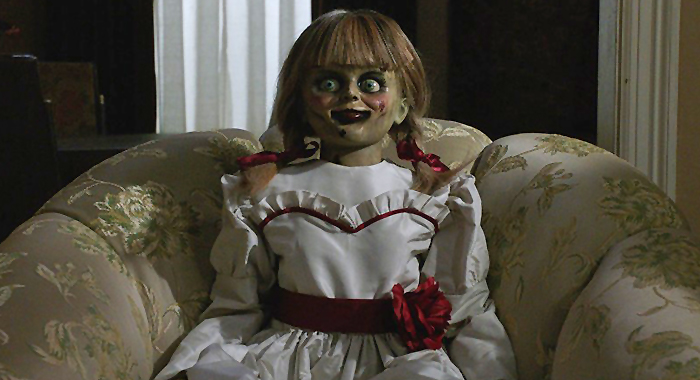 How does it compare to the other Annabelle movies?

Annabelle Comes Home cements the Annabelle trilogy as a rare series that gets better with every installment.
– Eric Eisenberg, CinemaBlend

Maybe the most hyper and generic.
– Owen Gleiberman, Variety

If Annabelle Comes Home should be the last Annabelle-centric film in the series, it feels like a perfect final chapter.
– Juliet Bennett Rylah, IGN Movies

Is there too much to this installment?

It felt a lot like Scooby-Doo: Monsters Unleashed.. Whatever you’re creeped out by, Annabelle Comes Home has got you covered.
– Patrick Cavanaugh, The Wolfman Cometh

If the Conjuring franchise has run low on original methods of making ghosts jump-out-of-your-seat scary, then Dauberman has found a workaround in diversity.
– Andy Crump, Paste Magazine

Starts to feel like a stack of random ideas.
– Rafer Guzman, Newsday 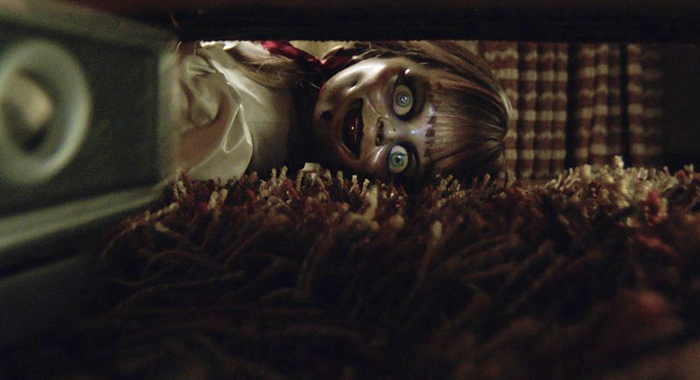 Does it just feel like it’s made to introduce more spin-offs?

It kind of feels like we are getting a preview of what the next handful of films in the Conjuring Universe will be.
– Alyse Wax, ComingSoon.net

There are more than a couple of evil entities featured that could eventually generate their own special branch of the Conjuring Universe.
– Eric Eisenberg, CinemaBlend

Any favorites that could be spawned next?

I would bet money on either The Ferryman, The Wedding Dress or The Black Shuck getting a green light in coming weeks.
– Benjamin Lee, Guardian

[Of] the new potential franchise spin-offs… by far the ferryman seems the most fleshed out of the line-up. He also had the best scares.
– Joelle Monique, Geeks of Color

They’re all worthy of their own spin-offs.
– William Bibbiani, Bloody Disgusting

The best moments in this low-key domestic horror film have a tossed-off quality, like the whole production cycle was a fun weekend for everybody.
– Darren Franich, Entertainment Weekly 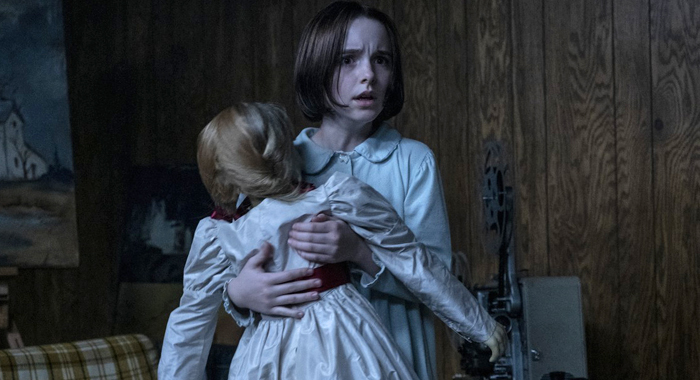 But is it also scary enough?

While previous chapters have taken sharper aim at generating nightmares, this is a horror movie particularly aimed at audiences who have fun being scared by horror movies.
– Eric Eisenberg, CinemaBlend

The body count may be low but the peril is extreme.
– William Bibbiani, Bloody Disgusting

What constantly amazes me about these movies is how the franchise still finds new ways to scare and freak you out.
– Edward Douglas, The Beat

The thrills and shocks gradually become repetitive, as the writer-director recycles his own material.
– Justin Lowe, Hollywood Reporter

The fake scares in Annabelle Comes Home are scarier than the real scares.
– Owen Gleiberman, Variety

The scariest thing about Annabelle Comes Home is that despite its utter emptiness, more sequels, prequels and spin-offs will follow regardless.
– Benjamin Lee, Guardian

How does franchise writer Gary Dauberman do in his directorial debut?

He did a great job. He has lived in the Conjuring Universe for so long, he really knew the characters, the story, and what audiences want.
– Alyse Wax, ComingSoon.net

First time director Gary Dauberman, who also wrote not only this movie but also The Nun, shows a lot of promise.
– Joelle Monique, Geeks of Color

An exciting debut for a first-time director… an impressive debut.
– Eric Eisenberg, CinemaBlend 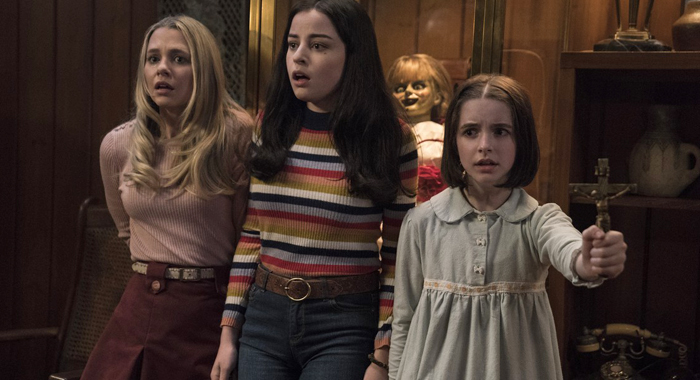 Are there any breakout cast members?

Mckenna Grace, terrific as a loner kid whose budding skills as a clairvoyant mirror her mother’s, is the one actor who stands out.
– Oliver Jones, Observer

McKenna Grace is probably the strongest of the young cast… though none of them are able to sell the scares as previous actors we’ve seen in these movies.
– Edward Douglas, The Beat

What does the movie get right?

What’s most effective… [are] the layered characters to which we grow attached. Otherwise, the frights would be meaningless.
– Courtney Howard, Fresh Fiction

What makes this Annabelle film such a delight is that, even without the scares, it’s incredibly charming… as opposed to other installments attempting to terrify you to your bones.
– Patrick Cavanaugh, The Wolfman Cometh

Despite its R rating, the most endearing thing about Annabelle Comes Home is that it’s nearly a kid-friendly Conjuring spin-off, a Goosebumps-y saga about the worst babysitting gig ever.
– Darren Franich, Entertainment Weekly 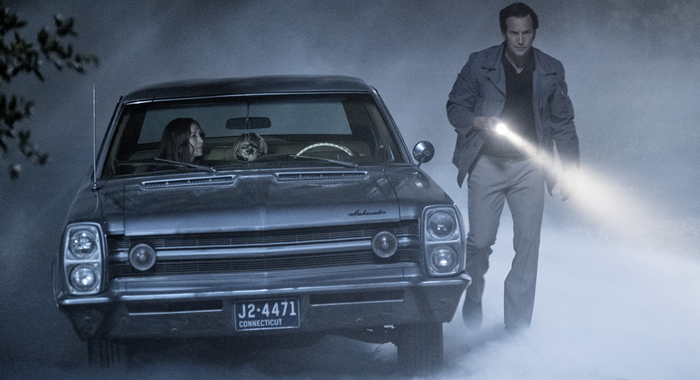 And what does it get wrong?

My only complaint about Annabelle Comes Home is that it is a little slow in the second act.
– Alyse Wax, ComingSoon.net

If Annabelle Comes Home has a serious flaw it’s that it builds so much tension as we wait for the demons to attack that it collapses under its own weight after a while.
– William Bibbiani, Bloody Disgusting

Takes so long to get moving that Annabelle herself should demand a do-over.
– Jeannette Catsoulis, New York Times

There’s a handsome framework but nothing at its center, a script that quickly eschews anything resembling a plot, choosing to bombard us with cheap funhouse trickery instead.
– Benjamin Lee, Guardian 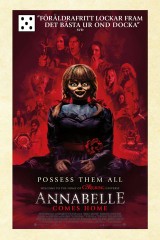