Critics Loved American Gods, But What Did Viewers Think? 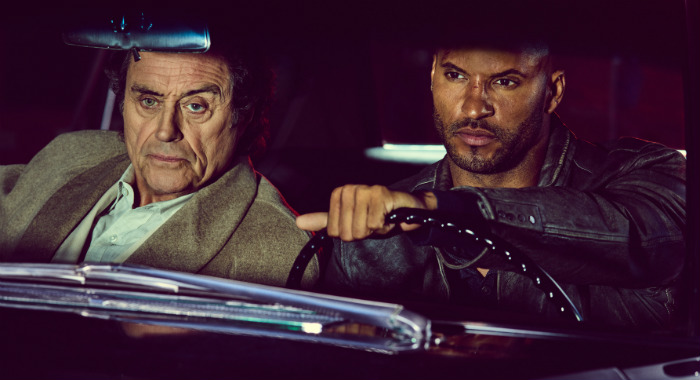 After more than 15 years, Neil Gaiman‘s epic fantasy book American Gods has made it on screen, and critics ate it up, awarding the new series 91% on the Tomatometer ahead of its debut. Starz’s adaptation of the novel premiered Sunday night to plenty of praise from fans — it seems they liked the faithful translation of the source material to TV, especially in the hands of creators Bryan Fuller (Hannibal) and Michael Green (Logan).

Here’s how fans on Twitter reacted to the biggest moments of the new series.

Spoilers ahead: stop here if you haven’t seen season 1, episode 1 of American Gods.

Before we met our main players, we witnessed the bloody telling of a group of Vikings — centuries older than the ones we know of — who washed up on the shores of the land that would become America, but weren’t welcome. Without enough wind to sail home, they moved on to the next natural step: human sacrifice (first their eyes, then human lives). The rituals were violent, but eventually worked.

Jeez. Don't know if it's better to be in the beginning of the line for the red hot knife in the eye or the end. #AmericanGods #Gawds

Okay that is some serious arrow overkill #AmericanGods #Gawds

The flying arm just killed someone. I'm sold on #AmericanGods. I will be here every Sunday from now on ??? #Gawds

Mfw that dude's head got full on spliced in half with an axe and exploded like a damn cherry between two fingers. #AmericanGods #Gawds pic.twitter.com/vMIQWMT8q1 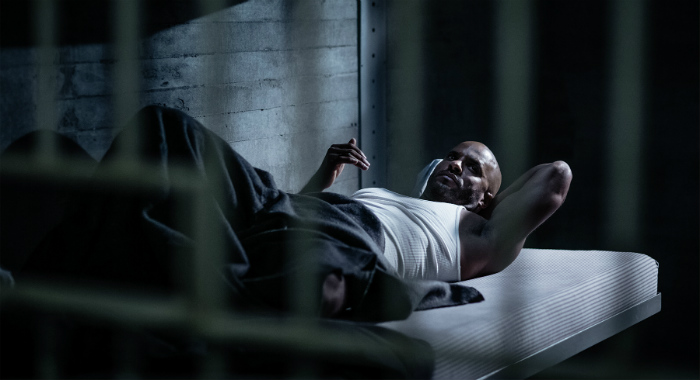 We met our hero, Shadow Moon (Ricky Whittle) for the first time just as he was getting out of prison — three days early, even! Except his early release was because his wife died and he had to get to the funeral.

Uh-oh, the trees are not happy #Gawds #AmericanGods

Laura And Robbie died in the same accident. What a coincidence. #Gawds #AmericanGods

Though he tried to fly home, the airline customer service woman refused to help him out. Thanks to a lesson from his prison buddy, though, he realized that he should do everything in his power to contain his anger. Don’t mess with airline ladies. Ever.

No, never piss off those bitches at airports ? right @jonathanmtucker https://t.co/r5SMdMMi3O

On the plane and finally on his way home, Shadow met a mysterious con man named Mr. Wednesday (Ian McShane), who tried to hire him to be his bodyguard/assistant/muscle.

Mr. Wednesday, the OG scammer of the system ?#AmericanGods #Gawds

No one else could've played Wednesday #AmericanGods #Gawds

Even at 74 Ian McShane is still bae #AmericanGods #Gawds

Bless @BryanFuller for getting Ian McShane as Mr. Wednesday on #AmericanGods he makes this entire show. #Gawds

And just like that Wednesday is asleep. LOL #AmericanGods #Gawds 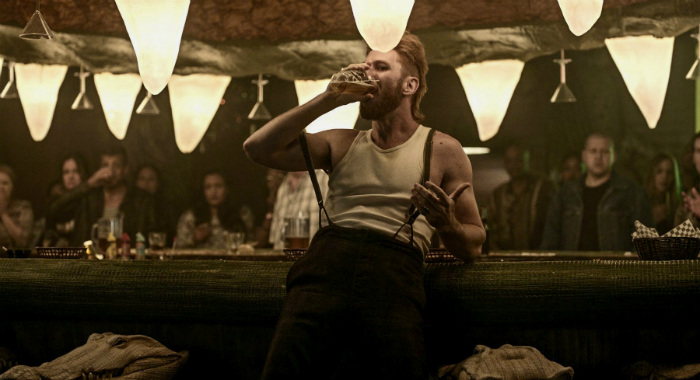 Shadow refused, but after running into Wednesday again at a bar in the middle of nowhere, he relented. Then he got into a fist fight with a leprechaun named Mad Sweeney (Pablo Schreiber), who was very good at coin tricks and also goading Shadow into fighting him.

Want to know the secret? He'll fight you for it. #AmericanGods pic.twitter.com/LvSfFPDmOY

Mr. Wednesday watching this fight like he didn't play a part in it. #AmericanGods #Gawds pic.twitter.com/YZR75A0nNM

Bilquis Is a Maneater

Meanwhile, in Hollywood, a schlubby dude (Joel Murray) and a smokin’ hot goddess hooked up in a hotel after meeting on Tinder, because that’s just how things work in Los Angeles. Except it turns out the smokin’ hot lady, Bilquis (Yetide Badaki), is actually an actual goddess who consumed the dude’s life force as they banged. It was both awe-inspiring and unsettling for some fans.

Did that just happen?? Wow, what did I just watch? #AmericanGods #Gawds pic.twitter.com/Nlc8Ri9qZ2

I want to be Bilquis tho? Like, the power to make men worship me and then consume their lifeforce? Hells yeah. #AmericanGods #Gawds

new favorite god is bilquis, please tell me we get more crazy scenes from her??? @YetideBadaki #AmericanGods

Me out here considering risking it all for Bilquis. #AmericanGods #Gawds pic.twitter.com/DhBs3g1kaJ

After quite the adventure, Shadow made it to his wife’s funeral — only to find that the reason his wife, Laura (Emily Browning), and his BFF, Robbie, died on the same day is because they were having an affair. Robbie’s wife was not pleased, and tried to get revenge with Shadow in the graveyard. (He wasn’t into it.)

"'I am trying to get my dignity back here!' She screamed, straddling her dead husband's best friend in a graveyard." #Gawds #AmericanGods

Laura in the coffin when she heard her tea being spilled. #AmercianGods #Gawds pic.twitter.com/SpfhpE6Ha7

Homegirl's face when she told him his wife died cheating on him #AmericanGods #Gawds pic.twitter.com/C8UwQXcCcr

The biggest change from the novel to the TV show is Technical Boy (Bruce Langley), who got a major tech upgrade thanks to the fact that it’s 2017 and technology has advanced a ton beyond where it was when Gaiman’s book came out in 2001.

Fans seemed pleased by the changes.

I can't deal with Tech Boy that hair. What did he tell his barber " Something like Macklamore but a little bit of Luda" #AmericanGods #Gawds

Have we slipped into a Daft Punk video and no one told me. Also, this is a perfect change/adaptation #Gawds #AmericanGods

Though Technical Boy tried to delete Shadow, our hero was miraculously saved. By who? That’s a question to be answered another week.

This show is visually stunning! I love it! #AmericanGods #Gawds pic.twitter.com/bZMJclVFD9

Not being able to binge is the worst. #AmericanGods #gawds

Probably going to have to watch that again #Gawds

I'm really liking this show. Off of one episode It delivers both clear and obscure messages without sacrificing story #Gawds #AmericanGods

@AmericanGodsSTZ is everything I'd hoped it'd be and more. I love how they encapsulated the internet in Technical​ Boy. Bring on the rest!

@AmericanGodsSTZ decided they were going to stay true & not piss off #AmericanGods fans. Y'all the real MVP. #Gawds 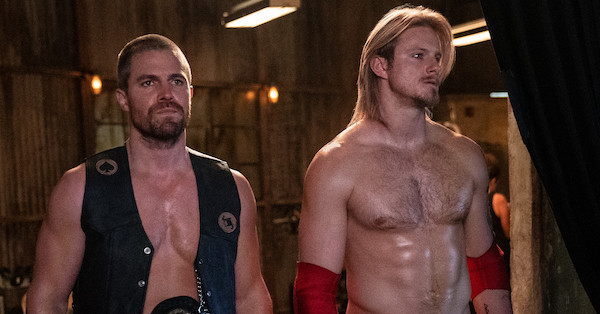