Because Independence Day is on a Thursday this year, this week’s Ketchup is a much slimmer crop of movie development stories to recap, and so what you’ll see here are several stories that probably would not have made the cut in other busier and longer weeks. Included in the mix are new adaptations of classic novels The Grapes of Wrath and The Sound and the Fury, new roles for Nicolas Cage and Helen Mirren, and a remake of Jacob’s Ladder.

WHEREVER THERE’S REMAKES, THE GRAPES OF WRATH WILL BE THERE

When holidays fall on certain days of the week, the Weekly Ketchup goes from covering seven days to sometimes barely more than half that. And then you can also throw in a slowing down of the news cycle as various Hollywood types take the week off. So here we are, with Independence Day on a Thursday this year, and a Top Story that, in some weeks, might have only barely made the grade: DreamWorks has started negotiations with the estate of author John Steinbeck to produce a new movie adaptation of the 1939 Great Depression novel The Grapes of Wrath. Back in 1940, director John Ford quickly adapted the novel into a movie that is now considered by many to be the definitive Great Depression epic drama. Steven Spielberg will produce this new version, but DreamWorks is quick to note that he will not be directing. This is leading pundits to speculate that the new movie will be produced in time for a release in 2014 to mark the 75th anniversary of the publication of the novel, and since Spielberg is already committed to directing American Sniper for 2014, that rules him out. So, who is the 2013 equivalent of Henry Fonda?

#1 NICOLAS CAGE TO HUM ALONG TO A LOST MELODY

After an opening run that included Crumb, Ghost World, and Bad Santa, director Terry Zwigoff has only added one credit to his name in the last ten years (2006’s Art School Confidential). That may finally change with the news this week that Nicolas Cage is in talks to star in an independent film called Lost Melody, which Terry Zwigoff is already signed to direct. If he signs, Cage will play a “man who’s trapped in a marriage to a shrewish wife [who] falls in love with a prostitute.”

#2 HELEN MIRREN TO SET OUT ON THE HUNDRED-FOOT JOURNEY

Helen Mirren has signed with DreamWorks Pictures to star in an adaptation of the Steve Knight novel The Hundred-Foot Journey, about the competition between two restaurants (one Indian, the other French) on opposite sides of a street in Southern France. Mirren will play the proprietor of the French restaurant while rising star Indian-American actor Manish Dayal (90210) will play the son of the Indian family across the street. The Hundred-Foot Journey will be directed by Lasse Hallstrom (Chocolat, The Cider House Rules).

Logan Marshall-Green is probably best known for costarring in Prometheus. Wyatt Russell is the son of Kurt Russell and Goldie Hawn. And this week, the two young actors signed to star in the indie drama Turk about hockey players in the 1970s. Logan Marshall-Green will play Derek “Turk” Sanderson, a star player for the Boston Bruins, who led the team to win the Stanley Cup before derailing his career over drugs and alcohol. Turk was cowritten and will be directed by Doug Atchison (Akeelah and the Bee).

Marcia Gay Harden (who won an Academy Award for Pollock, and was nominated for Mystic River) and Jacki Weaver (who was nominated for Animal Kingdom and Silver Linings Playbook) have been cast in supporting roles for Woody Allen’s next untitled film, set to start production soon in the South of France. Emma Stone and Colin Firth were cast back in April as the film’s leads. Also joining the cast are Eileen Atkins, Hamish Linklater and Simon McBurney. Woody Allen’s first film set in France was Midnight in Paris, and this untitled film will be Allen’s eighth movie filmed somewhere in Europe. This was a big week for movies about the South of France.

#5 JAMES FRANCO TO KEEP ADAPTING WILLIAM FAULKNER UNTIL IT WORKS

Actor James Franco directed a recent adaptation of William Faulkner’s As I Lay Dying, but you may not have heard much about it because it sort of landed at Cannes with a critical thud. Franco isn’t letting that stop him, however, from trying again with another Faulkner adaptation, this time of The Sound and the Fury. In addition to directing, Franco will star in the drama about a family of Southern aristocrats fallen upon hard times in the early 20th Century. Franco hopes to also cast his brother Dave, Mad Men star Jon Hamm, and Franco’s frequent costar Danny McBride.

Most weeks, there’s simply too much going on for the various “post apocalyptic teen novel trilogies” to make the cut in the Weekly Ketchup. This is a half week, and most people are on vacation, so this week, you can get to read about two of them. First up, there’s Hollywood writer/director Chris Weitz (About a Boy, American Pie), who is branching into literature with an upcoming novel called The Young World, which is planned as the first of a trilogy. And so, of course, someone in Hollywood (Warner Bros this time) won a bidding war for the rights to this book, which might not even be popular enough with teen readers to lead to an actual published trilogy. Anyway, The Young World is about a group of teenagers living in New York City after a cataclysmic event rather conveniently kills off everyone younger than 12 or older than 21. That may have also have been the premise of an episode of original Star Trek.

This story is so similar to the previous one that we can basically just insert different keywords, all Mad Libs style. This time, the studio is DreamWorks, and the author is Francesca Haig, and she’s an actual author, not a Hollywood bigwig branching out. The not-yet-published first-novel-in-a-post-apocalyptic-trilogy this time is called The Fire Sermon. This one is set a little further out, 400 years after a nuclear apocalypse, when all human births are sets of twins, one of which is perfect (the Alpha), and the other has mutations (the Omega). The twins are separated into different camps, which makes The Fire Sermon sound a little like The Hunger Games or Divergent or… zzzz. Please wake us when enough of these YA adaptations bomb to stop this trend. Thanks.

#2 HOW DO YOU SPEND $65 MILLION ON SOMETHING THAT SOUNDS LIKE A MADE-FOR-LIFETIME MOVIE?

Someone in England is putting up $65 million to make a movie about the murders of Nicole Brown Simpson and Ronald Goldman. But what’s stranger than that is that the movie will be called An American Mystery (ie, what’s the mystery, again?). There are many reasons this movie could be a Rotten Idea, but the easiest explanation has to do with its director. Back in 2009, Joshua Newton made a film then called Iron Cross, which was Roy Scheider’s last film. And then the first reviews came out, and the movie was shelved for years, until finally later in 2013, it will be released as Justice/Vengeance.

It’s been a while now that it seemed like pretty much every movie from the 1980s that could be remade has either been remade, or will be soon (Poltergeist, RoboCop, etc.). And so, the wave of remakes has to start devouring the 1990s, and this story is an example of just that. Jacob’s Ladder was a fever dream of a movie (figuratively but almost literally) when it came out in 1990. And now screenwriter Jeff Buhler (The Midnight Meat Train) is working on a rewrite of a remake of Jacob’s Ladder. The best line from the Hollywood Reporter story about this remake is this one: “The producers are looking to make something more akin to an homage and not mimic the original.” What used to be remakes and then were reboots are now “homages.” Yeesh. 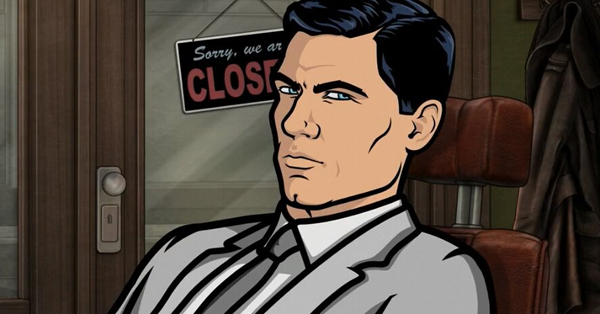 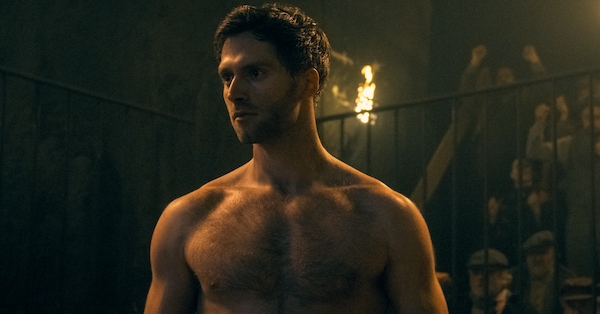